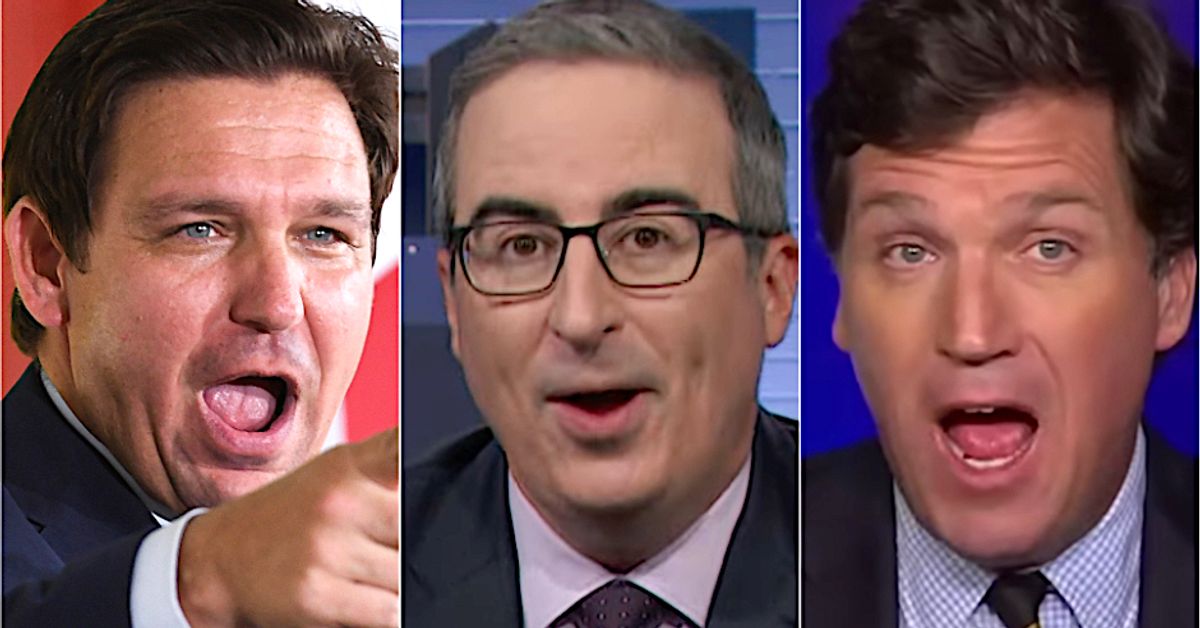 DeSantis lured migrants from Texas onto a plane, then had them dropped off on Martha’s Vineyard in Massachusetts.

“This stunt was both grim and deeply cynical,” Oliver said on “Last Week Tonight” on Sunday. ”Especially given that the migrants were reportedly lured there with empty promises of jobs and housing, and even handed brochures listing government assistance that they were not eligible for.”

But as Oliver noted, DeSantis can’t even claim credit.

He appears to have stolen the idea from Tucker Carlson, who not long ago urged sending migrants to Martha’s Vineyard “in huge numbers.”

Oliver pointed out the problem with that plot.

“First, Martha’s Vineyard is an island that has a year-round population of under 20,000,” he said. “So suggesting sending 300,000 people there is a little like suggesting you let Tucker Carlson bring you to sexual completion. It isn’t just a disgusting idea. It’s a logistically impossible one.”

Yet that’s what appeared to have inspired DeSantis.

“I guess it is true what they say,” Oliver said. “Good artists borrow, great artists steal, and racist governors get their ideas yelled at them by the human equivalent of the boat shoe found at the scene of a hazing den.”

And that’s not the only problem Oliver spotted:

Turns out, the Florida governor is just a tool for Fox News and Tucker Carlson…just like the rest of the Republican politicians. pic.twitter.com/hvxgYHqnNY