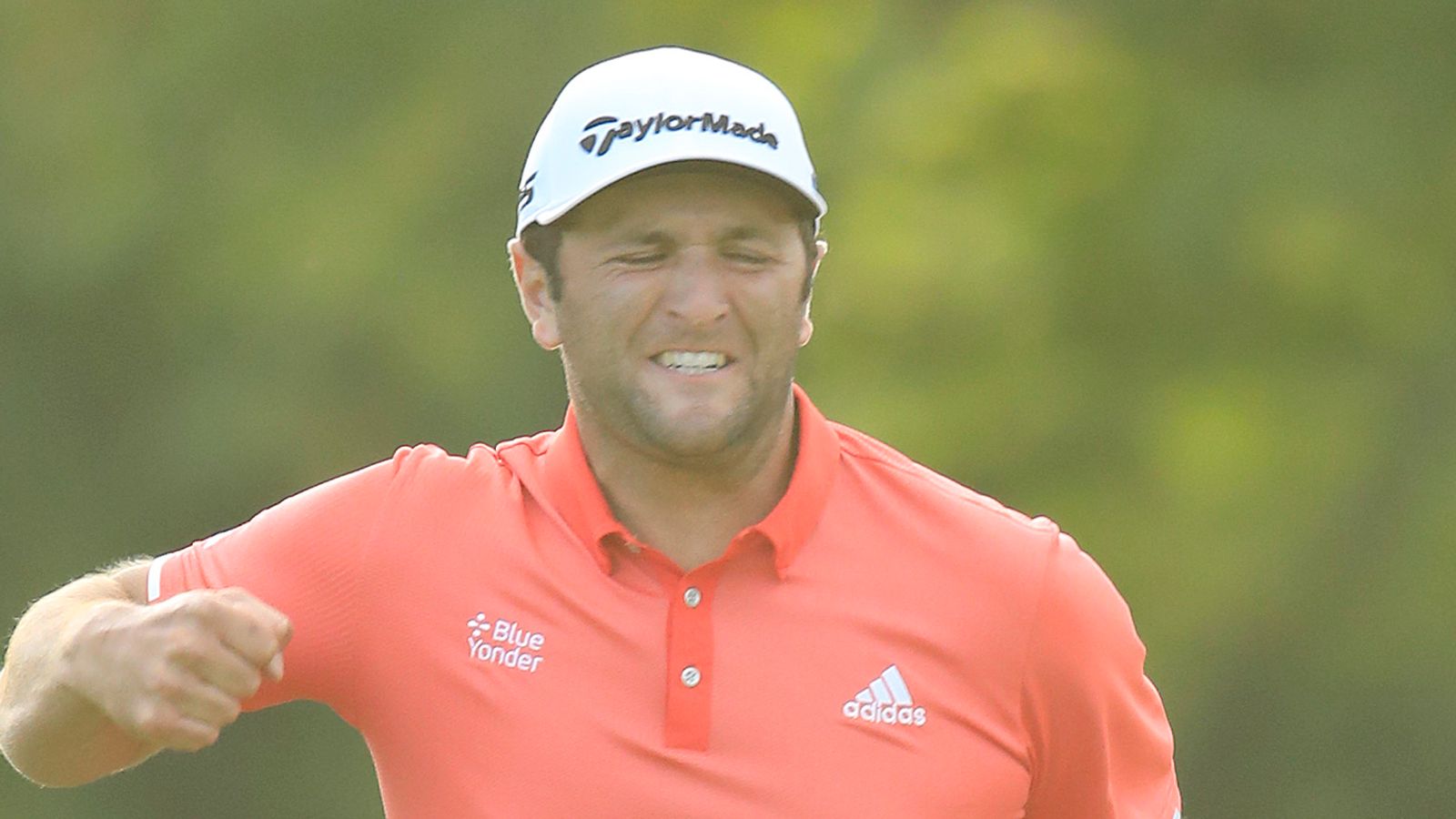 “If you’re going to tell me I’m going to make a 66-footer to win a tournament, I’ll take that any day”

Jon Rahm was stunned by a “roller coaster” final hour at the BMW Championship after he holed a huge putt on the first play-off hole to deny Dustin Johnson back-to-back FedExCup wins.

Rahm was six over par at the halfway stage at Olympia Fields, but he got back into contention with a third-round 66 despite incurring a one-shot penalty for picking his ball up without marking it on the fifth green.

The Spaniard trailed by three strokes overnight, but he powered to the top of the leaderboard with a superb closing 64, the best round of the tournament, which gave him the clubhouse lead on four under.

He had one hand on the trophy with Johnson lining up a double-breaking, downhill 45-footer for birdie on the 72nd green, but the American somehow found the centre of the cup to force extra holes.

However, Rahm then bettered Johnson’s putt as he hit the target from 66 feet, and he was crowned champion moments later when the world No 1 left his birdie putt short from half that distance.

“I still can’t believe what just happened in that last hour of play,” said Rahm, whose win was not quite enough to regain the world No 1 ranking from his rival. “Making birdie on 15 with a six-iron for my third shot, and then I birdied the par-three and had chances on the last two.

“Then that stretch of waiting for DJ, him making the putt, going into the play-off, me making the putt, then trying to stay mentally in it just in case he made the last putt. It’s been a roller coaster but so much fun. I think the best way I can explain it is it was just a lot of joy on the golf course for me because that’s what I set out to do.

“It’s a difficult course, you have to play good. People were playing good early so I knew we could get some birdies in and have a lot of fun doing it. That’s probably the reason why everything turned out the way it did. I stayed aggressive because I was feeling comfortable with the driver, and it paid off.

“I would have rather not been in the play-off, but if you’re going to tell me I’m going to make a 66-footer to win a tournament, I’ll take that any day. I think we all want the flashy finish, maybe not the stress that comes with it, but I set out with myself to enjoy even the uncomfortable moments we had out there today, and man, it was fun!”

Johnson was magnanimous in defeat and was satisfied that he had achieved his aim of retaining top spot in the FedExCup standings heading into the Tour Championship at East Lake.

“I knew I needed to make birdie to get into the play-off, I hit an unbelievable putt, but then Jon made an even more ridiculous putt on top of me,” said Johnson, who also clung onto his world No 1 ranking.

“Obviously the goal was to be No 1 going into East Lake, and I am still No 1. I like my position, and I feel like my game is in really good form right now. I’m really, really pleased with all aspects of the game. I’m really looking forward to next week and a chance to win the FedExCup.”