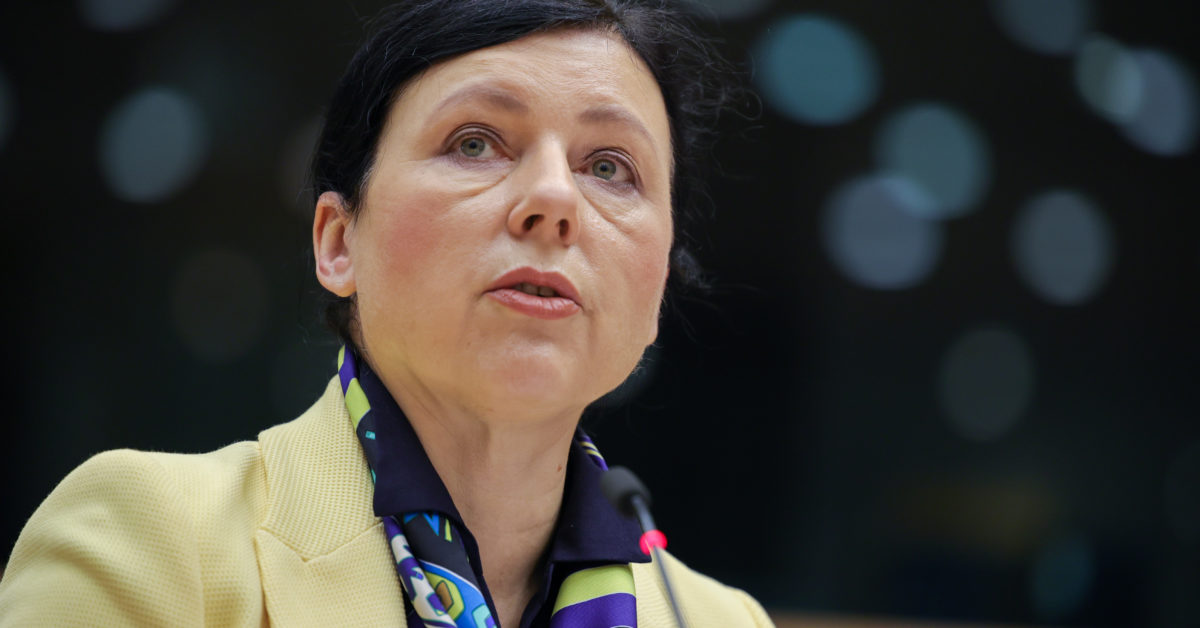 As members of the European Parliament debated the state of press freedoms in Hungary, Poland and Slovenia on Wednesday, the Commission signaled deep concern about recent developments.

In Hungary, she said, the independent KlubrÃ¡diÃ³ outlet lost its broadcasting license â€œbased on grounds which have raised concerns.â€ In Poland, she pointed to â€œdraft legislation on an advertising tax targeting media outlets.â€ And in Slovenia, she described â€œcontinuous attempts to undermine the sustainable funding and the independence of the national press agency, and frequent verbal attacks against journalists.â€

But, she noted, Brusselsâ€™ ability to do something is constricted, limited to avenues such as the Commissionâ€™s rule-of-law report, which publicized these concerns, and several initiatives aimed at improving journalistsâ€™ safety and mediaâ€™s economic standing.

â€œThe reality is, as you know well, that the competences of the Commission when it comes to media are very limited,â€ JourovÃ¡ told the MEPs. â€œWhilst we will use those competences in a very diligent manner, I want us to identify how we can widen and strengthen the toolbox that the Commission has â€” from financial support to regulation and enforcement actions.â€

JourovÃ¡ said she will meet with fellow commissioners to discuss how to better finance media outlets, ensure reporters are protected and use competition policy to address mergers that limit media plurality.

But while the European Parliament debate underscored growing concerns about media freedom, it also highlighted political divisions and divergent views on what â€” and where â€” the problem lies.

Some members of the center-right European Peopleâ€™s Party group who participated in the discussion focused their comments on the situation in Poland â€” where the ruling party, Law and Justice, belongs to the European Conservatives and Reformists Group.

Many members of liberal, left-wing and Green groups, meanwhile, pointed to worries about the press in other countries as well.

German MEP Birgit Sippel, a member of the Social Democratic Party, said that Polandâ€™s government appears to want to â€œsilenceâ€ the critical press, but also pointed to KlubrÃ¡diÃ³ losing its license in Hungary and â€œthreatsâ€ from Slovenian Prime Minister Janez JanÅ¡a against journalists.

French Green MEP Gwendoline Delbos-Corfield, who serves as the Parliamentâ€™s rapporteur on the rule-of-law situation in Hungary, said â€œthe obituary of independent media in Hungary is getting longer every year.â€

But members from JanÅ¡aâ€™s Slovenian Democratic Party (SDS) â€”Â an EPP member â€” as well as Polandâ€™s Law and Justice partyÂ and Hungaryâ€™s ruling Fidesz party â€”Â which is non-attached after quitting the EPP â€”Â dismissed the debateâ€™s premise.

Romana Tomc, a member of JanÅ¡aâ€™s SDS, said that â€œthe government is not really limiting anyoneâ€ and invited JourovÃ¡ to visit Slovenia to see how the media works.