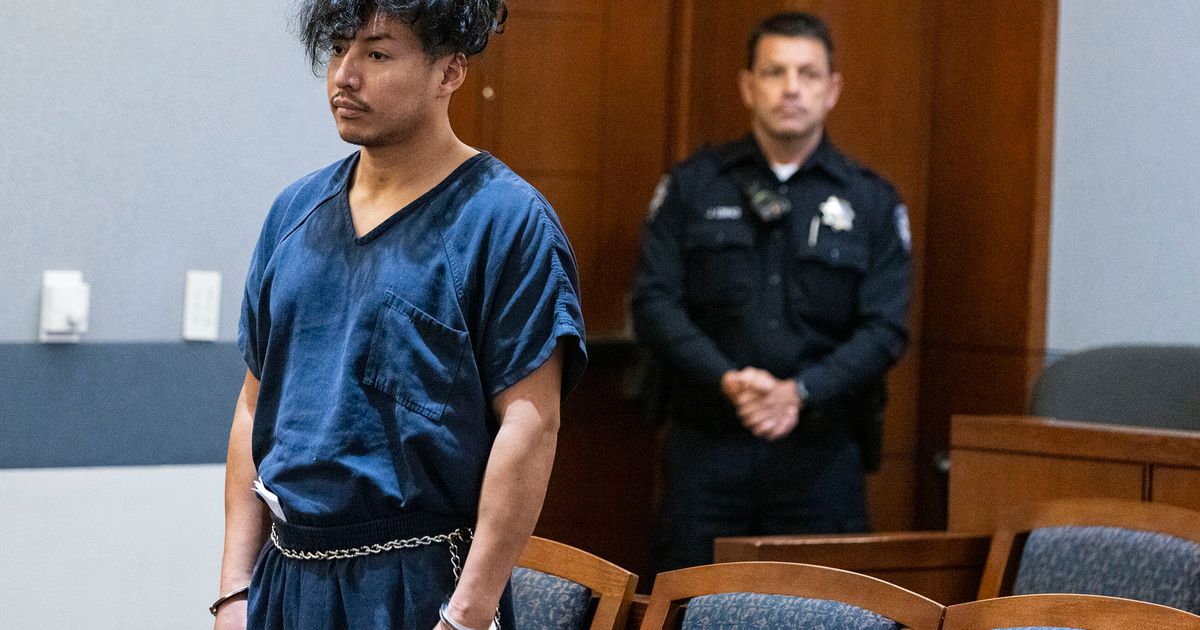 LAS VEGAS (AP) — A judge on Monday approved a competency evaluation by state doctors for a man accused of killing two people and wounding six in a stabbing rampage on a Las Vegas Strip sidewalk, the man’s attorney said.

The suspect, Yoni Christian Barrios, 32, did not appear before a justice of the peace who moved his case to state court for hearings about whether he understands the criminal charges against him, defense attorney Scott Coffee said.

Barrios has remained jailed since his arrest shortly after the Oct. 6 stabbings. If he is found competent, he faces two counts of murder and six counts of attempted murder.

Coffee said a preliminary investigation found that Barrios had a history of mental health treatment in the Los Angeles area, but said he did not yet have complete information and a diagnosis.

Prosecutor John Giordani did not immediately respond to messages. He has said surveillance video clearly shows the attack.

Authorities say Barrios asked sidewalk showgirls to pose with him for a photo before wielding a large chef’s knife to fatally stab Maris DiGiovanni, 30, and Brent Allan Hallett, 46, outside the Wynn Las Vegas resort.

Two other women dressed as showgirls were among the six people wounded in the attack, police said.

Coffee has said he believed Barrios was born in Guatemala and lived in the U.S. for at least several years. It was not immediately clear if Barrios is a documented immigrant.

Coffee said he was aware that a man who identified himself as Barrios approached a videographer for Los Angeles NBC sister station Telemundo 52 on Oct. 4 outside Los Angeles City Hall and asked for help, saying he had lost his home and everything he had.

A police arrest report said that after arriving in Las Vegas, Barrios sought work at the Wynn and asked a hotel janitor to contact U.S. Immigration and Customs Enforcement to return him to Guatemala.

He told police he thought the women who were stabbed were laughing at him and making fun of his clothing, according to authorities.