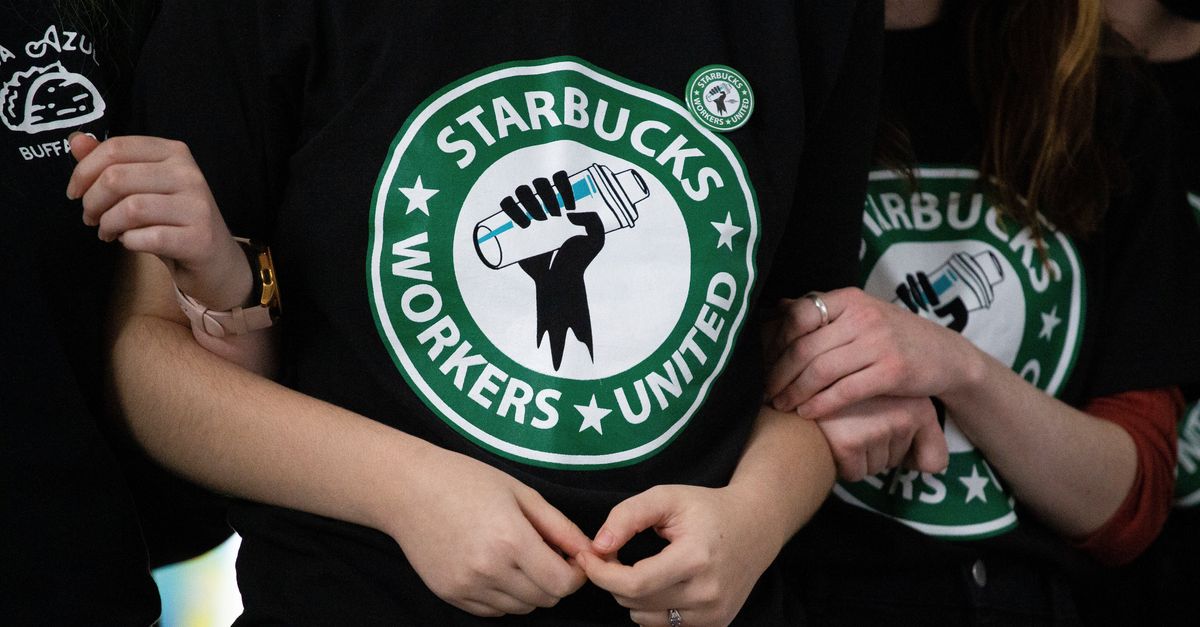 A federal judge in Tennessee has ruled that Starbucks must offer reinstatement to seven workers in Memphis who were fired amid a union organizing drive at their store earlier this year.

The “Memphis Seven,” as the workers came to be known, lost their jobs after taking part in an in-store interview with a local television station about their union effort. Starbucks maintained it fired the workers because they violated store policy by letting nonemployees into the shop after hours, but the baristas’ union, Workers United, said the terminations were retaliatory.

The general counsel of the National Labor Relations Board agreed with the union and pursued reinstatement for the workers, on the grounds that their firings were illegal and could irreparably harm their organizing. U.S. District Judge Sheryl Lipman granted the injunction on Thursday, saying there was “reasonable cause” to believe the firings were anti-union, and clear evidence they had a chilling effect on the campaign.

What ultimately matters in such a case is not whether a worker violated company policy, but whether the company has a history of routinely enforcing that policy in comparable situations. Lipman didn’t buy that Starbucks had such a track record.

The labor board provided “evidence consistent with the theory that Starbucks discriminatorily applied its policies to the Memphis Seven when terminating them,” she wrote. “Specifically, the evidence offered supports inconsistent enforcement of the policies at issue.”

Starbucks must offer workers their jobs back within five days of the order, Lipman wrote. Starbucks said it plans to appeal the ruling and seek a stay, which, if successful, could delay the workers’ reinstatement.

The reinstatement is technically temporary while the underlying case regarding the firings is litigated at the labor board. But the injunction amounts to a legal and public-relations setback for Starbucks. The company has insisted it hasn’t broken the law despite labor board officials filing at least 20 complaints alleging a litany of violations.

The granting of the injunction also serves as a morale boost to the union campaign as it battles the coffee chain in both stores and labor board hearings around the country. Members of the Memphis Seven, including worker Beto Sanchez, posted on Twitter on Thursday to celebrate the judge’s decision and thank supporters for standing with them:

This would not have been without the support from every single one of you ❤️
Those that marched on the streets with us, those that shared our story, those that supported us, those with Memphis 7 on their sign

This is for all workers everywhere

Starbucks said in a statement posted to its website that it “strongly disagree[s]” with Lipman’s ruling.

“These individuals violated numerous policies and failed to maintain a secure work environment and safety standards,” the company wrote. “Interest in a union does not exempt partners from following policies that are in place to protect partners, our customers and the communities we serve.”

A federal judge previously turned down a similar effort by the board’s general counsel seeking reinstatement for Starbucks workers who lost their jobs in Arizona.

Workers United has unionized more than 200 Starbucks stores since December in a remarkable burst of organizing. None of the chain’s roughly 9,000 corporate-owned shops previously had union representation. The campaign that began in Buffalo, New York, has since spread to states across the country, while company managers have descended on stores to discourage them from unionizing.

Workers at the Memphis store ultimately voted in favor of unionizing in June.

The labor board’s general counsel, Jennifer Abruzzo, has alleged that Starbucks has run afoul of the law by firing certain workers, closing stores and offering benefits to workers if they opt not to unionize, all of which the company denies. Abruzzo said in a statement Thursday that Lipman’s ruling was a “crucial step in ensuring that these workers, and all Starbucks workers, can freely exercise their right to join together to improve their working conditions and form a union.”

She also urged other employers to “take note” that the board would vigorously enforce the law to protect workers’ rights.

Nabretta Hardin, another member of the Memphis Seven, said the reinstatement order “goes to show that Starbucks will do everything in their power to silence us.”

“We remain the only store to have organized in Memphis for fear of workers being fired like we were,” Hardin said in a statement through the campaign. “We hope this ruling brings comfort to our partners in the Memphis area and shows them the power they can have in a union.”