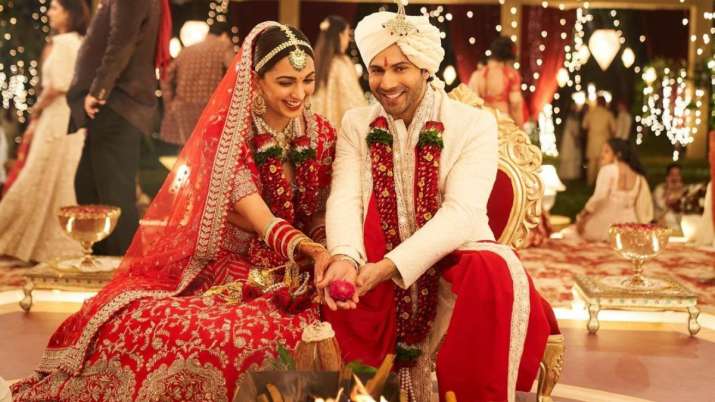 Jug Jugg Jeeyo Box Office Prediction: The last few weeks have been great for moviegoers, all thanks to the release of some great films like Bhool Bhulaiyaa 2, Vikram, Jurassic World Dominion, etc. Well, now it seems that another one is soon going to get added to the list. Yes, we are talking about the upcoming film Jug Jugg Jeeyo which is all set to hit the theatres on June 24. Featuring an ensemble cast including Varun Dhawan, Kiara Advani, Neetu Kapoor and Anil Kapoor, the film happens to be one of the much-anticipated projects of this year. While the cast is busy promoting the same in different cities, fans are excited to know how the movie will perform in terms of its box office numbers. Sailing in the same boat, the latest report states that the advances of the film have already begun and are doing pretty well.

According to Box Office India, “The box office which has been in the doldrums for a few weeks as far as new releases are concerned saw better news today as the advances of Jugjugg Jiyo started pretty well. Its not some huge advance but there is some heartening movement with advance sales and hopefully it continues over the next five or six days with this early advance start. The film will also require some healthy advances before release as it will generally be catering to the major multiplexes and the urban centres.”

Further, the report stated that even though the film has a long way to go but going by the advances it feels that the film could land in between the collection of Gangubai Kathiwadi and Bhool Bhulaiyaa 2. It is expected that it could touch the level of Kartik Aaryan, Kiara and Tabu starrer since the ticket prices are at a higher side. However, the report added that “reaching the admits of Bhool Bhulaiyaa 2 would be more a much stiffer task.”

If the advances go on this level, then Jug Jugg Jeeyo is expected to have a great start and should see some decent numbers on Friday. Moreover, “if the current also moves well then it may actually turn out to be a good opening for Jugjugg Jeeyo. It will be midweek when it will be known where exactly is the advance moving.”

Speaking about the film, it revolves around the problems in new-age relationships. Its trailer has received an immense response from the audience. Not only this but even the songs are being loved by many.