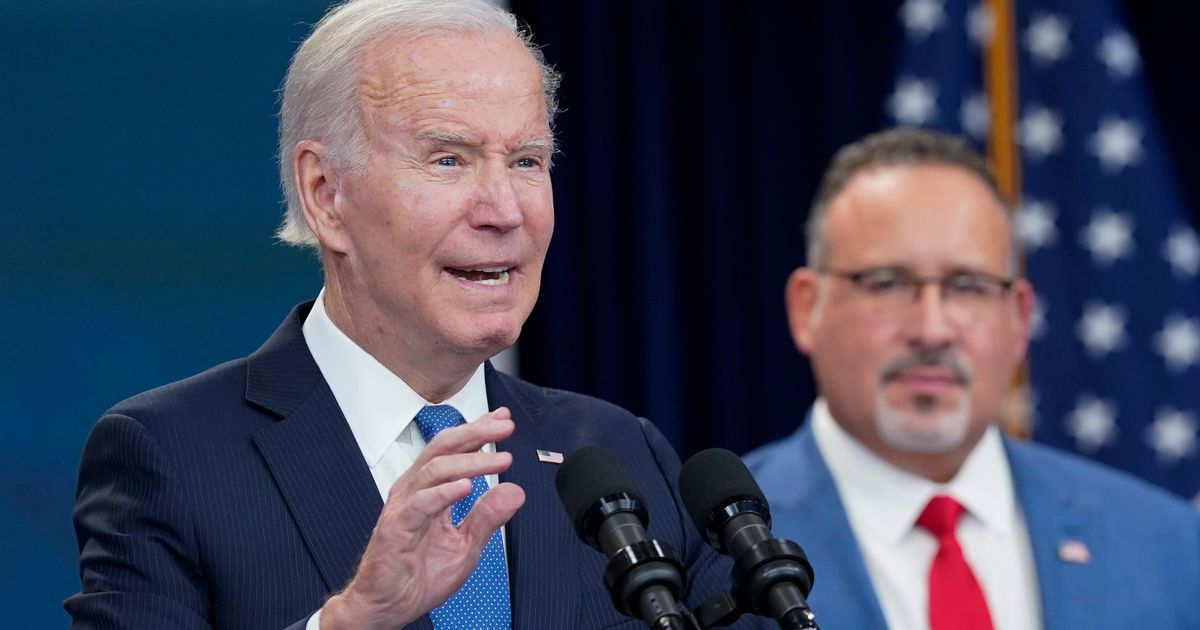 The Justice Department on Monday defended the legality of President Joe Biden’s student loan forgiveness plan, while a court weighs in on an effort by six Republican-led states to block the action.

The 8th Circuit Court of Appeals on Friday temporarily blocked Biden’s plan while it considers an appeal from Arkansas, Iowa, Kansas, Missouri, Nebraska and South Carolina, which are challenging a district court’s ruling that threw out their case.

The Justice Department wrote a brief to the court, arguing the lawsuit is “based on speculation about possible downstream economic effects” of the action, and called on the court to allow the administration to continue its work on the program in the meantime, according to CNN.

The department added that Education Secretary Miguel Cardona was within his right to act invoke the 2003 Higher Education Relief Opportunities for Students Act “to prevent pandemic-induced harm to lower-income student-loan borrowers.”

The act, which was passed in response to the Sept. 11, 2001, terrorist attacks, allows the education secretary to alter student financial assistance programs in the event of “a war or other military operation or national emergency.”

“Congress hardly could have expressed more clearly its intent to give the Secretary maximum flexibility to ensure borrowers are not worse off financially because of a national emergency,” the Justice Department added.

The six states lost the original lawsuit, as U.S. District Judge Henry Edward Autrey ruled they had not demonstrated the plan would cause them direct harm.

“The Court lacks jurisdiction to hear this case,” the judge said.

The states had argued Biden’s plan is “not remotely tailored to address the effects of the pandemic on federal student loan borrowers,” as required under the 2003 law the administration used to justify the debt relief.

Cardona on Saturday posted a video on Twitter, addressing the legal challenges the administration has faced and calling out Republicans who have taken issue with student loan forgiveness but benefited from debt forgiveness of the Paycheck Protection Program loans during the pandemic.

“As you know, we faced more than half a dozen lawsuits, many from places that accepted PPP loan relief last year. But we’re not deterred. We’ll keep fighting for you and pushing through,” Cardona said.

Amid some Republicans trying to block our student debt relief program, we are moving full speed ahead, preparing for implementation so we can deliver relief to borrowers who need it most. pic.twitter.com/g3SMEhbSQz

The White House on Monday said 22 million student borrowers had already applied for the relief as of Friday.

White House press secretary Karine Jean-Pierre repeated that the court’s administrative stay order does not prevent people from continuing to apply for the program.

“The order also does not reverse the lower court’s dismissal of the case or suggest that the case has any merit at all. It merely prevents debt from being discharged until the court makes a decision,” she said.

Asked if Biden would consider re-extending the pause on student loan payments, which is set to expire in January, Jean-Pierre said she wouldn’t get drawn into hypothetical scenarios.

“We’re just going to let the process play out,” she said.