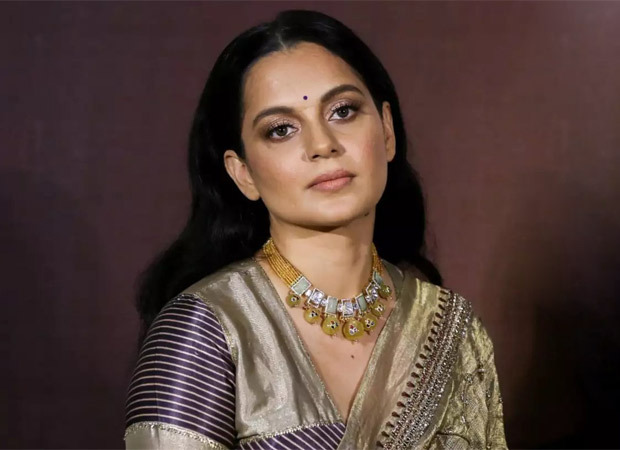 Actress Kangana Ranaut continues to stay in the headlines. The actress has multiple cases filed against her, filed in 2020. The actress has moved the Supreme Court seeking the transfer of three criminal cases from Mumbai to Himachal Pradesh.

The petition filed through Advocate Neeraj Shekhar reads, “Petitioners face a threat unto life if the trials proceed in Mumbai, because of a personal vendetta of Shiv Sena leaders against the petitioner.”

Advocate Ali Kashif Khan Deshmukh had filed a criminal complaint against Ranaut before the Andheri Magistrate Court for allegedly spreading communal hatred. According to Live Law India, â€œCourt ordered an inquiry under Section 202 of CrPC and called for a police report on the allegations against the siblings. Judge Bhagwat T Zirape was hearing a complaint filed by Advocate Ali Kaashif Khan Deshmukh for offences punishable under Sections 153-A, 153-B, 195-A, 298, 505 read with Section 34 of the Indian Penal Code. Advocate Ali has recently filed another complaint against Kangana Ranaut before the Andheri Magistrate Court for allegedly causing disharmony between Hindus and Muslims and for allegedly mocking the judiciary after a Magistrate Court in Bandra ordered FIR to be registered against Kangana and her sister.â€

The second complaint was filed by veteran lyricist, Javed Akhtar, before the Court of Metropolitan Magistrate, alleging that the actress had made defamatory statements on national and international television against him. He alleged that “it appears to be a clear campaign to malign and tarnish the reputation of the complainant (Akhtar) in the eyes of the general publicâ€. The case was filed under sections 499 and 500 of the Indian Penal code pertaining to defamation. Akhtar had recorded his statement in January 2021 whereas the actress failed to appear before the court after she was summoned. Then the court issued a bailable warrant against her.

The third case was filed by casting director Munawar Ali Sayyed alleging that Kangana Ranaut and Rangoli Chandel tried to create a communal divide. The FIR was registered for offences punishable under Sections 153 A, 295 A, 124 A r/w 34 of IPC. According to Live Law India, the casting director referred “to instances wherein Kangana and Rangoli’s tweets were allegedly communal. Her tweets on the lynching of Hindu Sadhus at Palghar, calling the BMC “Babur Sena” after her office was demolished, claiming that she is the first person to make a movie on Chhatrapati Shivaji Maharaj and Rani Laxmi bai of Jhansi in an “Islam dominated industry”, blaming Jamaatis for spreading Coronavirus etc are cited by the complainant alleging that Kangana tried to create hatred and communal tensions between Hindus and Muslims deliberately.” Since then the sisters have moved Bombay High Court to quash the FIRs which was opposed by Sayyed.

ALSO READ:Â Karnataka High Court refuses to stay proceedings against Kangana Ranaut over her remarks on farmers amid protests