Kangana Ranaut reacts to ‘Boycott Laal Singh Chaddha’ trending; says, “I think all the negativity around the film is curated by Aamir Khan Ji himself” : Bollywood News – Bollywood Hungama 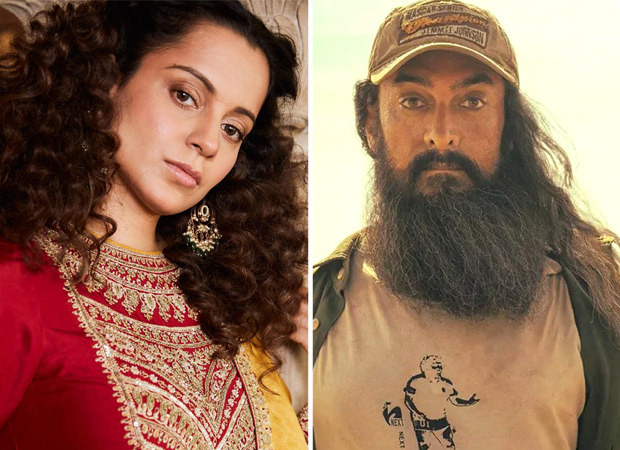 Readers would be aware that the social media is currently trending with Boycott Laal Singh Chaddha owing to an old comment about ‘intolerant India’ made by Aamir Khan as well as when Kareena Kapoor Khan extended her support towards a gang rape victim, which was a 3 year old in Kathua. Followed by the same, the internet went into frenzy as people started posting hate comments and asking everyone to Boycott Laal Singh Chaddha. And now, Kangana Ranaut has posted her opinion, speaking about the issue.

Kangana Ranaut reacts to ‘Boycott Laal Singh Chaddha’ trending; says, “I think all the negativity around the film is curated by Aamir Khan Ji himself”

Kangana Ranaut took to her Instagram story to write, “I think all the negativity around upcoming release Laal Singh Chadha is skillfully curated by mastermind Aamir Khan Ji himself. This year no Hindi films have worked (barring one exception of a comedy sequel). Only South films deeply rooted in Indian culture or with local flavour have worked. A Hollywood remake would have not worked anyway…But now they will call India intolerant.”

She went on to add, “Hindi films need to understand the pulse of audiences. It’s not about being a Hindu or Muslim…even after Aamir Khan ji made a Hinduphobic PK or called India intolerant he gave biggest hits of his life… please stop making it about religion or ideology. It takes away from their bad acting and bad films.”

Referring to this trend, Aamir Khan too had shared his thoughts on Boycott Laal Singh Chaddha trending on social media adding, ““I feel sad about it. Also, I feel sad that some of the people who are saying this, in their heart, they believe that I am someone who doesn’t like India. In their hearts they believe (so), but it is untrue. It is rather unfortunate that some people feel that way. That’s not the case.”

Talking about Laal Singh Chaddha, the film is the official remake of the Oscar winning Tom Hanks film Forrest Gump. It features Aamir Khan and Kareena Kapoor Khan in the leading role with Naga Chaitanya making his Bollywood debut with this film. The film is slated to release on August 25.

Also Read: Koffee With Karan 7: Kareena Kapoor Khan was not the first choice of Aamir Khan’s Laal Singh Chaddha; Saif Ali Khan convinced her to do screen test: ‘I had never done it in 22 years’