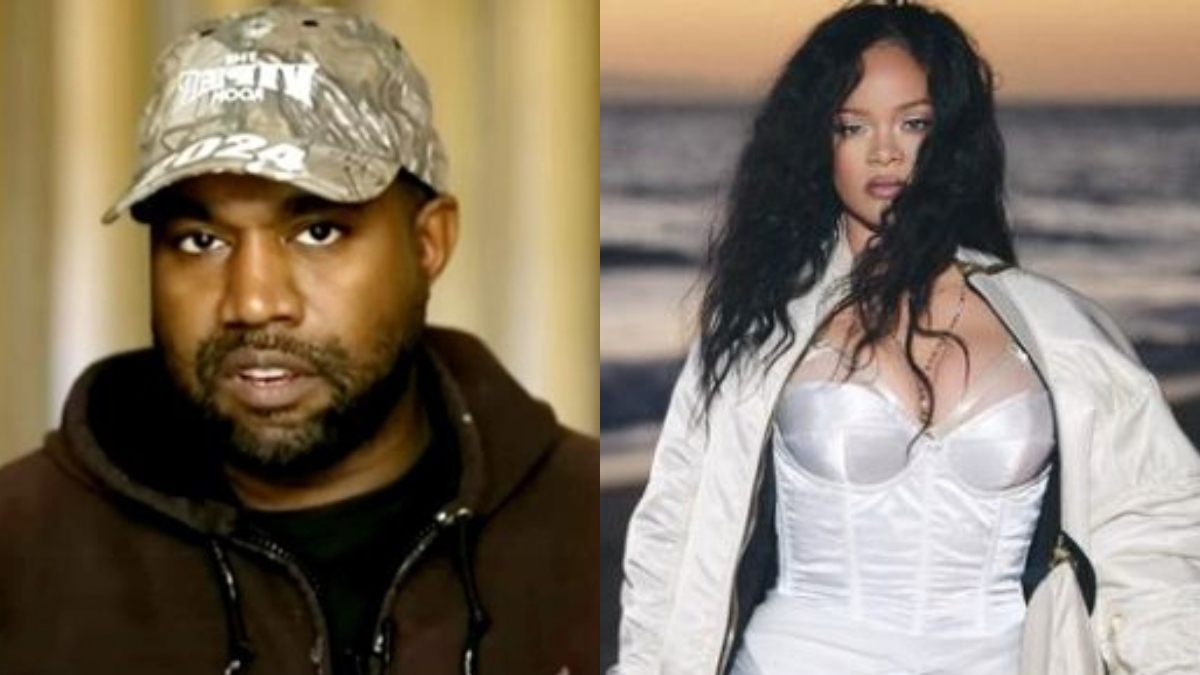 According to TheWrap, several audience members were shocked by Ye’s remark while he weighed in on Rihanna’s drama with her ex, Chris Brown. He allegedly took sides with the R&B crooner following his 2009 assault of the Barbadian singer, reports aceshowbiz.com.

One of the audience members, David Maldonado, quoted Kanye as saying, “Chris Brown’s career is basically over and you have Rihanna and everyone took her side.” Ye allegedly added, “She must have done something to merit what happened to her.”

It was not the only comment that didn’t make a final cut for the interview. Ye also talked about #MeToo movement and repeated right-wing conspiracy theories, claiming that liberals treated anyone wearing Donald Trump’s red MAGA hat “like they were Nazis.

“It was shocking to see that Kanye West could share harmful alt-right beliefs, conspiracy theory after conspiracy and misogynistic beliefs about women for the majority of the interview and end up with an edit that removed all those items in favor of celebrity fluff content,” another audience member Noah Reich explained.

Meanwhile, the production company behind David’s show Worldwide Pants, Inc., told TheWrap that the episode was shot for more than five hours over two days before being edited down to 55 minutes. “Nearly four years ago, in an interview for ‘My Next Guest’, Kanye West discussed a wide range of topics with David Letterman, including, family, fatherhood, music and creativity,” said the production company.

“Kanye also told Dave that he had just been diagnosed with bipolar disorder six months earlier, which led to a personal discussion about mental illness, its stigma and treatment, and for the first time he talked about what he experiences when he has bipolar episodes,” it continued.

The statement continued, “Mr. West subsequently began an offensive rant about the MeToo movement. He also later spoke about liberals purportedly bullying Trump supporters, and about free speech being suppressed,” the statement added.

“These points were represented in the show, the producers went to great lengths to accurately present them, and Dave challenged him on each of these.”