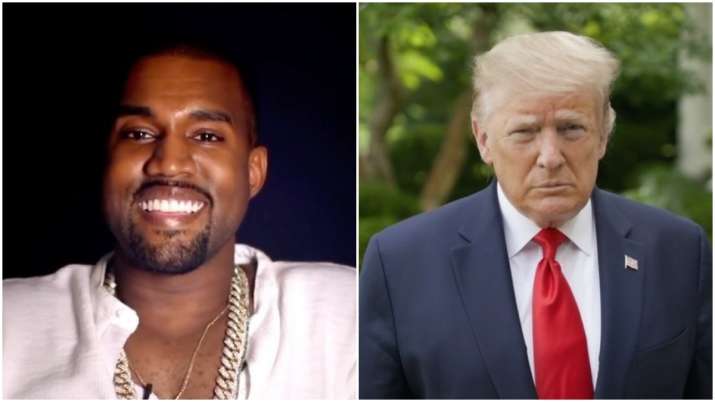 Rapper Kanye WestÂ revealed in an interview with Forbes that he will run for the position of President of the United States under his own party, the Birthday Party, and he no longer supports President Trump. The Chicago rapper said that he will receive guidance from Elon Musk and his wife Kim Kardashian-West.

“I am taking the red hat off,” he said. “It looks like one big mess to me. I donâ€™t like that I caught wind that he hid in the bunkerâ€¦ One of the main reasons I wore the red hat as a protest to the segregation of votes in the Black community. Also, other than the fact that I like Trump hotels and the saxophones in the lobby.â€

Kanye West furtherÂ told Forbes he believed â€œPlanned Parenthoods have been placed inside cities by white supremacists to do the Devilâ€™s work.â€ The group provides reproductive health care and education, with most of that being preventive care.

The rapper also said he had been ill in February with COVID-19, the disease caused by the new coronavirus, and would be suspicious of any vaccines developed to prevent the infection. Reiterating false theories that link vaccines with child developmental disorders, he said: â€œSo when they say the way weâ€™re going to fix COVID is with a vaccine, Iâ€™m extremely cautious.â€

In October 2018, West infamously revealed his support for Trump following a Twitter rant.

Soon after, he paid a visit to Trump himself at the White House, wearing the President’s trademark “Make America Great Again” hat and delivered a speech in which he discussed alternate universes and his diagnosis of bipolar disorder, which he said was actually sleep deprivation, the Daily Mail added.

Speaking to a crowd of reporters in the Oval Office, he added the hat was like a Superman cape and said that Trump made him a billionaire.

Meanwhile, his wifeÂ Kim Kardashian has also met the President on more than one occasion lobbying for criminal justice reform.

On July 5, Kanye West hadÂ announced his bid for the US presidential election slated to take place in November and has received backing from Tesla CEO Elon Musk. Taking to Twitter he wrote: “We must now realize the promise of America by trusting God, unifying our vision and building our future. I am running for president of the United States… #2020VISION.”

We must now realize the promise of America by trusting God, unifying our vision and building our future. I am running for president of the United States 🇺🇸! #2020VISION

Also Read:Â Who is Kanye West? The rapper running for US President 2020

Also Read:Â Kanye West and Kim Kardashian share an unbreakable bond and these photos are proof