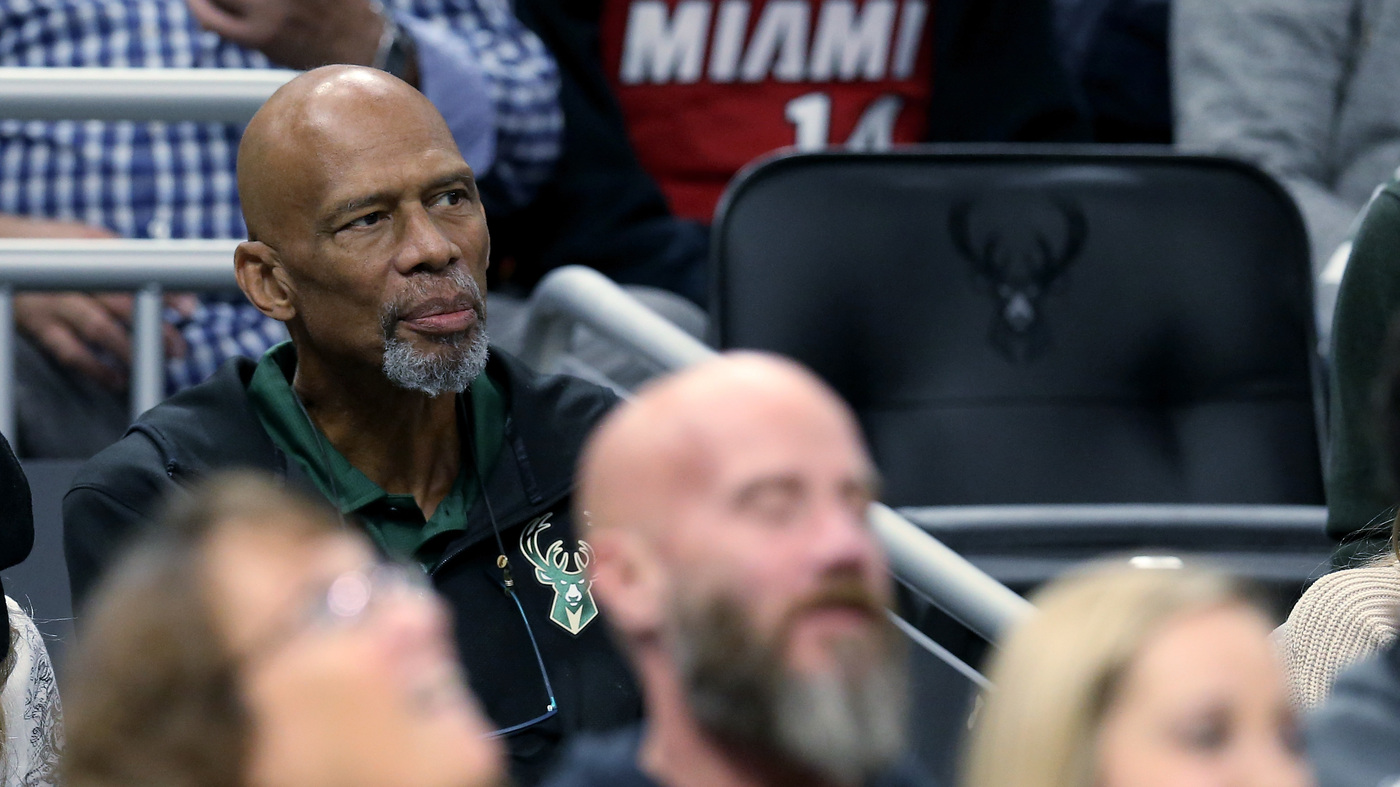 NBA Hall of Famer Kareem Abdul-Jabbar looks on during the game between the Miami Heat and Milwaukee Bucks at the Fiserv Forum in 2019 in Milwaukee.

NBA Hall of Famer Kareem Abdul-Jabbar looks on during the game between the Miami Heat and Milwaukee Bucks at the Fiserv Forum in 2019 in Milwaukee.

Retired NBA superstar Kareem Abdul-Jabbar has a message for professional basketball players who are refusing to get the COVID-19 vaccine: Get the shot or get off the squad.

“The NBA should insist that all players and staff are vaccinated or remove them from the team,” Abdul-Jabbar said in an article published in Rolling Stone on Saturday.

“There is no room for players who are willing to risk the health and lives of their teammates, the staff and the fans simply because they are unable to grasp the seriousness of the situation or do the necessary research,” the NBA Hall of Famer added.

Abdul-Jabbar’s comments come a few weeks before the 2021-2022 NBA season is set to begin, without a vaccine mandate for players.

Instead, the league will require unvaccinated players to submit to regular testing — once on practice or travel days and at least once on game days, according to The Associated Press. Fully vaccinated athletes won’t need to get tested regularly.

But in recent days, several top NBA players have said they won’t get vaccinated against the coronavirus or refuse to publicly acknowledge their vaccination status, raising questions about whether the league can return to normalcy as the virus continues to circulate throughout the U.S.

Last year, the NBA sequestered players and workers in a “bubble” for the remainder of the season after a pause at the start of the pandemic. Players and team staff were isolated from anyone not connected to the league. The novel experiment ended with no players, coaches or staff members reported to have tested positive for COVID-19 in the bubble.

About 90% of NBA players are currently vaccinated, according to several media outlets.

Abdul-Jabbar said players who are refusing the vaccine don’t have science on their side.

“What I find especially disingenuous about the vaccine deniers is their arrogance at disbelieving immunology and other medical experts,” he said. “Yet, if their child was sick or they themselves needed emergency medical treatment, how quickly would they do exactly what those same experts told them to do?”

Some teams, such as the New York Knicks, have been required to fully vaccinate all of their players in order to comply with local COVID-19 mandates that require athletes to have the shot in order to set foot on their home court.

The WNBA announced in June that 99% of its players were fully vaccinated.