Kareena Kapoor Khan gets nervous as a fan tries to put his arm around her; faces fans frenzy at Mumbai airport as they crowd her to get a selfie : Bollywood News – Bollywood Hungama 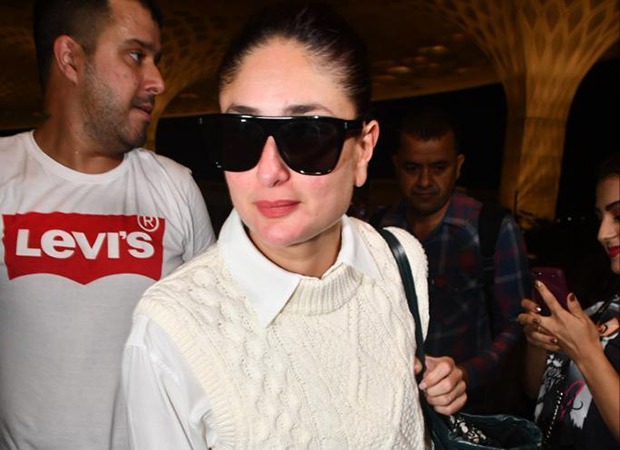 In our current world, selfies are no less than precious autographs. Often, fans crowd around celebrities to click a snap with them and recently Kareena Kapoor Khan faced the con of clicking selfies with fans. The actress, who was on her way to leave town with her kids, was surrounded by fans when she landed at the Mumbai International Airport. While making her way from the car to the airport door security, the actress encountered at least 10 fans who crowded her to click a selfie with her. But matters became a tad bit uncomfortable when the actress got a little scared as a fan tried to put his arm around her.

Kareena Kapoor Khan gets nervous as a fan tries to put his arm around her; faces fans frenzy at Mumbai airport as they crowd her to get a selfie

Kareena Kapoor Khan was heading out of town with her kids and landed at the Mumbai airport earlier today. Excited fans were thrilled to catch a glimpse of her and enthusiastic about getting a selfie clicked. Amidst all the anticipation and delight, fans ended up crowding her. One of the male fans ended up putting his hand on her arm which scared the actress. However, her security guards quickly sprung to the action and handled the situation. Despite the uncomfortable moment, the actress continued to smile for the rest of the selfies, until she entered the airport.

While the video captured by the airport paparazzi found its way to social media, fans of the actress came out in support of her. One of them expressed their anger on public behavior saying, “why do people act like that….I don’t blame the celebrities for being rude and not wanting to take selfies She was uncomfortable and pushed” Yet another fan called out the male fan for his misbehavior towards the actress saying, “Kali shirt wale ko laat maro sara mood khrab kr dia.” The fans also dropped a series of punch emojis along with the comment.

Speaking of work, Kareena Kapoor Khan, who was last seen in Laal Singh Chaddha, is gearing up for her OTT debut. The actress will be making her film debut on OTT with the Sujoy Ghosh directorial that is an Indian adaptation of the Japanese novel Devotion of Suspect X.

Also Read: Kareena Kapoor gets mobbed by the fans at the airport for a selfie