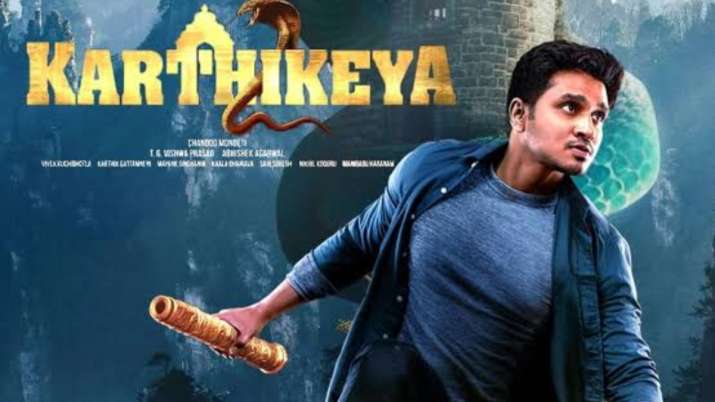 Karthikeya 2 Box Office Collection: Nikhil Siddhartha’s film, which has been receiving rave reviews from the audience, has emerged successful at the ticket windows. Released on August 13, Karthikeya 2 is giving stiff competition to Vijay Deverakonda’s Bollywood debut Liger, which hit theatres on August 25. The Chandoo Mondeti directorial has entered the Rs 100 crore club and shows no signs of flagging anytime soon.

The mythological drama is garnering both numbers and acclaim. The Telugu film earned thrice in its second week as compared to the first one and is running successfully in its third week. The total collection of the Karthikeya 2 Hindi stands at Rs 24.21 crore. On the other hand, the numbers in the international market were remarkable too.

According to Box Office India, “Karthikeya 2’s third week collections stand at 4.75 crore nett and the third week is likely to end up with 6.25 crore nett. The third week will show a drop of around 45% which is decent trending also. There will be no competition in this week which will allow the film hold well in the fourth week and it should get to around 25 crore nett before the release of Bhrahmastra. Karthikeya 2 should comfortably chase down the 23 crore nett of Rocketry – The Nambi Effect.”

From a low-key entry in about 50 theatres, ‘Kartikeya 2’ soon spread like wildfire across theatres in Hindi markets. At last count more than 3000 screens were showing the movie even on weekdays. ALSO READ: Liger box office collection Day 6: Vijay Deverakonda-Ananya Panday starrer disappoints the audience

The film, featuring actor Nikhil and Anupama Parameswaran in the lead, is a mystery thriller about a search for secrets buried beneath the sea near Dwaraka. The actors are on a mission to uncover a mystery, with their journey taking them across the soaring sea. The film also stars Anupam Kher.