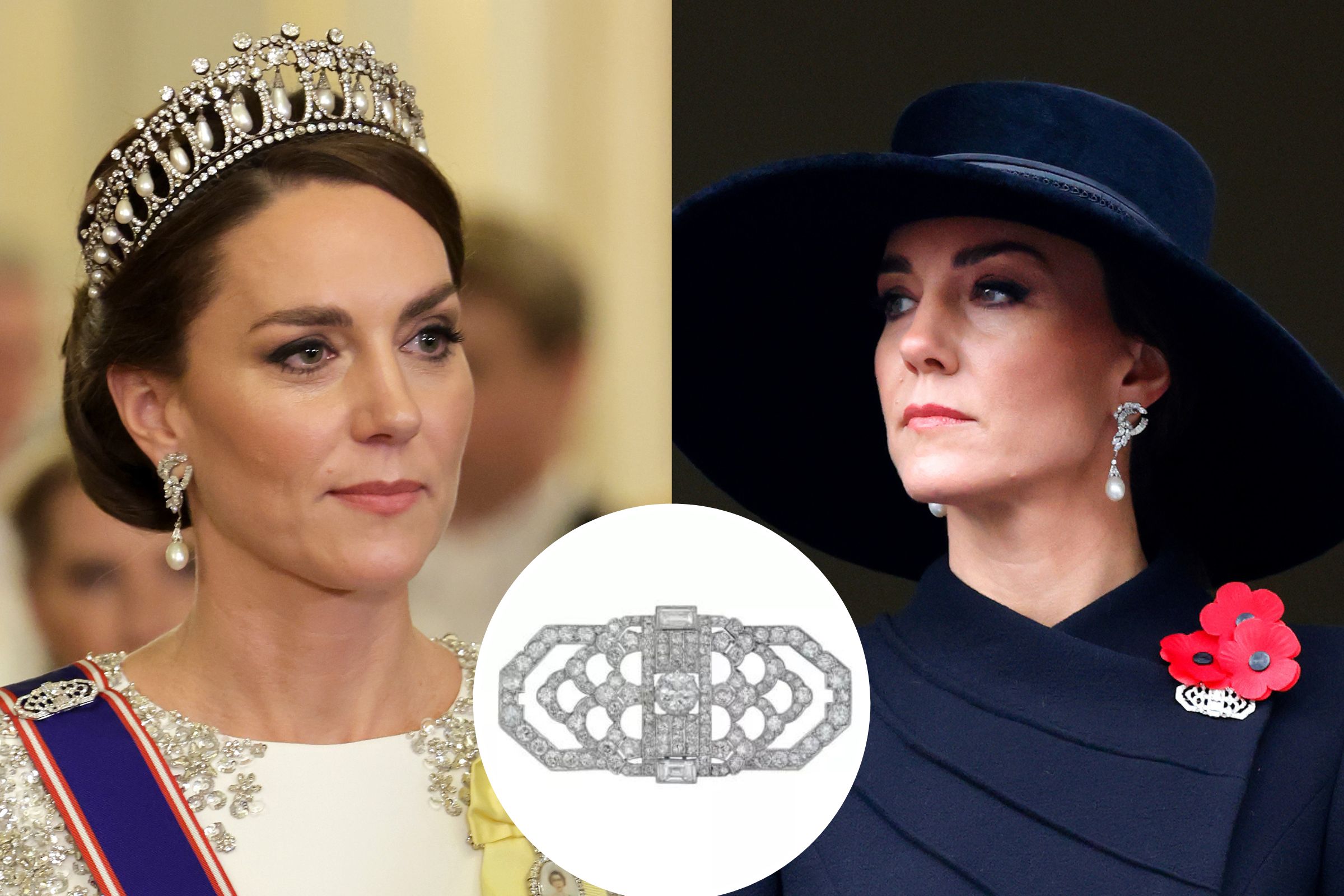 Kate Middleton has sparked a backlash for wearing a new $17k brooch during the ongoing cost of living crisis in the U.K. but an author told Newsweek: “People should get over themselves.”

Kate first wore it to the Remembrance Sunday service at The Cenotaph in London earlier in November. The brooch was also on display during a state banquet for visiting South African President Cyril Ramaphosa at Buckingham Palace on Tuesday.

It is not clear whether Kate bought the diamond-set bauble from London-based jewelers Bentley & Skinner or whether it was a gift, as the most recent archived listing showing it on sale dates back to around the time of her 40th birthday.

However, social media users took issue with the princess putting an expensive, newly bought item on show during the current cost of living crisis that has seen inflation in the U.K. soar.

Graham Smith, chief executive of anti-monarchy campaign group Republic, told Newsweek: “Flaunting their wealth is what the royals do, so it’s no surprise.

“But it puts the lie to the idea that they are in anyway sympathetic to or aware of the cost of living crisis and perhaps they could reflect on that before going out flaunting jewels that cost as much as a lot of people’s annual salary.”

However, not everyone thought Kate’s new brooch need cause a stir.

Political commentator and author Shola Mos-Shogbamimu told Newsweek: “People should get over themselves please. She owns a £14,000 brooch. Let the woman wear what she wants to wear. What do you mean she shouldn’t wear it during the cost of living crisis? This isn’t using taxpayers money to go buy it. People shouldn’t waste my brain cells.”

“If I had seen that brooch on Kate I would not have any idea how much its worth. My brain would not even think of how much it is worth, I may notice it is pretty or I may not notice it at all because I don’t care.”

Kate paired the brooch with a custom-made Jenny Packham “Elspeth” gown in a subtle tribute to Queen Elizabeth II during the dinner, in which King Charles III gave a speech in which he acknowledged that Britain’s past relationship with South Africa provoked profound “sorrow.”

The king said: “Of course, that relationship goes back centuries. While there are elements of that history which provoke profound sorrow, it is essential that we seek to understand them.

“As I said to Commonwealth leaders earlier this year, we must acknowledge the wrongs which have shaped our past if we are to unlock the power of our common future.”

Kate was accompanied by Prince William for the occasion, while Camilla, the Queen Consort, was at the king’s side.

The art deco piece is not the first time there has been a debate about a royal’s brooch. Princess Michael of Kent had to apologize after accusations of racism for wearing a Blackamoor brooch in 2017 during one of Meghan Markle’s first meetings with the wider royal family, a pre-Christmas dinner hosted by the queen at Buckingham Palace.

The Blackamoor tradition in European art depicts people of color in service roles and is viewed by many as racist.

Princess Michael said at the time that she was “very sorry and distressed” by the saga.

Do you have a question about King Charles III, William and Kate, Meghan and Harry or their family that you would like our experienced royal correspondents to answer? Email royals@newsweek.com. We’d love to hear from you.