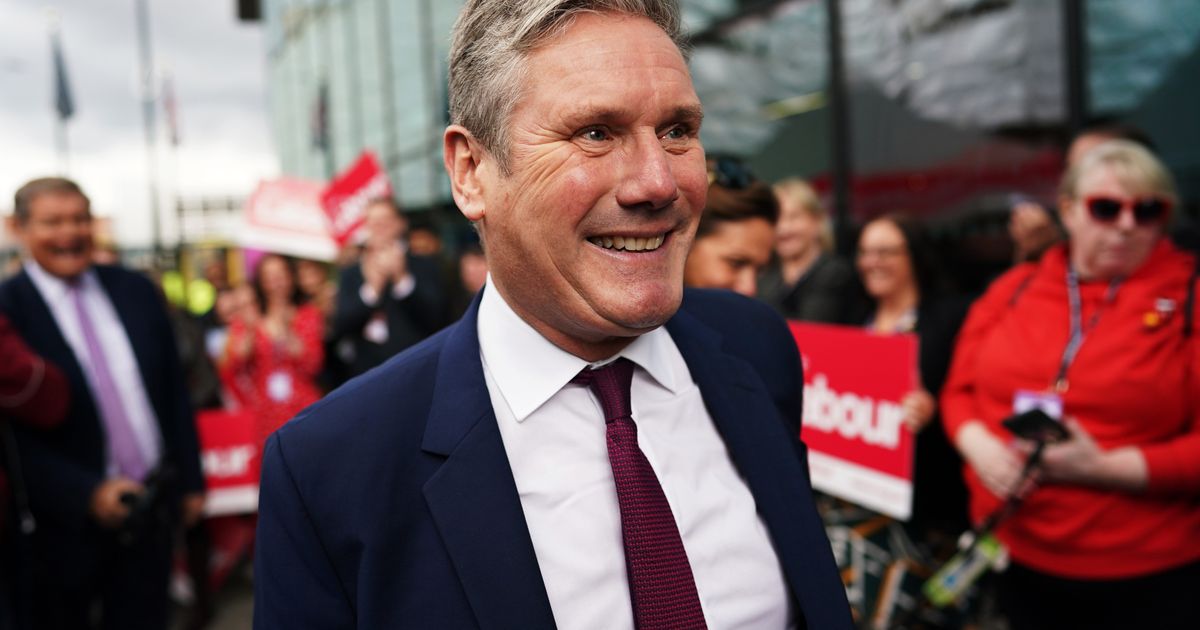 Labour would bring back the 45p rate of income tax for the UK’s highest earners, Keir Starmer has said.

The Labour leader said the move – which was announced by chancellor Kwasi Kwarteng in Friday’s mini-budget – was unfair because it handed millionaires a £55,000 tax cut.

However, he said an incoming Labour government would not reverse Kwarteng’s decision to cut the basic rate of income tac from 20p to 19p.

Starmer was speaking to the BBC’s Laura Kuenssberg as Labour kicked off its annual conference in Liverpool.

Asked if he would would overturn the decision to abolish the 45p tax rate for those earning more than £150,000 a year, he said: “Yes. I do not think that the choice to have tax cuts for those that are earning hundreds if thousands of pounds is the right choice when our economy is struggling the way it is, working people are struggling the way they are and our public services are on their knees. So it is the wrong choice.

“I would reverse the decision that they made on Friday, let’s be absolutely clear about that.”

He added: “It is hugely risky, it is hugely divisive and I would reverse it.”

On the new 19p basic income tax rate, Starmer said: “I’ve long made the argument that we should reduce the tax burden on working people so no we wouldn’t reverse that.”

However, Starmer would not commit to matching the government’s pledge to freeze the typical household energy bill at £2,500 a year until 2024.

Labour had previously pledged to freeze bills for the next six months to help families cope with the soaring cost of living.

Asked if he Labour would match the government and keep the freeze for two years, Starmer said: “We need to know what the forecasts are.

“We didn’t put our plan on the table until the middle of August because we needed to know exactly what the forecast were for this winter.

“Nobody knows the forecast for next April.

“Does there need to be a medium and long-term answer to this? Yes there does.”