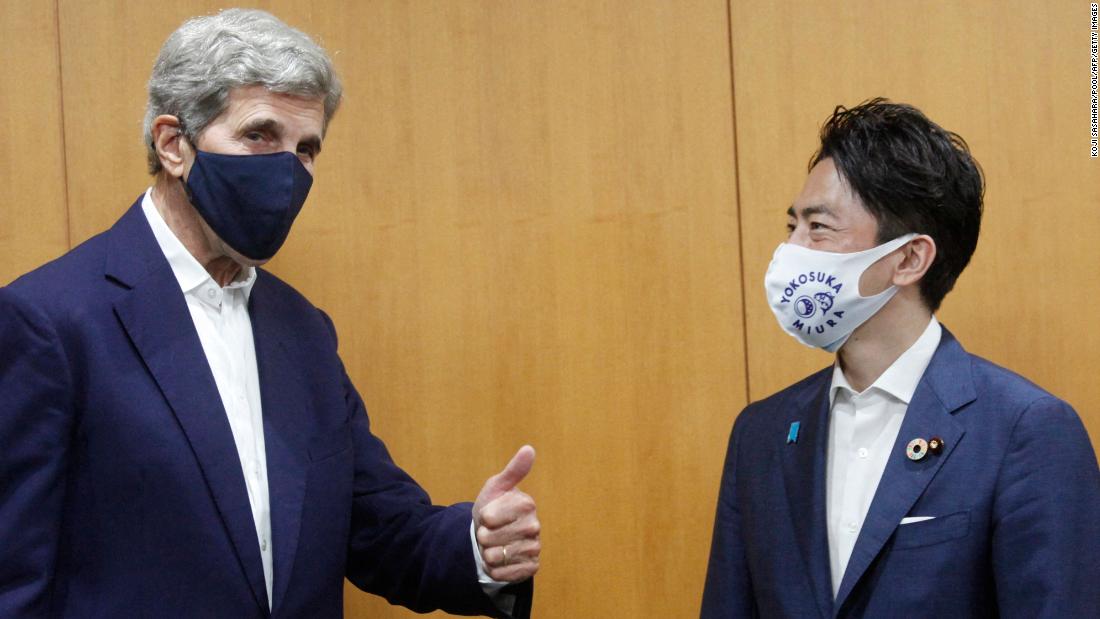 “I have no doubt that wealthiest nations ultimately will get to a zero carbon or net (zero) carbon economy,” Kerry said. “But I’m not convinced — not at all — that we will get there in time to avoid profoundly disturbing fundamental transformation in the nature of our planet, and the capacity of tens of millions, hundreds of millions of people to be able to survive.”

Kerry delivered his remarks, which event organizers said were recorded last week, virtually at a US-Japan Council event alongside Japan’s Minister of the Environment Shinjirō Koizumi.

Kerry spent Tuesday in Japan, where he met with Koizumi and Japanese Prime Minister Yoshihide Suga to discuss Japan’s plan to transition to a net-zero economy by 2050 and to cut its emissions 46% by 2030 (relative to its 2013 levels). Japan announced the 2030 goal in April, after pressure from the US and other countries. Biden had announced in April the US would cut emissions 50-52% relative to 2005 levels by the end of the decade.
Kerry’s Asia talks are a key piece of his ongoing climate diplomacy in the run-up to the crucial November United Nations climate conference in Glasgow. The most critical piece of the Glasgow talks will be trying to get the world’s nations on a pathway to cap emissions, so the planet sees 1.5 degrees Celsius of global warming. The world is hovering around 1.1 degrees Celsius, and a recent UN Intergovernmental Panel on Climate Change report said that getting to 2 degrees of warming or more would mean catastrophic climate consequences.

Underscoring the severity of the climate crisis and the fact that more nations still need to make bolder climate pledges, Kerry said that even if the US and Japan both went carbon neutral by “tomorrow, we still have an enormous problem.” He noted the US and Japan are part of a group of countries who have committed to going climate neutral by 2050, making steep cuts in the next decade.

“Fifty-five percent of global GDP is committed to pathways that could keep 1.5 degrees alive,” Kerry said, referring to the 1.5 degrees Celsius of global warming. “The problem is, we have the other 45% not yet there. China, India, Russia, South Africa, Mexico, Indonesia, Brazil … must join with us in the effort to use the meeting in Glasgow to adopt a plan for the next 10 years.”

Kerry and his team will be in China from Wednesday through Friday, where they face a more daunting challenge. China is the world’s top emitter of greenhouse gases, making up 27% of global emissions in 2019 (the US is second at 11% of global emissions). China has said it will get to net zero emissions by 2060 and is aiming to peak its emissions before 2030.
Kerry will meet with his Chinese counterpart Xie Zhenhua to continue discussions, with the aim of getting China to phase out its coal use and commit to stop building coal power plants overseas.

“China has to move its peaking timeline much earlier than 2030, ideally by 2025, to ensure the world a fighting chance for 1.5C,” Li Shuo, a climate analyst with Greenpeace in China, told CNN. “That demands more action now.”

Speaking at the US-Japan Council, Kerry said China can decarbonize faster, and that the country’s massive investment in renewable energy demonstrates it can move away from coal.

“The upper-level leadership of China needs to take steps that are entirely doable,” Kerry said. “We’re not asking China to do something that’s impossible. Some of it’s hard, but it’s not out of reach. China has been bringing massive amounts of coal-fired power online in the last few years.”

Biden’s climate envoy also said the US needs to make good on its commitments and spoke about the need for the US to improve its infrastructure and heavily invest in renewable energy, which he called a “gigantic component” of the climate solution.

Kerry nodded to a bipartisan infrastructure bill that is among the President’s top priorities, which would upgrade the US electrical grid. This week, Hurricane Ida severely damaged part of the power grid in Louisiana and Mississippi, leaving over 1 million homes and businesses without electricity.

“In America, we have individual grids — one on the East Coast, one on the West Coast, one in Texas all by itself,” Kerry said. “But there’s a big gaping hole in the middle of our country where we — the nation that went to the moon, invented the internet, has created vaccines — we can’t send a simple electron from California to New York. That’s stupid. It’s insane.” 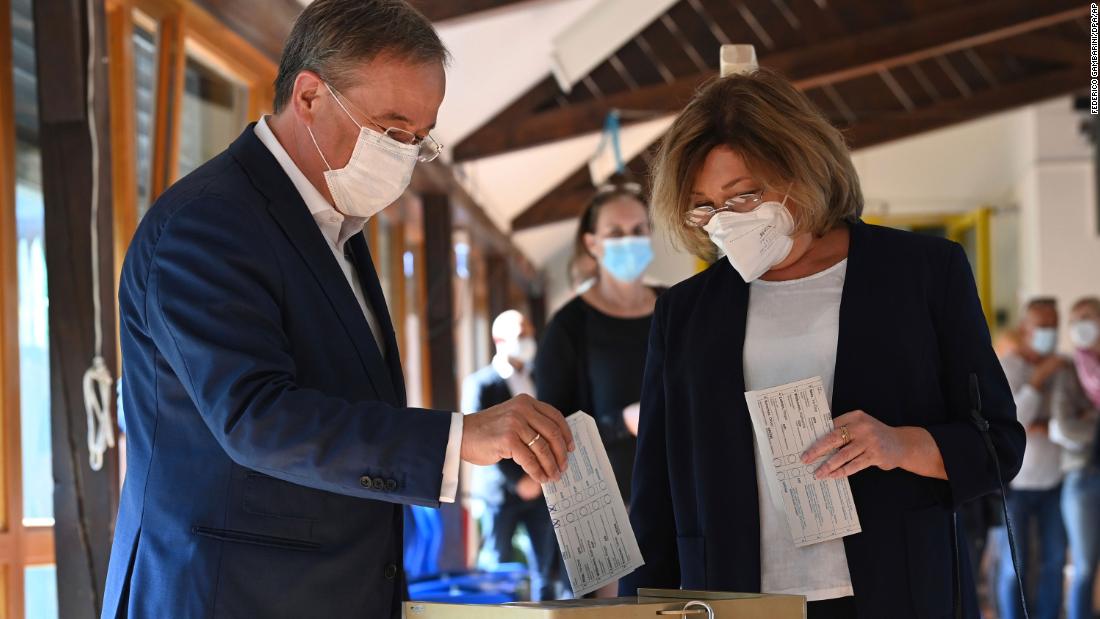 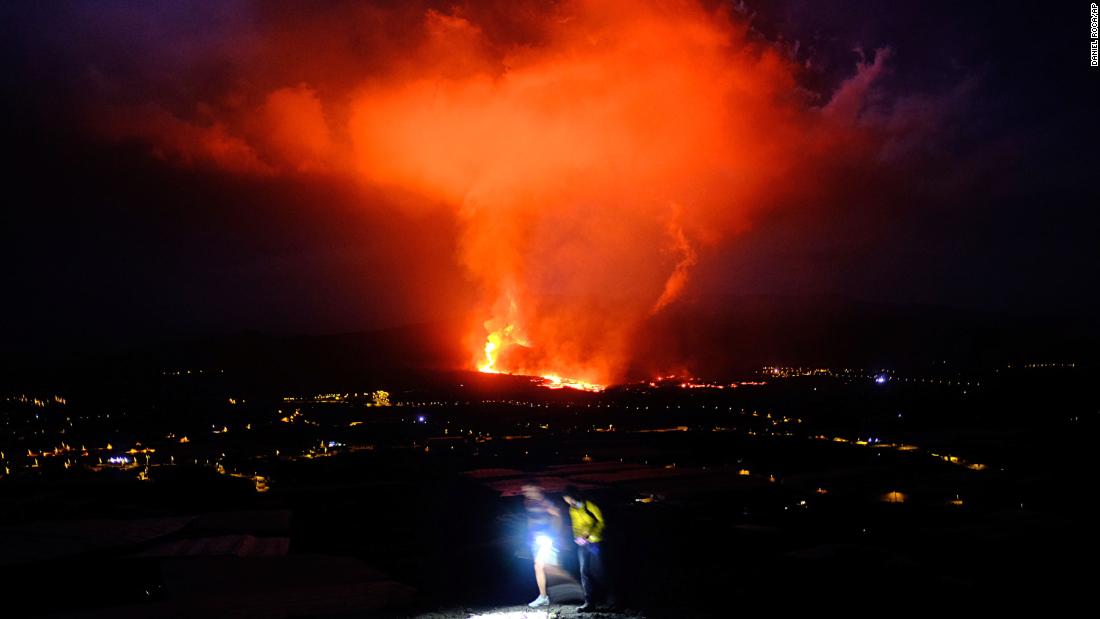