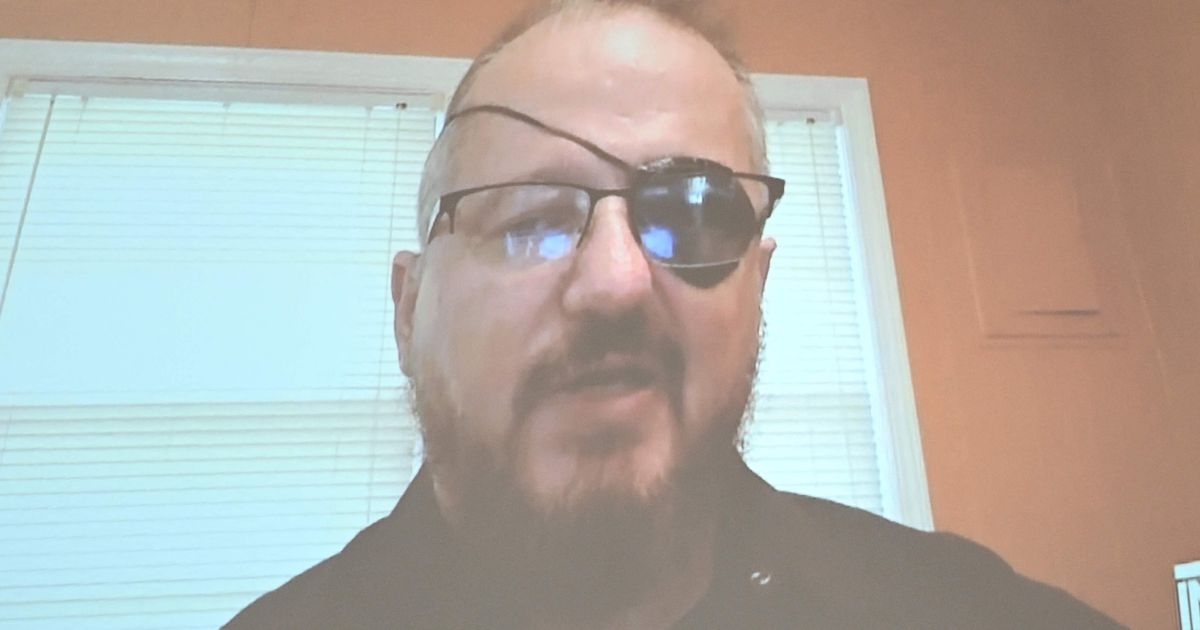 The third week of witness testimony in the trial of five Oath Keepers charged with seditious conspiracy wrapped up Friday as prosecutors continued to walk jurors through their case. Taking the stand were law enforcement officers from the FBI and the U.S. Capitol Police, along with one former Oath Keeper who agreed to cooperate with the government.

Elmer Stewart Rhodes, who founded the extremist Oath Keepers over a decade ago, faces up to 20 years behind bars alongside four co-conspirators for allegedly plotting to stop the transfer of presidential power from Donald Trump to Joe Biden.

It’s the Justice Department’s biggest Capitol attack case so far, and a conviction would underscore how the riot imperiled U.S. democracy.

Here are some of the week’s highlights.

One Oath Keeper told the group he was ready to die to keep Trump in office.

Jason Dolan, a former member of the group, told Judge Amit Mehta’s courtroom Tuesday that he was prepared to take up arms on Capitol Hill to stop lawmakers from certifying Biden’s 2020 electoral win “by any means necessary.”

He explained that at the time, he had been watching “a lot of videos about the election” and felt like it had been “stolen” from Trump. He felt that he and other members of the Oath Keepers were willing to “conquer or die” to stop Biden’s inauguration.

“I wanted them to be afraid of me,” he said of Congress, per NBC News. “If they weren’t going to, in my perspective, do the right thing, maybe they could be scared into doing the right thing.”

The Oath Keepers kept a large stash of rifles, ammunition and other equipment at a hotel just outside the Washington, D.C., border for easy access.

“I wanted them to hear and feel the anger, the frustration, the rage that I felt,” Dolan testified, per The New York Times. (No cameras or audio feeds of the proceedings have been permitted during the trial.)

He said that he thought a gunfight might break out on Jan. 6, 2021, and had seriously thought about how to say goodbye to his family in case he did not come home.

Jurors were shown video of the Capitol chaos as prosecutors painted Rhodes to be a battle general.

During jury selection, many of the people who ended up on the panel said they had not gone out of their way to read news coverage of Jan. 6, 2021, or watch videos taken from Capitol grounds, meaning some may not have known the extent of the violence.

While Mehta prevented jurors from being shown a couple of scenes, agreeing with defense attorneys that they were outside the scope of the charges, jurors on Thursday watched a compilation that gave them a sense of scale. They saw a map of the Capitol showing where the Oath Keepers formed “stacks” ― a military term for a line formation ― to breach the building at different times.

Dramatic video was taken from people in the mob and from security cameras, showing the crowd of Trump supporters streaming through the doors of the Capitol.

Text messages sent on an encrypted platform illustrated how Rhodes attempted to direct his followers, although he initially got his cardinal directions wrong. In opening statements, prosecutors described him as a “general overlooking a battlefield.”

“It’s nut cuttin’ time,” Rhodes wrote in one message. “Does Trump have balls or not? We’re about to find out.” Defense attorneys were able to elicit some concessions from the government’s witnesses, however. FBI Agent Whitney Drew told Rhodes attorney James Lee Bright on Friday that Rhodes never directly ordered anyone to breach the Capitol, according to CNN. An attorney for one of the defendants, Thomas Caldwell, confirmed that his client had not spoken to Rhodes directly on the day of the attack, although it was portrayed as a closely coordinated effort, The New York Times reported.

Unfortunately for the jury panel, the government’s exhibits included some personal texts between Rhodes and the group’s attorney, Kellye SoRelle.

His estranged wife, Tasha Adams, told The Daily Beast that the texts undermine the Oath Keepers’ claim that they were merely providing security on Jan. 6, 2021.

“Most people don’t want to fool around the night before a test. It’s stressful, right?” Adams told the outlet. “He’s loving this. He’s getting ready to attempt an overthrow of the government and he’s trying to be all flirty and alpha male. He’s not stressed out about working a security job.”

SoRelle has been charged in a separate case for her alleged role in the Capitol mob.