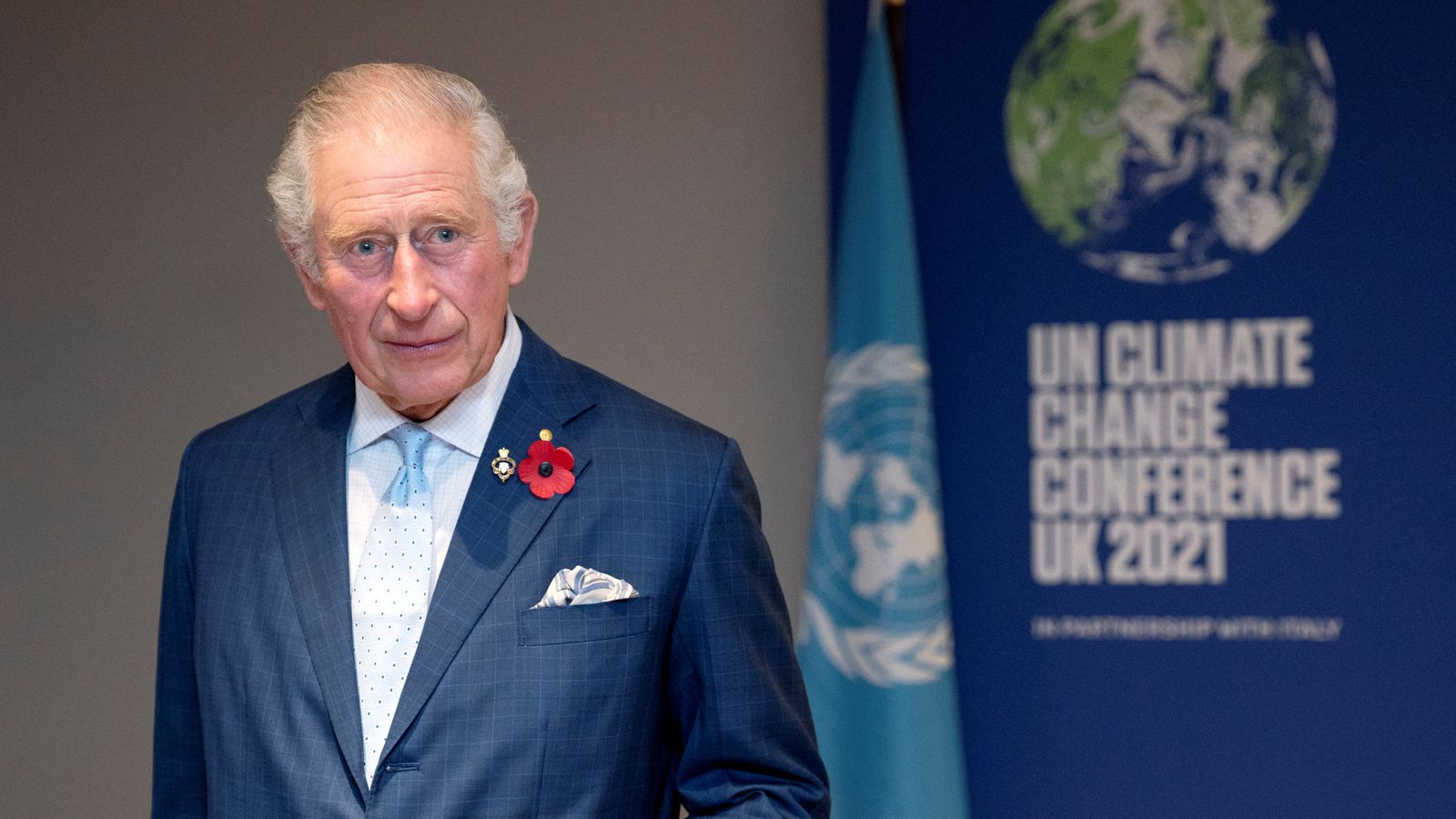 King Charles will not attend COP27, the UN climate conference due to be held in Egypt in November, Buckingham Palace has confirmed.

There had been speculation that the King, who has been a passionate campaigner on environmental issues, would attend the event in Sharm el Sheikh, making it his first overseas trip since becoming monarch.

The confirmation that he will not go comes after reports that Prime Minister Liz Truss and Number 10 advisers had told the King he should not attend.

But Sky News understands from palace sources that any suggestions his attendance was a point of disagreement is categorically untrue and that the decision not to attend was agreed in consultation.

It is understood there is still discussion about whether he can show his support for the climate conference in other ways.

A Number 10 source told Sky News: “The idea the PM gives orders to the King is ridiculous.”

King Charles has attended the UN climate conference for a number of years and delivered one of the keynote speeches at the opening ceremony for COP26 in Glasgow.

As Prince of Wales, he also gained a reputation as a leading voice in the environmental sphere, able to bring together individuals and organisations from both the public and private sectors.

It is therefore likely that there may have been intense discussions about his attendance this year, especially when the climate crisis is still seen to be a “political” issue by some, and as King he is expected to remain politically neutral at all times.

It is understood that government advice was sought, advice was given and it was unanimously agreed by the palace and Number 10 that this would not be the right occasion for the King to go to the conference in person as his first overseas visit as sovereign.

In his first address to the nation, the King acknowledged how his role had changed, emphasising his respect for his new constitutional role.

Watch the King’s speech in full

He said: “I have been brought up to cherish a sense of duty to others, and to hold in the greatest respect the precious traditions, freedoms and responsibilities of our unique history and our system of parliamentary government.

“As the Queen herself did with such unswerving devotion, I too now solemnly pledge myself, throughout the remaining time God grants me, to uphold the Constitutional principles at the heart of our nation.”

Both sides will be keen to play down any sense of discord, mindful of the reports in the summer of a rift over the government’s Rwanda immigration policy between the then Prince of Wales and Boris Johnson.

Last year, the Royal Family played a significant part in supporting COP26, with the Queen recording a video message which was played to all the world leaders in attendance.