Kurz recruits other EU leaders to complain about vaccine distribution 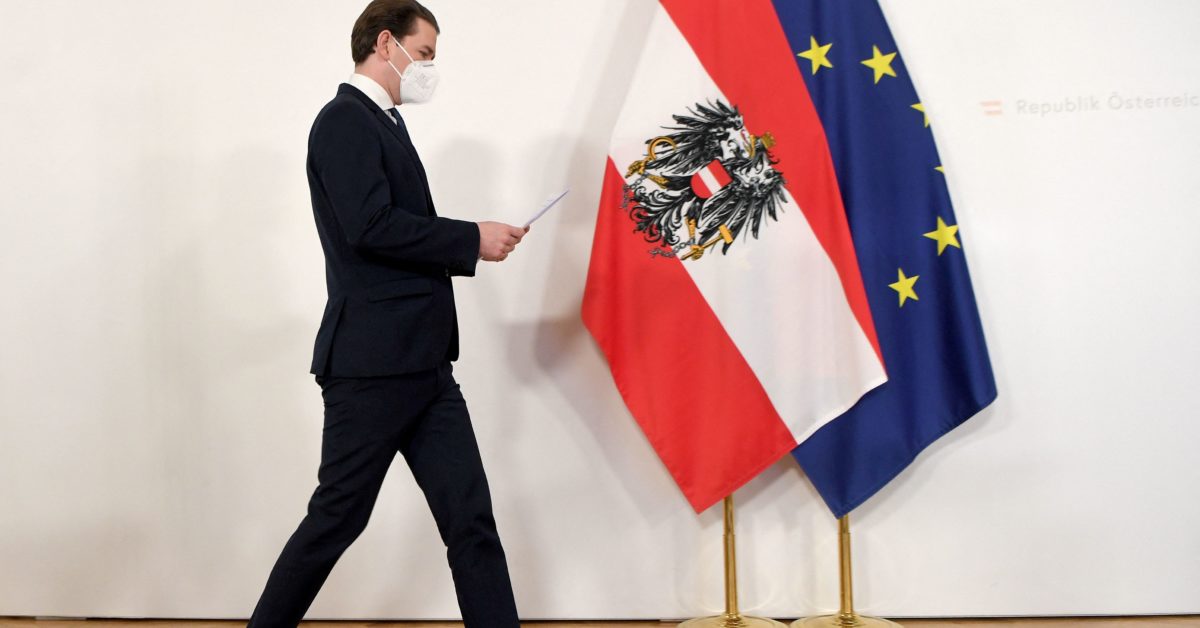 Kurzâ€™s and his counterparts from Latvia, Bulgaria, Slovenia and the Czech Republic called for vaccine distribution to be discussed at an EU summit. In a letter to European Commission President Ursula von der Leyen and European Council President Charles Michel, they noted that jointly purchased vaccines arenâ€™t being delivered to EU member countries equally, based in proportion to their population.

The Commissionâ€™s response: Don’t blame us. It restated what has been well known for months â€” that some countries didnâ€™t sign up for all the vaccines they were entitled to, and others bought up the extra doses.

The Commission pointedly noted that it had wanted strict pro-rata distribution but EU national governments opted for a more flexible approach. “It would be up to the Member States to find an agreement if they wished to return to the pro rata basis,” the Commission said in a statement.

In Austria, opposition politicians accused Kurz of picking a fight at EU level to distract from his own government’s shortcomings on the vaccination front.

Austria is ranked 19 out of 27 in terms of proportion of population vaccinated in the EU, and the other signers of Saturdayâ€™s letter are also in the bottom ranks. Theyâ€™re middling performers when it comes to distribution of their supplies on hand, according to a POLITICO analysis.

In their letter, published by Austrian media, Kurz and the four other leaders write that â€œin recent days,â€ they have â€œdiscoveredâ€ that â€œdeliveries of vaccine doses by pharma companies to individual EU member states are not being implemented on an equal basis following the pro rata population key.â€

They suggest that the resulting uneven pace of vaccinations undermines the Commissionâ€™s goal for the bloc of vaccinating 70 percent of adults by the summer, and widening inequality will ensue as some countries achieve herd immunity faster than others.

Kurz, who has also criticized the EUâ€™s speed of vaccine approvals, went public with his complaint about the divergence from the proportional distribution on Friday. In a press conference, he cast the system as a â€œbazaar,â€ and said the government had done its own analysis of vaccine deliveries.

Yet itâ€™s been no secret that countries didnâ€™t ultimately stick to the population key. Several capitals, including Sofia, opted to bet heavily on the cheaper AstraZeneca shot, while Germany, France and others bought their unwanted allotments of the pricier mRNA vaccines.

An EU official said Michelâ€™s office had received the letter from Kurz and the other leaders. Michel has already told leaders he’s planning a Council summit for March 25 and 26 and vaccine coordination is on the agenda, the official noted.Â