Kyrsten Sinema’s Party Switch Is All About Her Political Survival 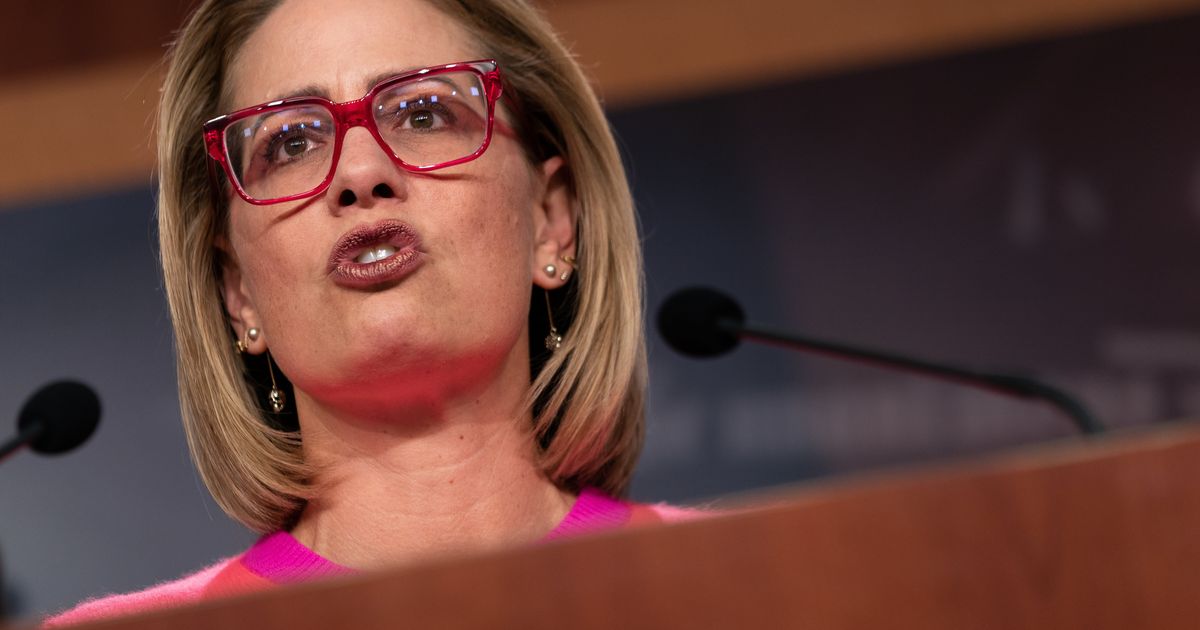 Arizona Sen. Kyrsten Sinema’s switch from Democrat to independent won’t change much in the Senate, but it has significant implications for 2024.

Sinema will continue voting with Democrats most of the time. She’ll maintain her chairmanship of two subcommittees, both of which are standard assignments for a first-term senator. Republicans are no closer to having a majority in 2023 than they were at 5:59 a.m. Eastern time Friday morning, before stories announcing her decision went live on CNN and Politico.

“The reality is, not much has changed. I’m going to keep doing what I do,” Sinema told Arizona Morning News, claiming she had never attended Democratic Party caucus meetings or lunches.

Other Democrats agreed. “Senator Sinema has been an independent for all intents and purposes,” Sen. Amy Klobuchar (D-Minn.) said on CNN shortly after the news broke.

But the GOP might be a bit closer to a majority following the 2024 elections. Sinema’s decision makes an already brutal 2024 Senate map even more excruciating for Democrats, who now face decisions about how to handle a senator who tanked major pieces of President Joe Biden’s agenda but was critical to rescuing other parts.

Sinema insisted her party switch had little to do with politics ― she has not even announced whether she will run for reelection in 2024. But the implications are obvious, even if the ultimate impact might remain unclear until Election Day two years from now.

As a Democratic incumbent, Sinema would have been guaranteed the protection of the well-funded, well-oiled political apparatus controlled by Senate Majority Leader Chuck Schumer (D-N.Y.). Both the Democratic Senatorial Campaign Committee and Senate Majority PAC, which combined to raise more than a half-billion dollars in the 2022 cycle, would have spent on her behalf in a competitive general election and likely in a primary as well.

Senate Majority PAC did not respond to a request for comment on Sinema’s party switch, and Senate Democrats have not yet selected a chair for next cycle’s DSCC.

But those two groups typically don’t support any Democratic challenge to the other independents who align with the caucus, Vermont Sen. Bernie Sanders and Maine Sen. Angus King. While both break with other Democrats on occasion ― King played a major role in blocking Biden’s first nominee to lead the Bureau of Alcohol, Tobacco, Firearms and Explosives, for instance ― neither aggravates the party nearly as much as Sinema. Both are also long-time political leaders in their home state, meaning any challenge is doomed anyway.

Sinema, for all her aspirations of recreating the coalition that backed the late Sen. John McCain (R-Ariz.), is not yet a hometown hero on that level. The most recent polling judging her popularity, an AARP survey conducted by a bipartisan duo of pollsters in October, found just 37% of Arizona voters had a favorable opinion of her and 54% had a negative opinion.

Switching parties allows Sinema to avoid a brutal primary challenge, or at least make one much more difficult to pull off. If another Democrat decided to jump into the race, they could risk splitting the vote in the general election and handing Republicans the seat in 2024.

Rep. Ruben Gallego (D-Ariz.), who likely would have run a primary campaign against Sinema, now faces the conundrum of becoming a spoiler candidate if he decides to go through with it. National Democrats will also have to choose whether to back Sinema and discourage other candidates from running against her.

In a statement Friday morning, Gallego did not sound inclined to back down.

“We need senators who will put Arizonans ahead of big drug companies and Wall Street donors,” he said. “Whether in the Marine Corps or in Congress, I have never backed down from fighting for Arizonans.”

Gallego said Sinema’s party switch was another example of her “putting her own interests ahead of Arizona’s.”

Functionally, Sinema’s announcement will have little to no impact in the Senate. While her desk is located on the Democratic side of the Senate floor, she spends most of her time on the Republican side, where she is friendly with many GOP senators, including Senate Minority Leader Mitch McConnell (R-Ky.). She rarely attends Democratic caucus meetings, generally avoids partisan messaging events and only endorsed Hobbs a few weeks before this year’s election.

Sinema has been a key bipartisan dealmaker in the past two years, helping negotiate and steer through several notable bills into law. Most recently, she helped win over 12 Republican yes votes for legislation codifying protections for same-sex and interracial marriages. She also successfully pushed for major infrastructure and gun law reforms.

Progressives, who largely lined up behind her Senate bid in 2018, have found much to complain about her time in the Senate, however. She opposed eliminating the filibuster, including to pass voting rights legislation. And she helped block major progressive priorities, including a $15 minimum wage and efforts to close a tax loophole benefiting rich investors.

And the party’s left flank, emboldened by statewide victories in a GOP-leaning midterm year, is very explicitly not behind her ahead of 2024. Primary Sinema, a group formed in 2021 to back a prospective challenger, said its goal of defeating her remains unchanged.

“Today, Kyrsten Sinema told us what we’ve already known for years: she’s not a Democrat, and she’s simply out for herself,” the group said in a statement. “For the last year, we’ve been laying the groundwork to defeat Kyrsten Sinema because Arizonans deserve a Senator who cares about them, and not special interests. In one way, Sinema just made our jobs easier by bowing out of a Democratic primary she knew she couldn’t win. Now, we’ll beat her in the general election with a real Democrat.”