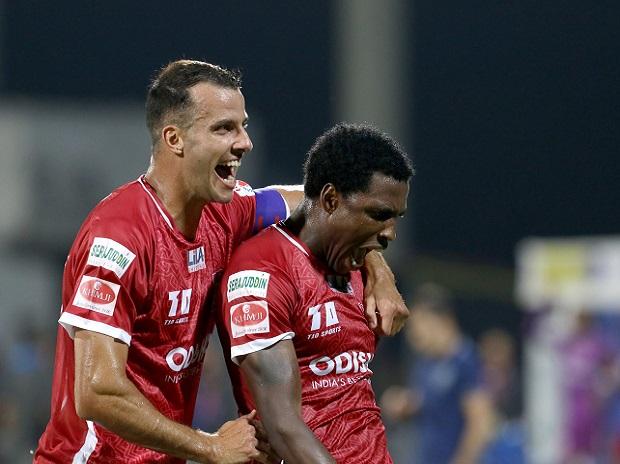 Laggards Odisha FC will be eager to extend their two-match unbeaten run when they take on an out-of-sorts Chennaiyin FC in an Indian Super League clash here on Wednesday.


After suffering six defeats, Odisha notched their maiden win of the season by defeating Kerala Blasters last week. The bottom-placed side followed that by holding Chennaiyin to a goalless draw over the weekend.


On the other hand, Chennaiyin have slipped to eighth after the draw, having managed only one win in their last five outings.


The two sides will be hoping for goals and a much-improved performance. The earlier fixture saw both teams missing a number of chances to take the lead and left them in the bottom four.


A win on Wednesday will change the script for both of them. However, after facing each other just a few days ago, there is every chance that the two teams will just cancel each other out again.


This is something that has crossed Odisha coach Stuart Baxter’s mind, but he said that whatever issues stem from having to face the same team twice in four days, it is for both teams to bear.


“Is the glass half full or half empty? I think you can look at it both ways. Whatever it is, it is for both teams. If it is a positive, they’ve got just as much positives as we have. The only thing I can say is that it is going to be difficult for both teams,” he said.


Baxter, however, refused to comment on whether he would opt for a change in tactics in order to make it difficult for Chennaiyin to predict what his team would do.


“It’s a possibility, yes, when you have these doubleheaders. Sometimes you do change tactics. But we have to look at a fresh set of players, we have to look at the injuries. We have a suspension in Jacob (Tratt). So that is on the table. We will make a final decision later in the evening,” he added.


Sunday saw Chennaiyin’s goal-scoring woes in the league continue with Rahim Ali and Jakub Sylvestr both missing golden opportunities to get their team three points.


The former champions have netted the least goals in the league and have now not scored in half the games that they have played. With their main creative force Rafael Crivellaro out for the rest of the season, their forwards can’t afford to be wasteful anymore.


For coach Csaba Laszlo, it is now evident that this is his biggest headache.


“Our biggest problem according to me is actually scoring goals. We create a lot of chances. But somehow we haven’t scored enough goals and if you don’t score goals, it is very difficult to win games,” he said.