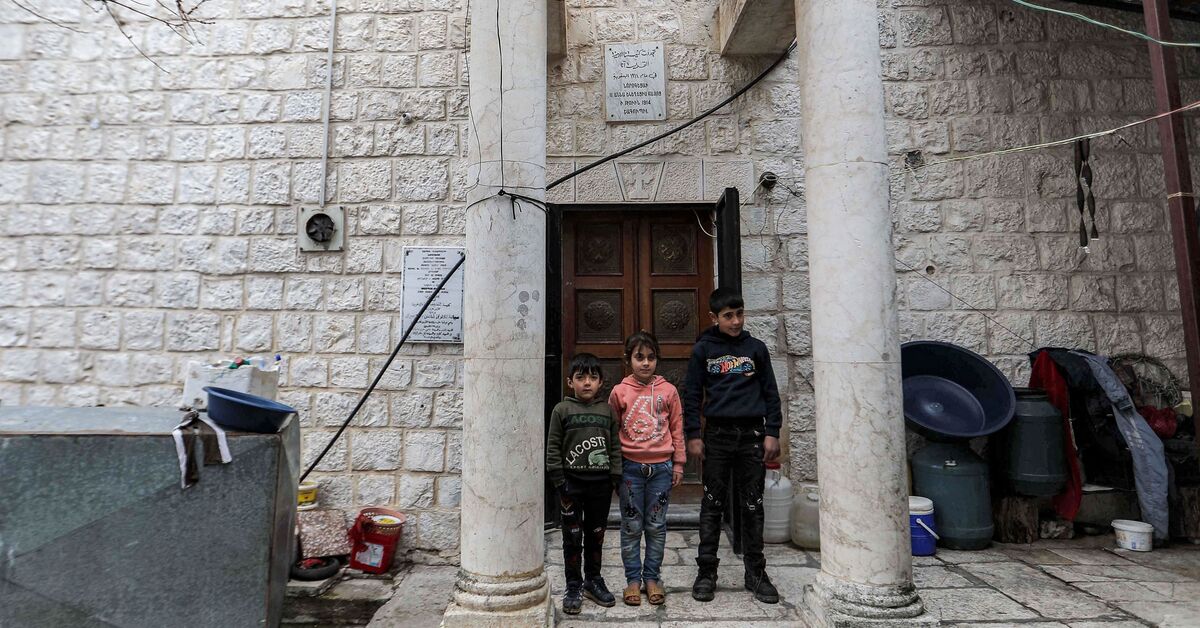 Michel Boutros is a 90-year-old Christian in Syriaâ€™s Idlib who has turned into an icon of steadfastness despite the bloodshed of the war that has been plaguing his country for 10 years now.

Boutros is the only Christian who insisted on staying in the city of Idlib in northern Syria. In an interview with Al-Monitor, Boutros said he was born in 1931 and can barely read the Bible. The walls of his house are decorated with crosses and Christian religious images in a city devoid of Christians.

â€œI do not have children, and I am not even married,” Boutros said. “My children are the flocks of pigeons that I raise in my house, with which I sometimes engage in conversations.â€

He continued, â€œMy family is from Idlib city. My family and I used to live here in this house, which became a part of me, and I shall not leave it, come what may. My brothers moved to live in Aleppo while my father, his wife and I chose to stay.”

His mother bore three boys and one girl, but “I unfortunately never knew her, as she died when I was a baby, and my aunt, my stepmother, was the one who raised me,â€ he said. â€œMy father subsequently married another woman â€¦ who gave birth to two sons. He then died, and a little later my aunt died.â€Â

Boutros, who has not left his house for the past 10 years, said, â€œWe witnessed battles and all kinds of calamities, but we did not leave Idlib during the clashes between the Syrian regime and the opposition in the city in 2015. I stayed here in this house, and I was very happy, relaxed and reassured â€” all things considered. At the time, my neighborhood was surrounded with cluster bombs, missiles and weapons, but I never ran away.â€

â€œI am managing to get by. Letâ€™s be clear: I do not live a fancy life, but I can cook a meal and shower by myself.” He does not have electricity because it is too expensive, but he says he is “better off without electricity. I use kerosene oil in my house for lighting, and thatâ€™s all I need. I thank the Lord for that. The Lord takes care of me while I am here in my house.â€

Boutros does not believe Idlib will ever return to what it was before the war. â€œThis current situation in which we live will linger on, and the harm cannot be undone,â€ he added. â€œBut we thank the Lord for everything and are confident that he shall take care of us. The Lord is our father and our brother, and he is managing everyoneâ€™s affairs in this war.â€

There are good and bad people in Idlib, he said, and â€œsince I only hang out with good people, I find myself surrounded by people who treat me well and love me. And should I find myself in need of anything, they share their food and drink and offer their help. They are not stingy with me at all, especially the Muslims among them. They never disappointed me or let me down.â€Â

He said that churches in Idlib are closed because there are no Christians.Â â€œI personally pray here at home,â€ he said.

According to unofficial local statistics, about 10,000 Christians lived in the Idlib governorate, but their numbers started to decline in 2012. Most of Idlibâ€™s residents left in 2015 after the opposition took control of the city.

The number of Christians in the Idlib governorate continued to decline, and they now account for less than 1% of its residents. There are about 200 Christians still scattered throughout the governorate, with an average age of 70 years, while there are only 10 between 20 and 40 years of age.