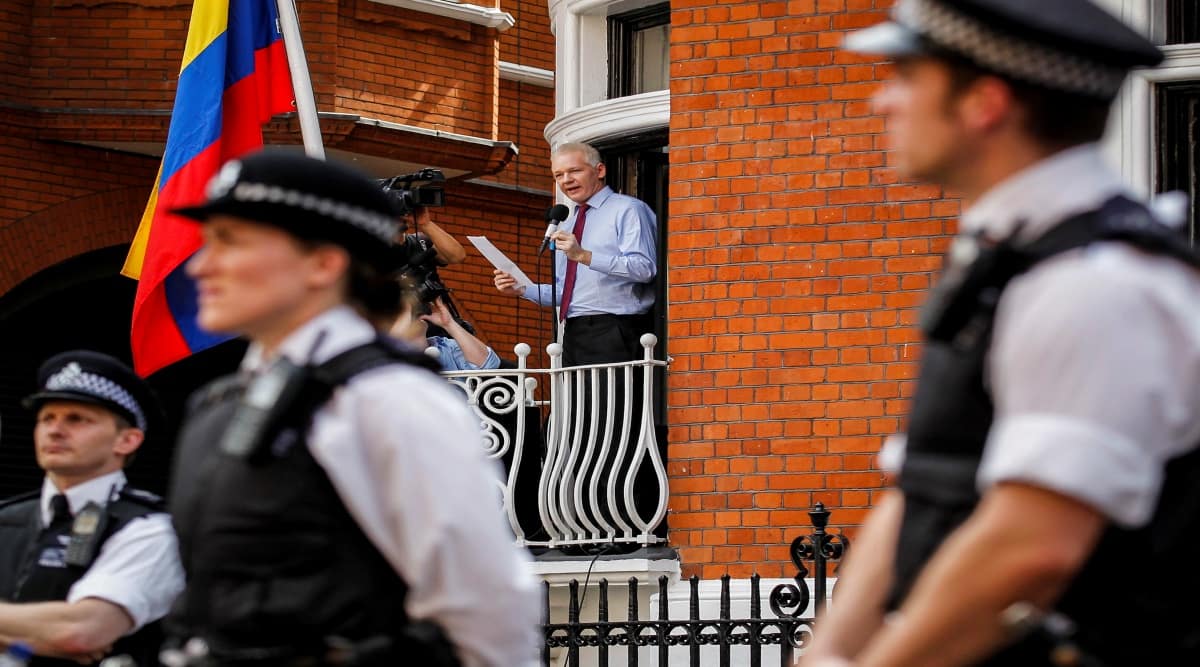 Two lawyers and two journalists are suing the CIA, saying the agency violated their constitutional rights when it obtained copies of the contents of their electronic devices and helped enable the recording of their meetings with WikiLeaks founder Julian Assange during the latter part of his seven-year stay at the Ecuadorian Embassy in London.

The plaintiffs seek compensatory and punitive damages in a lawsuit filed Monday in Manhattan federal court.

New York lawyers Margaret Ratner Kunstler and Deborah Hrbek, along with journalists John Goetz, who lives in Germany, and Charles Glass, who lives in England, alleged that the CIA got the information through a deal with UC Global, a private security company that was based in Spain and provided security at the embassy.

The lawsuit said they suffered considerable emotional distress and anxiety from the uncertainty and concerns about how their personal and privileged information was being used.

They said the illegal spying may have violated the rights of over 100 Americans who visited Assange at the embassy.

Two years ago, two anonymous witnesses who worked for the Spanish firm that provided the embassy’s security testified at a London court that Assange faced an intensifying bugging operation from 2017 onwards after Donald Trump became U.S. president.

Assange, 51, lived in the embassy beginning in 2012 after seeking refuge there while fearing his potential extradition to the U.S. He was evicted in April 2019 and has been in a London prison since.

U.S. prosecutors have indicted Assange on 17 espionage charges and one charge of computer misuse over WikiLeaks’ publication of secret American military documents a decade ago. The charges carry a maximum sentence of 175 years in prison.

Assange’s lawyers say he is protected by the First Amendment for the publication of leaked documents that exposed U.S. military wrongdoing in Iraq and Afghanistan. They also have said he suffers from wide-ranging mental health issues, including suicidal tendencies.

In June, the British government ordered Assange’s extradition to the U.S. He has appealed that ruling.

Assange’s lawyers have asked President Joe Biden to drop the charges against him.