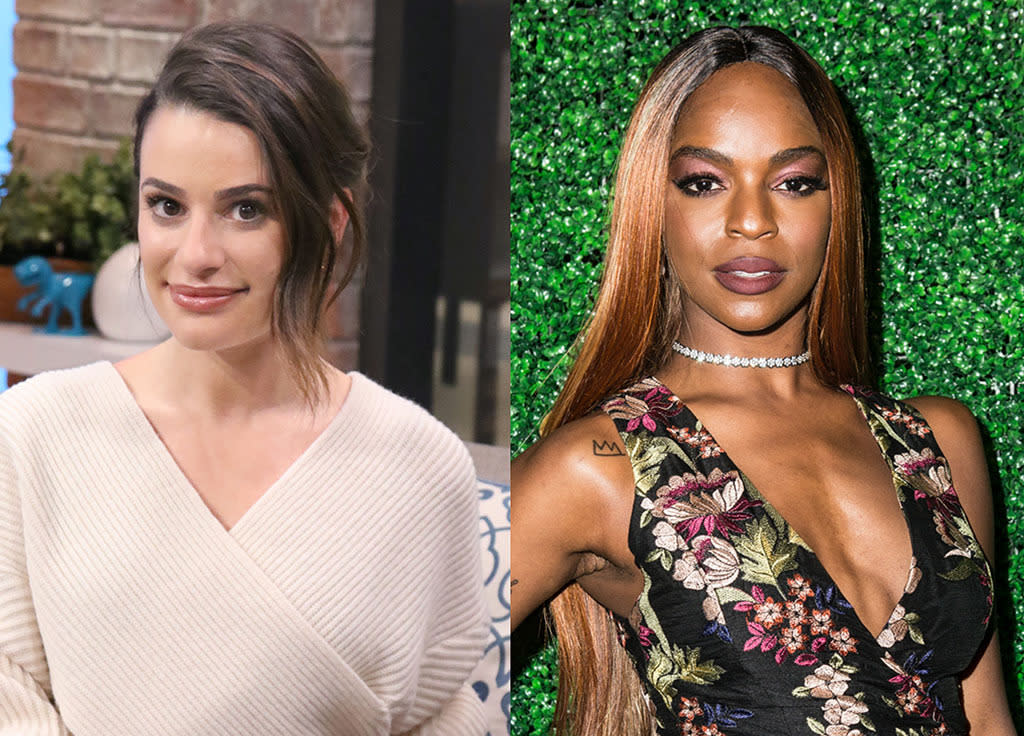 Lea Michele is addressing the accusation that she made a black Glee co-star’s life a “living hell” in 2015.

On Wednesday morning, Michele shared a three-page statement on Instagram addressing Samantha Ware’s disturbing claim. She did not mention Ware by name in the post, nor did she address the fact that her deal with HelloFresh was terminated over Ware’s allegation.

“One of the most important lessons of the last few weeks is that we need to take the time to listen and learn about other people’s perspectives and any role we have played or anything we can do to help address the injustices that they face,” Michele wrote. “When I tweeted the other day, it was meant to be a show of support for our friends and neighbors and communities of color during this really difficult time,” referring to her tweet, posted on May 29, addressing the death of George Floyd and supporting the Black Lives Matter movement.

She continued, “But the responses I received to what I posted have made me also focus specifically on how my own behavior towards fellow cast members was perceived by them.”

“While I don’t remember ever making this specific statement and I have never judged others by their background or color of their skin, that’s not really the point,” Michele continued. “What matters is that I clearly acted in ways which hurt other people. Whether it was my privileged position and perspective that caused me to be perceived as insensitive or inappropriate at times or whether it was just my immaturity and me just being unnecessarily difficult, I apologize for my behavior and for any pain which I have caused. We all can grow and change and I have definitely used these past several months to reflect on my own shortcomings.”

Michele ended by writing, “I am a couple of months from becoming a mother,” she’s pregnant with her first child with Zandy Reich, “and I know I need to keep working to better myself and take responsibility for my actions, so that I can be a real role model for my child and so I can pass along my lessons and mistakes, so that they can learn from me. I listened to these criticisms and I am learning and while I am very sorry, I will be better in the future from this experience.”

Ware has not publicly responded to Michele’s apology.

This all blew up on Monday when Ware retweeted Michele’s post about Floyd and wrote that the Glee star, who played Rachel Berry on the show from 2009 to 2015, made her “first television gig a living hell.” Ware claimed Michele told other members of the show that she would defecate in Ware’s wig if she had the opportunity among “other traumatic microaggressions that made me question a career in Hollywood.”

Ware had joined the cast in 2015, the final season of the show, to play Jane Hayward. When she posted her tweet about Michele, there wasn’t a huge rush from other Glee cast members to defend Michele. In fact, Michele’s co-star Amber Riley shared a series of gifs that suggested she had something to add, including one showing sipping tea.

In response to Ware’s claim, HelloFresh, a meal kit delivery service, immediately ended its deal with Michele, posting on Twitter Tuesday that the brand “does not condone racism nor discrimination of any kind. We are disheartened and disappointed to learn of the recent claims concerning Lea Michele. We take this very seriously, and have ended our partnership with Lea Michele, effective immediately.”