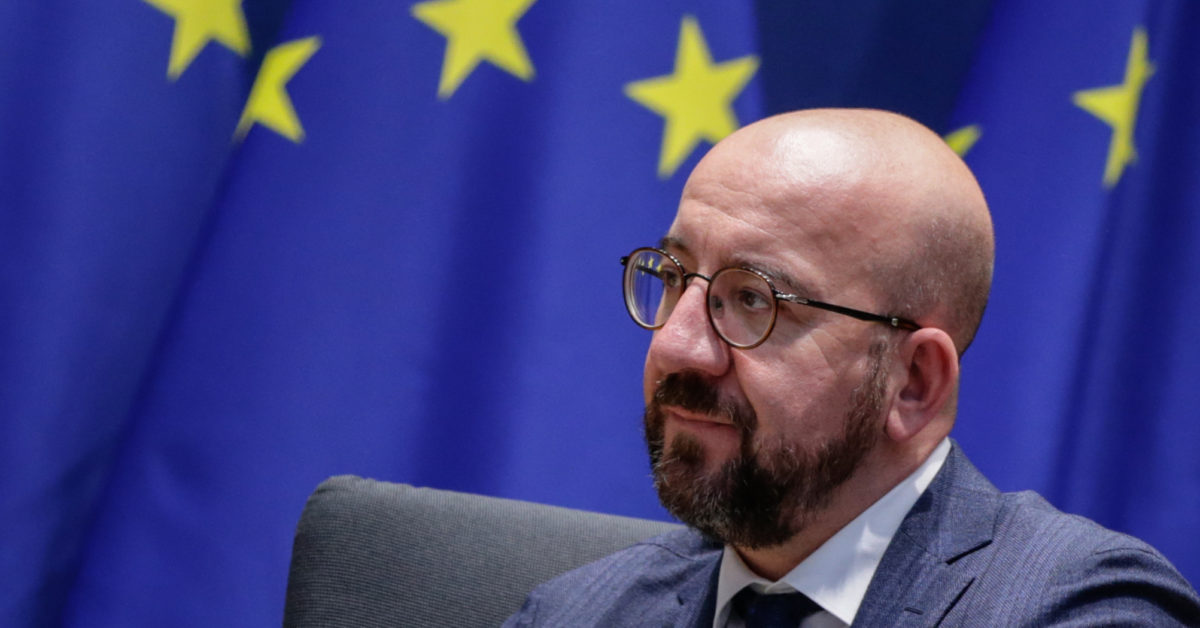 EU leaders will this week discuss how to break a deadlock over the bloc’s trade deals and revamp the way the accords are negotiated.

Negotiating trade deals on behalf of the 27 countries is one of the core responsibilities of the European Commission, but Brussels is now running into a brick wall in its attempts to finalize these pacts because of worries about human rights and environmental concerns, as well as broader public fears about free trade.

The European Parliament and EU capitals are increasingly unwilling to sign off on deals struck by Brussels. Agreements reached with China and the Mercosur bloc in Latin America, for example, look unlikely to ever come into force thanks to these political headwinds.

This deadlock will now be up for discussion at the European Council meeting in Brussels on Thursday and Friday. One of the potential ideas is to handle the EU’s trade talks worldwide more like Brexit discussions. This would mean the European Commission will have to take a more active approach in continually securing a unified position among the 27 states through different phases of talks. One of the EU countries’ main complaints about the current process is that the Commission acts as a lone-gun and can keep them in the dark over months or even years of talks on sensitive dossiers.

â€œThis requires leadersâ€™ attention,â€ said an EU official briefed on the discussion. â€œThe European single market is our core business. Everybody wants us to use our economic power. Then you have to make sure that you deliver at a certain point if you see that a wide range of trade deals is blocked. This debate is not just timely, itâ€™s over-timely.â€

To resolve the trade conundrum, Michel is inspired by the diplomatic format the EU used to cut a deal with Britain after its decision to leave the bloc, the EU official said.

EU officials were worried about unity among the 27 countries and sought to prevent London from playing divide-and-rule. So the EUâ€™s chief Brexit negotiator Michel Barnier and his team invested much of their time into continually updating the European Parliament and EU countries on the negotiations.Â

They created a feedback loop by checking in before and after every negotiating round with trade diplomats, EU ambassadors and the European Parliamentâ€™s Brexit point people. Barnier also had a finger on the pulse in EU capitals and specific groups of EU ministers, for example on the all-important issue of fisheries.Â

According to the EU official briefed on this week’s discussions on a trade revamp, this could a way to get EU trade deals back on track, dealing with sensitivities along the course of talks. The feedback loop also avoids the take-it-or-leave-it feeling EU capitals and parliaments now grumble about when the Commission closes trade negotiations.Â

The Commission is fed up with seeing its deals blocked by national capitals. In a closed-door meeting last week, Sabine Weyand, the EUâ€™s top trade civil servant, told MEPs that ratification of the deal with the Latin American bloc of Mercosur countries is now a question of EU credibility, according to two people in the room.

The more free trading countries, such as the Nordics, are also pushing to get the trade engine going again.Â

One EU diplomat said the Brexit approach is â€œworth consideringâ€ and suggested it would also go down well with countries such as France and Austria that have fiercely objected to Mercosur. â€œFor them, itâ€™s also a good chance to be involved in every single detail [of the negotiations].â€

But some diplomats also cautioned against the idea, as the post-Brexit negotiations had a clear deadline, the threat of a cliff-edge and the benefit of a â€œcommon enemy.â€

One trade diplomat said that made the Brexit negotiations a â€œunique situation.”Â

Some even raised doubts whether mirroring the Brexit negotiations would be discussed at all, as the idea has not been communicated with diplomats. The leadersâ€™ discussion might not go into such details, as itâ€™s an open, strategic debate that will not lead to formal conclusions.Â

According to another diplomat, the question to be discussed among leaders is: â€œIs the EU still in a position to act at all to complete trade agreements?â€

Even if EU leaders ultimately agree on something closer to the Brexit model for handling trade deals, the European Parliament is set to be another hurdle.Â

MEPs were regularly consulted by Barnier and his team during the Brexit process. But because of the strict deadline, the European Parliament only discussed the final deal after it entered into force provisionally. The Parliamentâ€™s trade chair Bernd Lange complained that the deal was â€œnot a great moment for democratic participation,â€ with too little time to check it and not enough information on negotiations.

Green MEP Saskia Bricmont said getting updates from the European Commission on trade negotiations was not the problem. â€œThe problem we face in Europe with trade deals is mostly a lack of trust between institutions and with institutions,â€ Bricmont said.

The Socialists and Democrats’ trade coordinator Kathleen Van Brempt said Brexit provided a bad example because it was such a specific deal. However, she still welcomed the debate in Council about more information and transparency about trade negotiations. â€œThe EU needs more engagement and transparency to gain broader support for trade deals. One way to do that is more engagement of Parliament in setting the Commission’s negotiating mandate, as Parliament represents the EUâ€™s public opinion.â€

This article is part of POLITICOâ€™s premium policy service Pro Trade. From transatlantic trade wars to the UKâ€™s future trading relationship with the EU and rest of the world, Pro TradeÂ  gives you the insight you need to plan your next move. Email [emailÂ protected] for a complimentary trial.Â