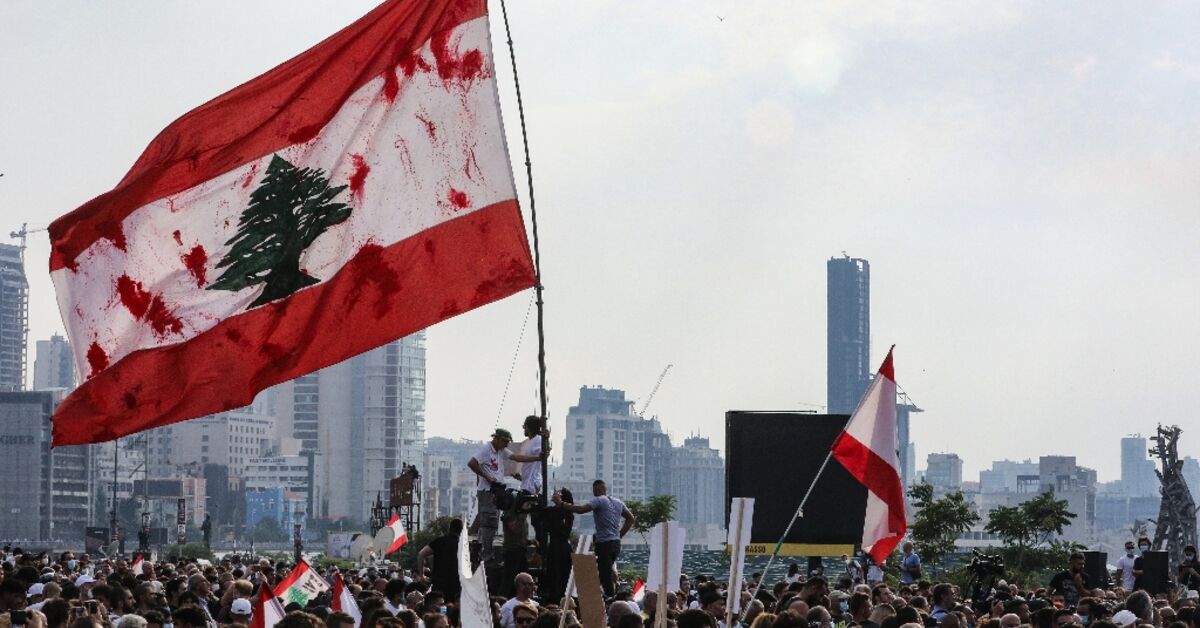 The judge leading the investigation into Beirut’s deadly 2020 port blast refused Wednesday to step down from the probe, rejecting charges brought against him by Lebanon’s top prosecutor in the politically charged case.

Investigative judge Tarek Bitar defied Lebanon’s entrenched ruling elite this week by daring to charge several powerful figures — including prosecutor general Ghassan Oueidat — over the blast and reviving a probe that was suspended for over a year amid vehement political and legal pushback.

One of history’s biggest non-nuclear explosions, the August 4, 2020 blast destroyed much of Beirut port and surrounding areas, killing more than 215 people and injuring over 6,500.

Oueidat told AFP on Wednesday that in order to “prevent sedition” he had “charged investigative judge Tarek Bitar and banned him from travel for rebelling against the judiciary and usurping power”.

But a defiant Bitar told AFP: “I am still the investigative judge and I will not step down from this case.”

Oueidat “cannot charge a judge who has already charged him”, Bitar said, adding that the chief prosecutor “has no authority to charge me”.

A judicial official said Oueidat had summoned Bitar for questioning on Thursday but that the investigator was refusing to attend.

The judicial arm-wrestling is the latest of crisis-torn Lebanon’s mounting woes, as the value of the national currency hit a new record low against the US dollar on Wednesday.

Authorities said the mega-explosion was caused by a fire in a portside warehouse where a vast stockpile of the industrial chemical ammonium nitrate had been haphazardly stored for years.

Bitar resumed work on the investigation after a 13-month hiatus, charging eight officials over the blast — including Oueidat, the head of General Security Abbas Ibrahim, and State Security agency chief Tony Saliba — with probable intent to murder, arson and other crimes.

Oueidat, who has rejected the charges, on Wednesday ordered the “release of all those detained over the Beirut port explosion case, without exception” and banned them from travel, according to a judicial document seen by AFP.

Those ordered released include a dual American-Lebanese citizen, as well as the port chief and the head of customs Badri Daher.

Some of the detainees were released later in the day, AFP correspondents reported.

Lawyer and activist Nizar Saghieh said Oueidat had “no authority” to release the detainees and that his moves were akin to “crowning the port explosion case with impunity”.

Saghieh called the decision a “mafia-style coup on whatever was left of the rule of law” in Lebanon.

Bitar had suspended his work after a barrage of lawsuits, mainly from politicians he had summoned on charges of negligence and the Iran-backed movement Hezbollah, which has called for him to step down.

A judicial official had previously told AFP that Oueidat had in 2019 overseen a security services investigation into cracks in the warehouse where the ammonium nitrate was stored.

Bitar has planned to question 14 suspects next month, including five officials whom he had indicted earlier — among them ex-prime minister Hassan Diab and former ministers.

Lebanese state institutions have been reluctant to cooperate with the probe, which began the same month as the explosion, and the interior ministry has failed to execute arrest warrants issued by Bitar.

“What about the rights to truth, justice, and redress?” she said on Twitter after Oueidat ordered the detainees’ release.

In February 2021, Bitar’s predecessor as lead judge was removed from the case after he had charged several high-level politicians.

Relatives of the dead have been holding monthly vigils, seeking justice and accountability over the disaster, which they blame on an entrenched political class widely seen as inept and corrupt.

Lawyer Cecile Roukoz, who lost her brother in the explosion, called the situation “madness”.

“The investigating judge is supposed to decide if (detainees) are released and the prosecutor general who takes the action,” she said.

“They are doing the opposite.”

For Paul Naggear, who lost his three-year-old daughter in the blast, releasing all of the detainees means “Lebanon has become a total failed state”.