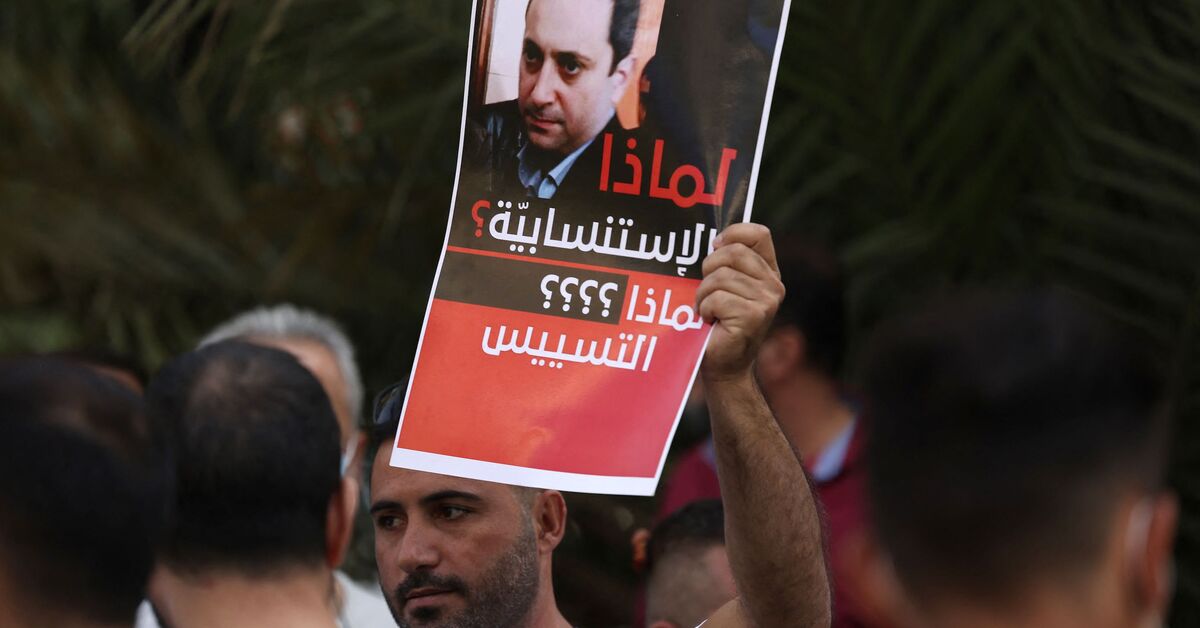 Lebanon’s Prosecutor General Ghassan Oweidat charged the Beirut port explosion judge and served him with a travel ban on Wednesday.

Oweidat summoned Judge Tarek Bitar for questioning and accused him of “acting without a mandate.” This follows Bitar unprecedented charges on Monday implicating the country’s elite in the blast. Those names include Oweidat. Bitar’s announcement has triggered a power struggle within the Lebanese judiciary and a wave of protests against the political class inside Lebanon.

Oweidat called this development a “sedition” and charged Bitar for “rebelling against the judiciary,” AFP reported. He issued an order allowing the release of the 17 suspects being held in pre-trial detention in the blast that killed over 200 people and ravaged Beirut in August 2020.

Bitar vowed on Wednesday to continue his investigation “until the indictment is issued” the Lebanese state agency reported.

Families of victims of #BeirutBlast call for protest outside justice palace tomorrow at 11 am to support Judge Bitar pic.twitter.com/5bjnJuFW9i

Why it matters: The Court of Cassation, the highest in the land, has yet to provide a ruling on the reopening of the investigation.

Bitar has been under political pressure to halt the investigation. He is seen by some as doing his job to the best of his ability, while accused by others of being biased and politicizing his allegations — representing the prevailing division that has been paralyzing Lebanon since 2019.

It is unclear why the investigations were resumed so suddenly, and circumstances around the latest developments are still vague. But the move has rocked local public opinion, which has been calling for answers.

Know more: The Beirut port explosion in early August 2020 was the result of a large stock of ammonium nitrate that had been inappropriately stored since 2014. Ammonium nitrate is a combustible chemical compound used for agricultural purposes as a high-nitrate fertilizer. It can also be used to create explosives.

The container caught fire, which led to several explosions that ravaged the city and entire neighborhoods. More than 215 people were killed and around 300,000 were displaced from their homes, according to Al-Monitor’s report.

The general public sentiment and information from investigations show that the country’s political and security elite were aware of the ammonium nitrate’s presence but did nothing.

Bitar is the second judge to take the case following Judge Fadi Sawan, who led the initial investigation. He was forced out after complaints of bias by Cabinet ministers.

This is a highly sensitive politically charged case. Recent calls were also made to replace Bitar. If this were to happen, it could be the final blow to the investigation.