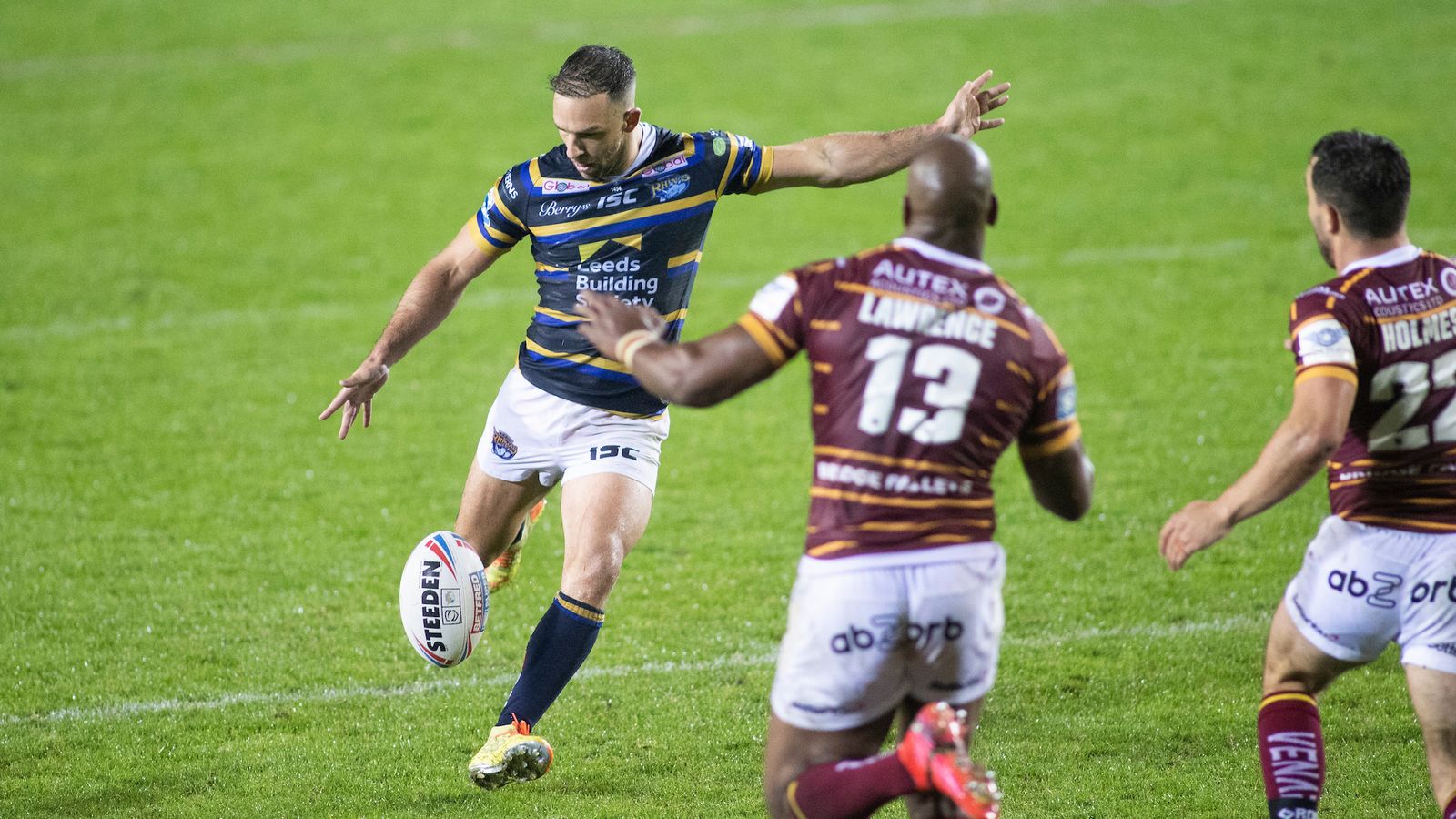 Matty English’s converted try and two penalties from Oliver Russell saw Huddersfield leading 10-0 at half time, despite playing with 12 men at one point due to English’s sin-binning and losing influential hooker Adam O’Brien to injury.

But in a similar vein to the previous meeting between the sides at the start of August, Leeds fought back with tries from Konrad Hurrell and Tom Briscoe put them ahead, with history repeating as Gale slotted over the one-pointer late on after Russell’s third penalty had drawn Huddersfield level.

Leeds went into the game without seven players who were stood down due to coronavirus protocols. The Rhinos said one player was left out as he waits for the results of an antigen test after a family member displayed Covid-19 symptoms and six others were stood down through track and trace after coming into close contact with him.

The Rhinos, whose game against Wakefield Trinity last week was postponed due to Covid-19 tests among their opponents, say the team missed a day’s training and it showed throughout the first half.

Huddersfield, who gave a debut to new recruit Chris McQueen, were boosted by the return of captain Aiden Sezer who was so influential in the impressive start to the season before lockdown and was pulling the strings from the kick-off at the Totally Wicked Stadium.

The Giants went in front after just three minutes when prop English crashed through the Leeds defence from close range but he was sin-binned shortly afterwards after referee Scott Mikalauskas singled him out following repeated team infringements.

Huddersfield had to use half-back Tom Holmes as a hooker after losing O’Brien midway through the first half with a head injury and there was also a change of referee as Mikalauskas gave way to James Child after losing his voice.

The Giants were still down to 12 men when they extended their lead with a penalty from Russell, awarded for a late tackle on Sezer, and he added a second four minutes before half-time to make it 10-0.

Hooker Brad Dwyer sparked the Leeds fightback when he regathered possession after his grubber kick rebounded off a defender and got centre Konrad Hurrell over for a try four minutes into the second half.

Gale’s touchline goal cut the deficit to four points but, as the conditions quickly deteriorated in the driving rain, it was quickly evident that further scoring opportunities would be limited.

Leeds full-back Richie Myler conjured up a magical pass to get winger Briscoe over for his side’s second try on 55 minutes and Gale kicked another superb conversion to give them the lead for the first time.

Russell then levelled the scores with a penalty, awarded after he was tackled high by Rob Lui, setting the scene for a frantic finale.

Rhinos centre Harry Newman forced his way over the Huddersfield line on 64 minutes only to have the ball stolen and Gale was narrowly wide with the resultant penalty.

The Giants forced a drop-out at the other end to give them an opportunity of a drop goal but Sezer’s effort was wide and Gale had a second effort charged down before finally finding the target six minutes from the end.