Less Than A Month Into The Job, Liz Truss Is Already Battling To Convince Her MPs She Is Up To Being Prime Minister 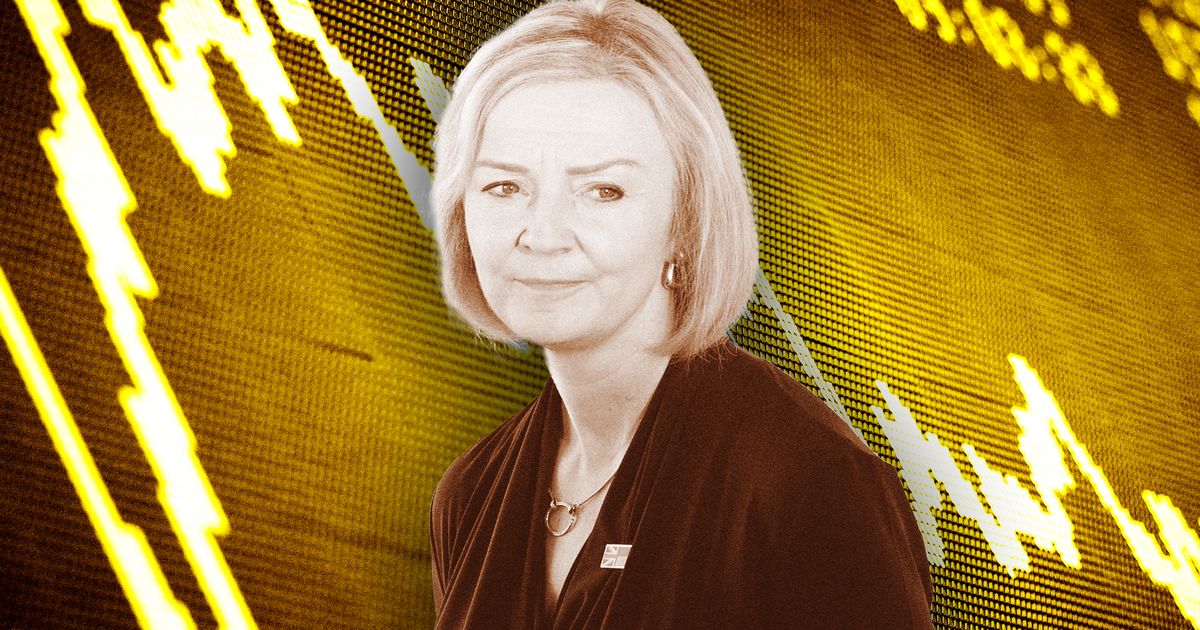 A party conference less than a month after becoming prime minister should, in theory, be something to look forward to for any new Conservative leader.

But for Liz Truss, the next few days in Birmingham are more likely to be endured than enjoyed.

The Tories meet for their annual gathering with an economy in chaos and the opinion polls predicting the party is heading for an extinction-level event at the next election.

One former cabinet minister who backed Truss in the leadership contest told HuffPost UK: “Conference is going to be a shitshow with a capital S.”

Another Tory MP has taken to telling colleagues that the party has been “Trussterfucked.”

Making good on Truss’s leadership contest promise to rip up Treasury “orthodoxy”, he announced the abolition of the 45p income tax rate paid by those earning more than £150,000 a year, as well as the scrapping of the cap on bankers’ bonuses.

The basic rate is also being cut from 20p to 19p, in addition to the reversing of the rise in national insurance and the scrapping of the planned hike in corporation tax.

In all, £45 billion-worth of taxes are being axed, funded by a massive spike in government borrowing.

With no Office for Budget Responsibility assessment of what it all meant for the public finances, the verdict of the international money markets was swift and brutal – the value of the pound plummeted and the cost of government borrowing soared.

That led to forecasts that interest rates could hit 6 per cent next year, meaning misery for mortgage holders and those looking to get on the property ladder.

In a highly unusual move, the International Monetary Fund issued a statement urging the government to “re-evaluate” its strategy, while the Bank of England was forced to bail out the pensions industry to the tune of £65 billion to ensure the “financial stability” of the UK.

After days of silence, Truss finally broke cover in a series of disastrous local radio interviews, during which she blamed the war in Ukraine for causing global economic uncertainty and insisted the government would not be changing course.

Within hours, a succession of opinion polls appeared, each giving Labour a huge lead, with a YouGov survey for The Times putting Keir Starmer’s party an astonishing 33 points ahead of the Tories.

It means that in her conference speech on Wednesday, not only must Truss convince her party that she’s up to the job, she must also try and show the country that her government can turn things around while at the same time reassuring the markets that the UK is not an economic basket case.

HuffPost UK understands that many Tory MPs – especially ones with no future under a Truss premiership – are responding to the gloom enveloping the party by simply not showing up in Birmingham.

“Lots of people are unhappy about how they were sacked,” said one insider.

“They’ve been cast out into the cold and there’s now a lot of people biding their time and considering stepping down.”

“I am the proud owner of a grade D in GCSE maths and even I could run the economy better than this bunch of chancers.”

Talk of letters of no confidence already being sent to 1922 committee chairman Sir Graham Brady are overblown, with MPs – even those who backed Rishi Sunak for leader – still willing to give the PM the benefit of the doubt.

“There’s certainly grumpiness around as you’d expect, given some people have lost roles, but the vast majority of the party are backing the PM to succeed,” an MP told HuffPost UK.

One backbencher said: “People are pissed off but know how ridiculous it would be to change leaders again after so little time.”

Another added: “I didn’t vote for Liz but she won a mandate of the membership. The whole party needs to rally round and give her the time and the space to implement her policies.”

In a sign of the deep splits within the party, one MP likened the prime minister’s supporters to “Branch Davidian cultists still supporting David Koresh as the compound burns down”.

One aide said: “I am the proud owner of a grade D in GCSE maths and even I could run the economy better than this bunch of chancers.”

Meanwhile, Charles Walker – the longstanding MP for Broxbourne who is quitting at the next election – said his party must now prepare itself for opposition.

He told Times Radio: “It’s hard to construct an argument now that the Conservatives can win that general election, I suspect the conversation is, you know, how much do we lose it by?”

One party insider was more optimistic, however, telling HuffPost UK: “Polling is perhaps that biggest issue of concern but it’s a mid-term government in a period of economic crisis, having just come out of a bruising leadership election.

“Of course polling is going to be poor and not helped by the constant sniping from Conservative MPs. Liz just needs to hold firm, get the unpopular stuff out of the way quickly and dividends should land before or by the next election.”

“The government now has a choice to dash for growth or play it cautiously,” another party insider said.

“Whilst playing it cautious will please the market now, it will lead to certain doom come the election, or we can bet on growth now with adverse short-term impacts but in the medium or long-term it could work really well.”

Tory anger at the impact of the mini-budget is growing, however, with some MPs – including former chief whip Julian Smith – breaking cover to urge the PM and chancellor to U-turn.

The Government must scrap 45p, take responsibility for the link between last Friday & the impact on peoples mortgages & make clear that it will do everything possible to stabilise markets & protect public services

They will have their chance to flex their muscles when the Finance Bill implementing the tax changes is brought before parliament.

In what would be a huge blow to Truss’s credibility, some MPs are preparing to join forces with the opposition to try to defeat the government.

“MPs are whispering about refusing to back the budget vote,” said one Tory adviser. “This was supposed to be the easiest of all the supply side reforms.

“I don’t think it will happen but still noteworthy that they’re even thinking about or talking about this.”

As she prepares to address the party faithful, Liz Truss knows that she is already in the fight of her political life, just four weeks after taking over from Boris Johnson in Number 10.