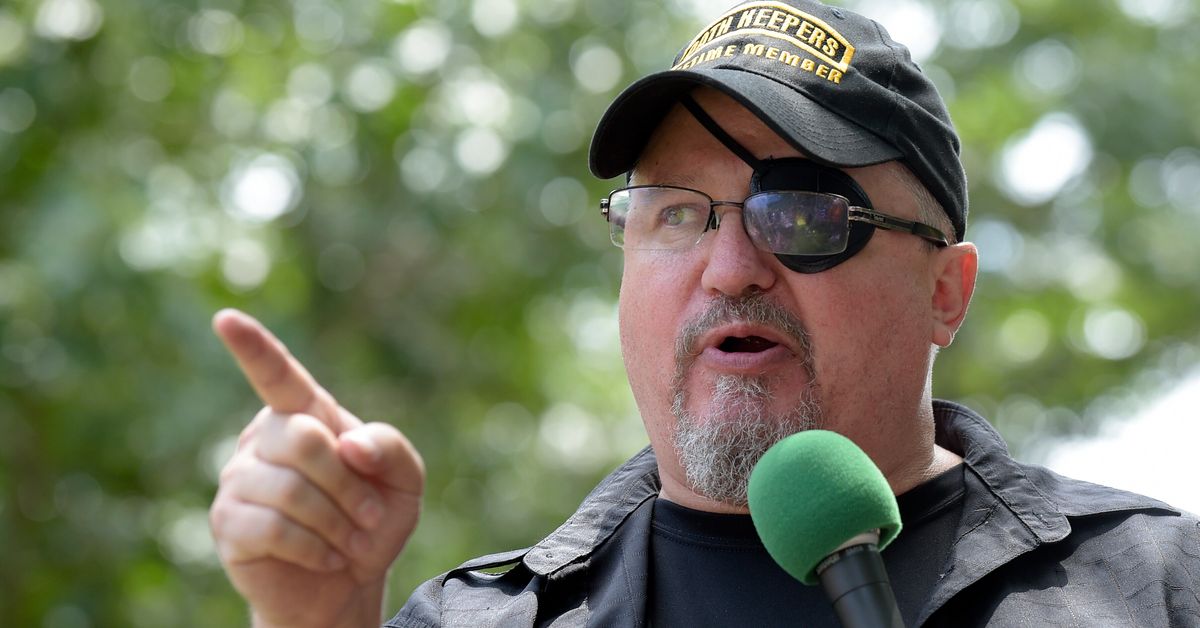 Days after a right-wing mob terrorized Capitol police, staff and lawmakers, leaving several dead in their wake, Oath Keepers founder Elmer Stewart Rhodes allegedly met an acquaintance in a Texas parking lot with a message for then-President Donald Trump: It wasn’t over. He could still stop Joe Biden’s inauguration.

The acquaintance, Jason Alpers, claimed he could get the message into Trump’s hands through an “indirect” pipeline.

Rhodes typed up the letter, which was entered into evidence at the Oath Keepers’ seditious conspiracy trial in federal court on Wednesday, after Alpers became a government witness.

“You must use the insurrection act and use the power of the Presidency to stop him,” Rhodes urged Trump, according to prosecutors.

Alpers never delivered the message because he did not agree with it, USA Today reported. At the time, Rhodes had repeatedly pushed the dubious idea within the far-right militia group that Trump could invoke the Insurrection Act to stay in power. The act allows presidents to invoke the military in certain situations, but it has not been used in three decades.

“I am here for you and so are all my men. We will come help you if you need us. Military and police. And so will your millions of supporters,” Rhodes allegedly wrote.

If Trump did not act, Rhodes allegedly warned, the results would be grim.

“If you don’t then Biden/Kamala will turn all that power on you, your family, and all of us,” the letter read. “You and your children will die in prison. And us veterans will die in combat on US soil, fighting against traitors who YOU turned over all the powers of the Presidency to.”

Rhodes allegedly urged Trump to “be a Churchill, not a Chamberlain (the British Prime Minister who wanted to appease Hitler).”

Rhodes and four other Oath Keepers have been on trial for weeks on charges of seditious conspiracy, which carries a potential 20-year prison sentence, for their role in the Capitol attack. A handful of Oath Keepers have pleaded guilty to the charge, while others face trial next month.

Attorneys for Rhodes and the others have largely sought to portray the Oath Keepers as a security force that tried to help law enforcement on Jan. 6, 2021.

No cameras are permitted in the courtroom.

On Wednesday, prosecutors shared messages between the group members that were sent after the riot. In the messages, Rhodes instructed his followers to “sit tight” and “prepare yourselves, your gear, your teams, and above all your community” while he worked on his plan to keep Trump in office.

“We are still in the twighlight [sic] before open conflict,” he wrote in one text, sent on the encrypted messaging platform Signal.

Rhodes allegedly spent more than $17,000 on ammunition, firearm supplies and survival gear after the riot.

At the time of the parking lot meeting, on Jan. 10, 2021, Alpers was wearing a recording device, allowing prosecutors to play the audio for jurors. Alpers testified that he wore the wire for his own “protection,” to make sure he got the message right.

On the recording played in court, Alpers and Rhodes appear to have opposing information on whether Trump had invoked the Insurrection Act by that point. Alpers remarks that getting in touch with Trump ― or “the head guy” ― was difficult at the moment.

Throughout the recording, Rhodes appears convinced that Biden, as president, would use the Insurrection Act to throw Trump supporters in prison. At another point, Rhodes lamented that the group did not bring their high-powered rifles to Capitol Hill.

“If he’s not going to do the right thing, and he’s just gonna let himself be removed illegally, then we should have brought rifles,” Rhodes said in the recording, per Bloomberg.