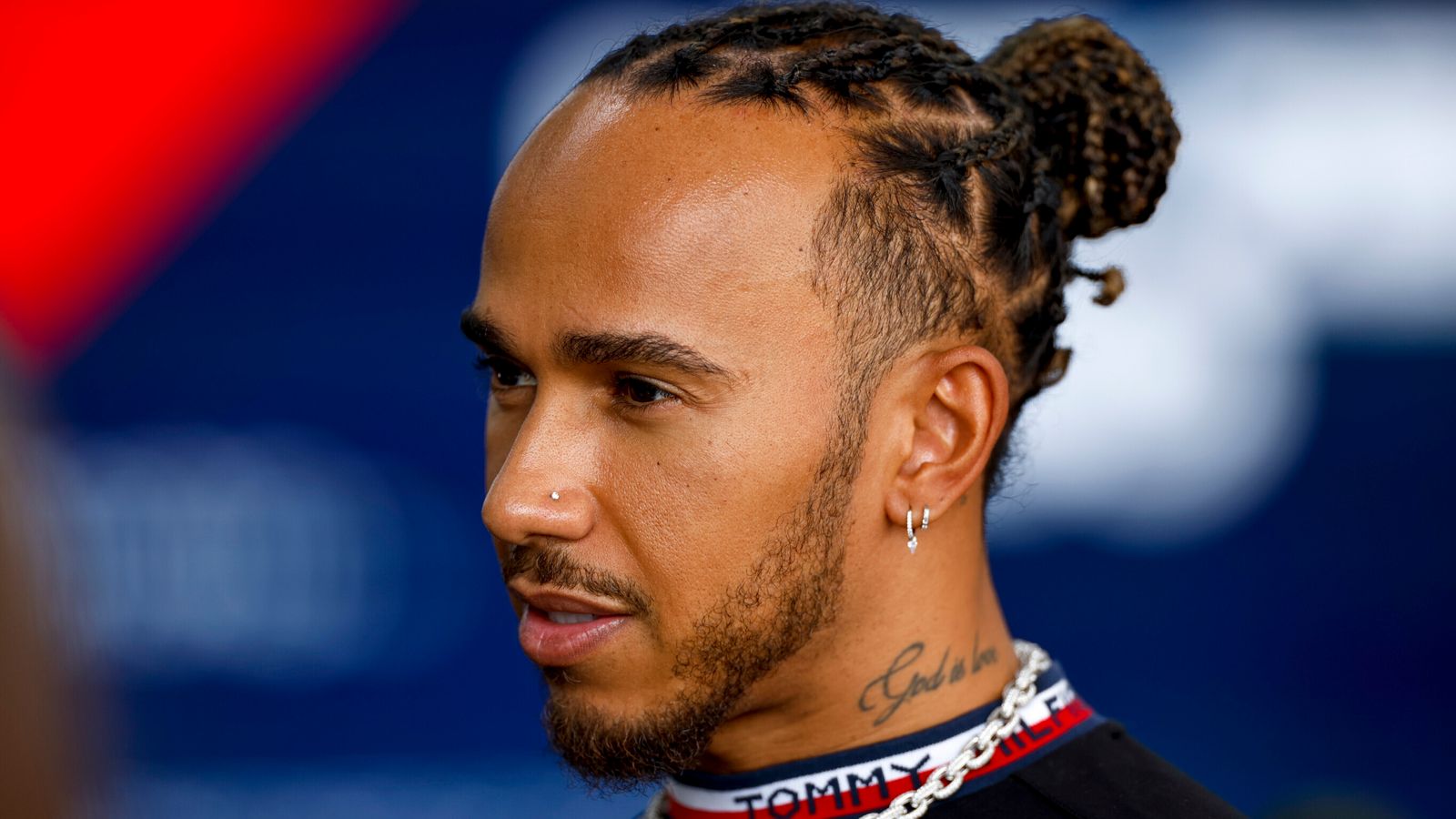 Lewis Hamilton has confirmed he plans to sign a new “multi-year” contract with Mercedes; the seven-time world champion’s current deal expires at the end of the 2023 season; watch the Mexico City GP live on Sky Sports F1 this weekend, with the race at 8pm on Sunday

Lewis Hamilton has revealed he plans to sign a new “multi-year” contract with Mercedes that will see the seven-time world champion race into his forties.

The 37-year-old said earlier in his career that he did not envisage racing to such an age, but after losing out to Red Bull’s Max Verstappen on two successive drivers’ titles, insists Mercedes “have a championship that we need to get back”.

Hamilton’s interests outside of Formula 1 include working on the fight for social and racial equality, fashion, music, film, and recently becoming a part-owner of an NFL team, but he is adamant the sport remains his priority.

“I’m not putting a limit on it to be honest,” Hamilton said on Thursday ahead of the Mexico City Grand Prix.

“I’m planning to do a multi-year deal with my team.

“I really, really don’t know what the next five years (hold). I think we’re still trying to work on that. There are a lot of great things being put in place, like I just launched a production company this week, but I feel great in my mind and body.

“I want to continue, I think there’s more stuff for us to achieve together so I want to be here longer.”

Hamilton considered leaving the sport after being agonisingly – and controversially – denied an eighth world title in 2021, and has endured the most challenging campaign of his career this year as Mercedes struggled, with Red Bull dominating.

The Brit believes the challenges the team have faced over the last 12 months will make returning to the top that much more satisfying.

He said. “If we’d have a year like last year and we were competing at the front all year, who knows where I would be?

“Each year you have to ask yourself if you’re willing to give as much if not more than you did when you first started. Are you willing to give up all your time to prepare and train and work with the team and deliver?

“If there’s ever a moment that I’m arriving and I’m just coasting along, then that’s when I don’t belong here, and don’t deserve the position here, and that’s when I should stop. I question myself as to whether I’m able to do that and whether I want to do that, and the answer is yes.

“We obviously have a championship that we need to get back, and I love the mission and that challenge with my team.”

Hamilton, who has spoken openly about challenges he has faced with his mental health in the past, said one of the highlights of Mercedes’ testing period has been seeing his male colleagues open up.

“Every single person that’s back here has given up so much time in their lives on the road, year after year, and this one’s been a really, really challenging one for us all in so many ways,” Hamilton said,

“But it’s been beautiful to see the journey that everyone individually has gone on, but also collectively how we’ve gelled together and pulled together, pulled up closer to each other, been more open.

“With a room really full of men most often, them showing more of their vulnerability, that’s been a really interesting process, and I’m grateful to be a part of it.

“I can’t wait to the time where we get back to success, when we finally get that win, when we get that championship – it’s going to make all of these tough moments worthwhile.”