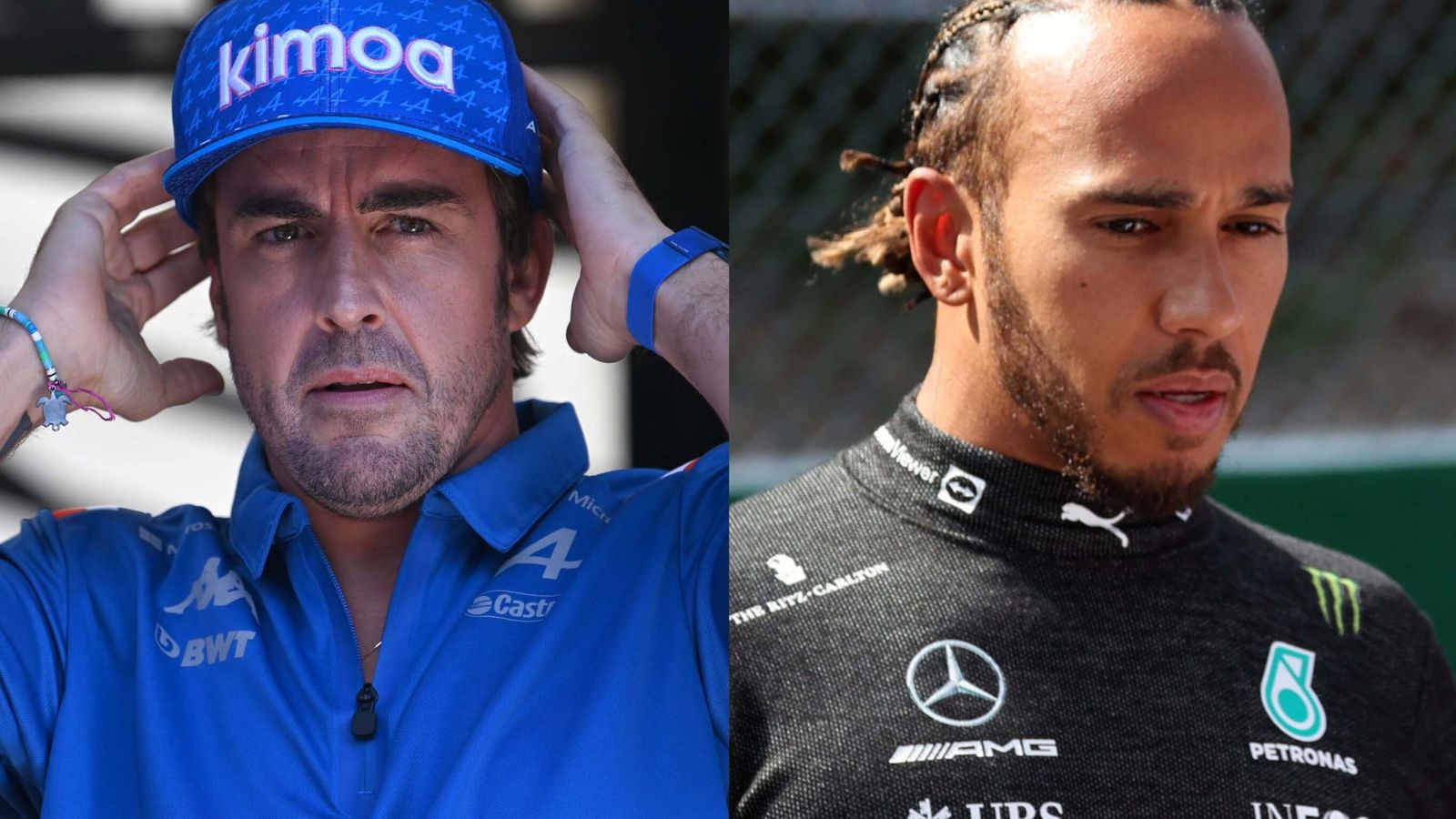 Lewis Hamilton posted a photo on social media on Saturday in an apparent cryptic response to comments from Fernando Alonso; the Spaniard was reported to have told Dutch media that he believes Max Verstappen’s F1 titles are “worth more” than Hamilton’s

Lewis Hamilton posted a cryptic response on social media following a report that claimed Fernando Alonso had said Max Verstappen’s championships were worth more than the Brit’s.

The Spanish driver, formerly Hamilton’s team-mate at McLaren, was quoted in the Dutch newspaper, De Telegraaf, as saying Verstappen’s titles were of greater value due to the more competitive nature of the seasons in which the Dutchman triumphed.

Verstappen recently sealed his second successive drivers’ championship with four races to spare, after edging out seven-time champion Hamilton last season in controversial circumstances after a titanic battle to claim his maiden title.

Following the release of the report on Saturday, two-time world champion Alonso took to social media to bemoan “the continuous search for headlines”, adding all titles were “amazing”.

However, Hamilton, appearing to respond to the report, later posted an image from his 2007 season alongside Alonso at McLaren, which showed the Brit stood on top of a podium with the Spaniard below him, accompanied by a thumbs up emoji.

Alonso was reported to have said: “Max’s titles are worth more than Hamilton’s.

“I have a lot of respect for Lewis but it’s different when you win seven world championships having only had to fight against your team-mate.”

After a confusing finish, Johnny Herbert is the person to reveal to Max Verstappen that he has become 2022 F1 drivers’ world champion

After a confusing finish, Johnny Herbert is the person to reveal to Max Verstappen that he has become 2022 F1 drivers’ world champion

Alonso hit back at the report, writing on Twitter “Please, all the titles are amazing, well deserved and inspiring. Incomparable to each other and let’s enjoy champions and legends of our current time.

“Tired of the continuous search for headlines. Let’s enjoy them”.

The incident marks the second time in two months that tensions have flared between the former team-mates.

The pair posed with a signed Hamilton cap, gifted to Alonso, following insulting comments made by the Spaniard on team radio when the pair collided in a frantic first-lap incident in Belgium.

Watch the Mexico City Grand Prix live on Sky Sports F1 at 8pm, with build up from 6:30pm on Sunday.