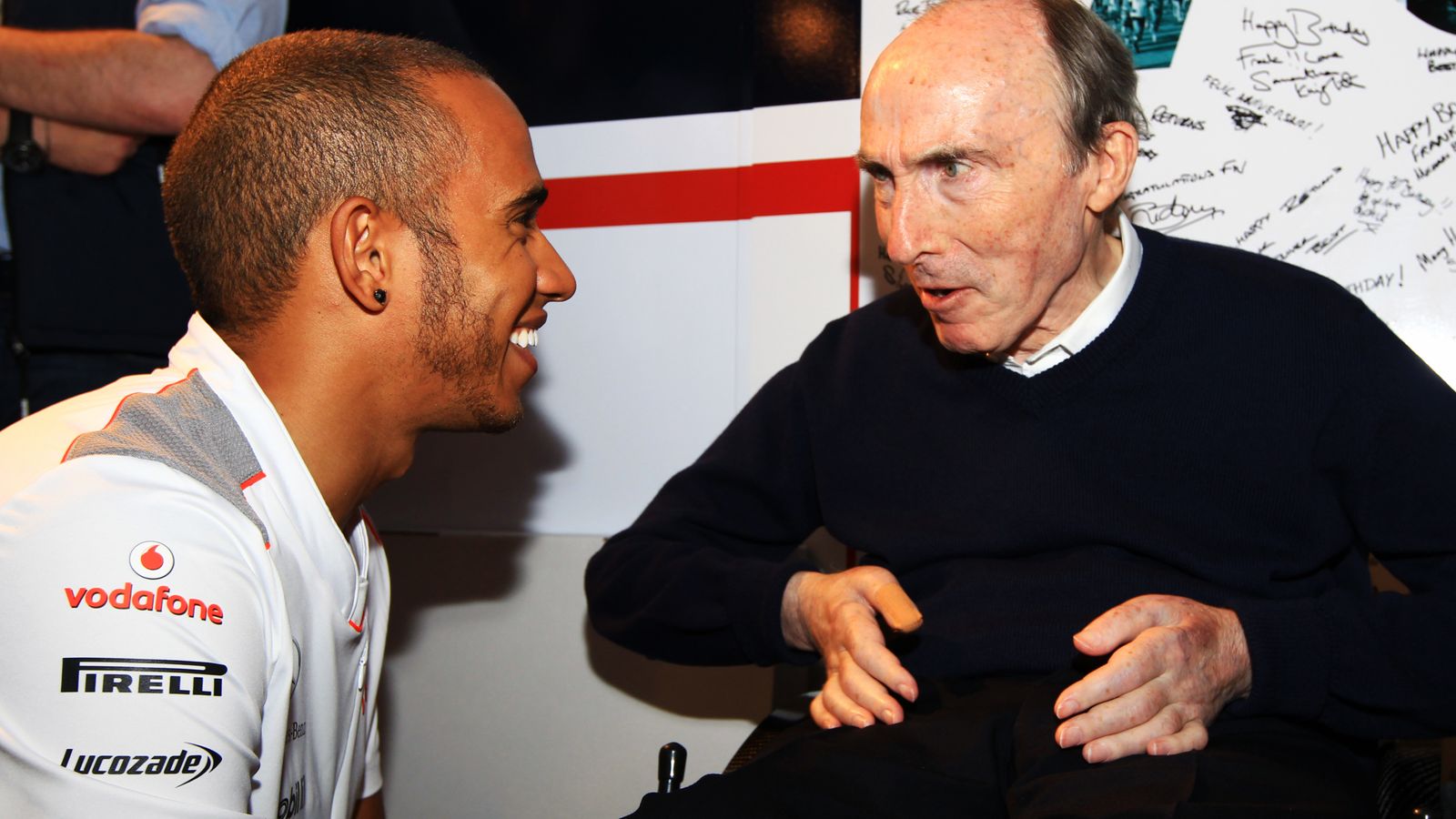 Lewis Hamilton said he used to “dream” of driving for Williams while Sebastian Vettel recalled fond memories of the team’s former glories, as F1’s multi world champions reacted to the Grove outfit’s big news at the Italian GP.

It was confirmed on Thursday the Williams family would leave the team founded by Sir Frank Williams more than 40 years ago after this weekend’s race – following the recent takeover by US investment firm, Dorilton Capital.

Both Sir Frank, 78, and daughter Claire, who took over day-to-day control of the team when becoming deputy team principal beneath her father in 2013, will vacate their roles at one of the sport’s most iconic and successful stables – although the Williams name will still be in use.

“I’m a big fan of Sir Frank and his incredible contribution to the sport,” said Hamilton, the six-time F1 champion and 2020 leader. “He was always so positive to me and was one of the people I respected most here.

“He was probably one of the most honest, if not the most honest people in Formula 1. And so definitely sad to see an end of a chapter, but I think the legacy will continue.”

Hamilton has never raced for Williams – although Sir Frank did try to sign him as a youngster before his move to McLaren – and their stars have not aligned in recent years, with driver and team at contrasting ends of the grid.

But Hamilton admitted: “I was hopeful at some stage that they were going to come back and be back at the front.

“I remember dreaming of driving the car that [Nigel] Mansell had, or one of DC’s [David Coulthard’s] cars or something… but it never turned into a real option for me. And that’s when I moved obviously to Mercedes.

“But I wish them all the best and all the health in the world on their next endeavours.”

Vettel, meanwhile, did drive a Williams, albeit only for a test after shining in Formula BMW as a youngster.

“I did my first test with Williams, Williams-BMW at the time, in 2005 and Frank was’t quite sure when Mario [Theissen, then BMW boss] told him I was going to drive the car,” Vettel, now at Ferrari, told Sky F1. “He didn’t look very convinced!

“But obviously that’s how we got to know each other and we have a great relationship.

“I never raced with Williams, but Williams is a team I associate with a lot of success. Brilliant performances in the 90s, German drivers, Heinz-Harald Frentzen but also Ralf Schumacher.

“It’s a shame the team got beaten so badly in the last few years and was in such trouble. I hope the name stays and wish the best for Frank, and Claire as well.”

Hamilton’s Mercedes team-mate Valtteri Bottas made his F1 debut with Williams and said he would not be battling at the front of the grid like he is today if it was not for their support.

“I still remember the day I first went to the factory and met Frank,” Bottas recalled. “They really believed in my and gave me an opportunity to show what I can do.

“Without Williams, without Frank – who was at that time very much in charge – I wouldn’t be here.

“To be honest, I was quite sad to see the news that the family is stepping away from the race team. Even Frank, who was pretty much aside… it was his life project.

“The whole family should be very proud of what they’ve achieved, and if anyone doesn’t know about the past they should just Google the results of Williams. What they achieved is really impressive for a family team.”