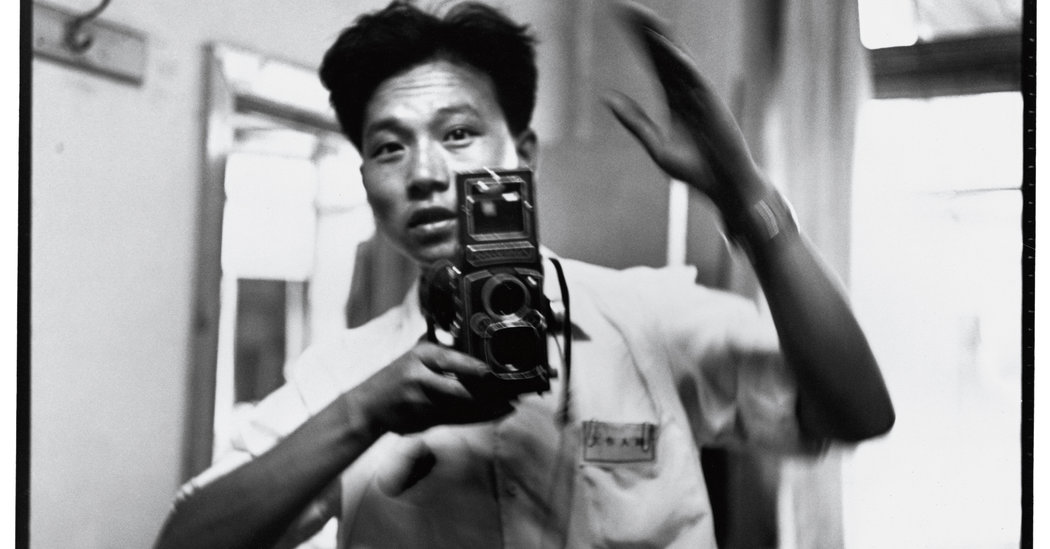 Li Zhensheng, a Chinese photographer who took great personal risk to document the dark side of Mao Zedongâ€™s Cultural Revolution and produced a powerful compilation of black-and-white images that remains a rare visual testament to the brutal excesses of that tumultuous episode in history, has died. He was 79.

His death was confirmed on Tuesday by Robert Pledge, a founder of Contact Press Images and editor of Mr. Liâ€™s photo book â€œRed-Color News Soldier,â€ who said that Mr. Li had been hospitalized in New York City. He lived in Queens. Further details, including the date of his death, were not released.

Mr. Li was a young photographer at a local newspaper in northeastern China when Mao started the Revolution in May 1966. Wearing a red arm band that said, â€œRed-Color News Soldier,â€ Mr. Li was given extraordinary access to official events.

â€œI was excited like everyone else,â€ he recalled in a 2003 interview with The New York Times. â€œThe happiness was real. We felt lucky to be living the moment.â€

But his excitement quickly gave way to anxiety. What began as a political campaign aimed at consolidating power soon engulfed the entire country, unleashing decade-long turmoil that upended Chinese society. Factions of radical youths known as â€œRed Guardsâ€ roamed the country battling one another and perceived â€œclass enemies.â€

Countless historical sites and relics were destroyed in the name of stamping out Chinaâ€™s â€œfeudalâ€ and â€œbourgeoisâ€ culture. Mr. Li began to have doubts after witnessing Red Guards in the northeastern province of Heilongjiang ransacking churches and temples, burning scriptures and criticizing monks.

â€œI realized that I had to document this tumultuous period,â€ he wrote. â€œI didnâ€™t really know whether I was doing it for the sake of the revolution, for myself or for the future, but I knew I had to use a camera as a tool to document it.â€

Mr. Li took not just the propaganda photos â€” the raised fists, the revolutionary fervor, the mass assemblies â€” that were required by his newspaper, but also less flattering ones. He amassed about 100,000 photos during that period, stashing many of the negatives under the parquet floorboards in his home in Harbin, the capital of Chinaâ€™s northernmost province, where they remained undeveloped for years.

His collection remains one of the most complete and nuanced visual chronicles of how the Cultural Revolution upended daily life far away from the capital, Beijing. Among the photos are numerous ones of â€œstruggle sessions,â€ in which people were criticized, abused and made to stand for hours with their heads bowed before a sea of accusers.

At times Mr. Li participated in the criticisms, too, shouting slogans to get a crowd going so that he could take photos. During these sessions, many people were forced to wear placards around their necks detailing their supposed crimes: â€œbig property owner,â€ â€œblack gang element,â€ â€œcounterrevolutionary revisionist element.â€ Some were sentenced to hard labor or death. Mr. Li documented the executions.

Though he had only one chance to photograph Mao, the â€œgreat helmsmanâ€ is omnipresent, seen in portraits, busts and badges. In one photo, people shouted praises to Mao as they swam in the Songhua River. In another, a newlywed couple decorated their bedroom with photos and quotations of the chairman. According to the official caption, the couple were later criticized for making love under Maoâ€™s eyes, but they defended themselves by saying that they had always turned out the lights first.

By the end of the Cultural Revolution, in 1976, tens of millions of people had been persecuted and up to 1.5 million had died according to some estimates. Many were driven to suicide.

â€œNo other political movement in Chinaâ€™s recent history lasted as long, was as widespread in its impact, and as deep in its trauma as the Cultural Revolution,â€ Mr. Li said in a 2018 interview with The Times.

In 1988, China was in the midst of a brief period of openness when Mr. Li exhibited 20 of his previously hidden images for the first time in Beijing. His series, â€œLet the Past Speak to the Future,â€ won the top prize in the competition.

In the decades since, the Cultural Revolution has become an increasingly taboo topic in China. Officials had repeatedly blocked Mr. Liâ€™s attempts to publish the photos, part of a broader effort by the ruling Communist Party to whitewash that turbulent chapter.

â€œLi Zhensheng gave a face, an image and a texture to the horrors of a period of incredible importance in modern Chinese history,â€ said Geremie R. BarmÃ©, an Australian Sinologist. â€œHe is part of a large body of men and women of conscience in China who have pushed to remember and reflect on a period of history that the authorities would rather distort or silence.â€

In 2003, Mr. Li published a book of his photos called â€œRed-Color News Soldier.â€ Since then, the photos have been exhibited in more than 60 countries.

â€œI think we must try, through serious reflection, through contemplation, to relieve those whose souls were tortured,â€ he wrote in the book. â€œI want to show the world what really happened during the Cultural Revolution.â€

Li Zhensheng was born to a poor family in the northeastern port city of Dalian on Sept. 22, 1940. His father, Li Yuanjian, was a former cook on a steamship. Mr. Li was 3 when his mother, Chen Shilan, died.

Not long afterward, the family moved back to their ancestral hometown in the eastern province of Shandong. Mr. Li grew up with his younger sister and elder half brother, who was killed in 1949 fighting in Maoâ€™s revolutionary army.

Mr. Liâ€™s interest in cinema and photography was sparked at a young age. To pay for movie tickets, he collected and sold empty aluminum toothpaste tubes. While in middle school, he traded a prized stamp collection for his first camera. Friends sometimes pooled their money to buy a roll of film so that Mr. Li could take their photos.

He went on to study cinematography at the Changchun Film School in the northeastern province of Jilin. But because of Maoâ€™s disastrous economic policies during the program called the Great Leap Forward and the mass famine that followed, there were few job opportunities in the field. After graduation, Mr. Li eventually found a job as a photojournalist at The Heilongjiang Daily in Harbin.

He married Zu Yingxia, an editor at the newspaper, in 1968. That year â€” two years into the Cultural Revolution â€” Mr. Li was accused of being a â€œnew bourgeois.â€ He was criticized before 300 employees of the newspaper for more than six hours and demoted.

The next year, he and his wife were sent to the countryside for â€œrectificationâ€ and forced into manual labor. By the time they were permitted to return to Harbin, in 1971, the height of the Cultural Revolution had passed. He went back at the newspaper, though it wasnâ€™t until after Maoâ€™s death, in 1976, that he finally felt safe.

In 1982, Mr. Li began teaching photography at a university in Beijing, where he met Mr. Pledge, of Contact Press Images, in 1988. They kept in touch and began working on Mr. Liâ€™s photo book a decade later.

At his death, they were working on a new book, of self-portraits that Mr. Li took during the Cultural Revolution â€” a risky act at a time when people were expected to put party before self. Mr. Li also documented the pro-democracy protests in Beijing that led up to the Tiananmen Square crackdown in 1989, though he never published the photos.

â€œIt had been his obsession all his life â€” to be a witness to history and to record it,â€ Mr. Pledge said.

In his later years Mr. Li split his time between New York and Beijing, where he could be closer to his son, Xiaohan, and daughter, Xiaobing. Information on his survivors was not immediately available.

Mr. Liâ€™s lifelong wish was to make his fellow Chinese remember the Cultural Revolution. That mission became more difficult in recent years as the Chinese authorities reversed efforts to reckon with modern history, resulting in what some have called a nationwide collective amnesia.

Still, he took a step closer to the goal in 2018, when the Chinese University of Hong Kong published the first Chinese-language edition of â€œRed-Color News Soldier.â€ Though it was distributed mainly in Hong Kong and Taiwan, some copies found their way to mainland China through unofficial channels.

â€œSome people have criticized me, saying I am washing the countryâ€™s dirty laundry in public,â€ Mr. Li said in 2018. â€œBut Germany has reckoned with its Nazi past, America still talks about its history of slavery, why canâ€™t we Chinese talk about our own history?â€