Lisbon lost, a banker on the run and one peeved president: Bad times for Portugalâ€™s Costa 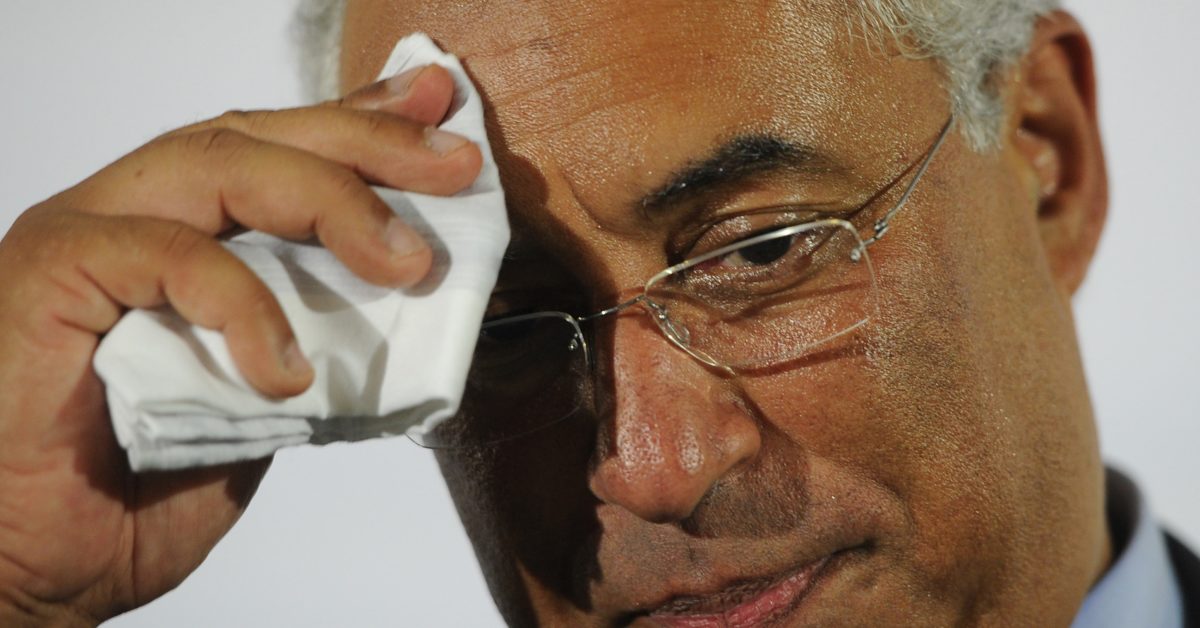 AntÃ³nio Costa should have been on top of the world: His Socialist Party polled well ahead of the opposition in nationwide municipal elections, his handpicked vaccine czar declared victory over COVID-19 after running a world-beating inoculation program and a long-running financial scandal saw a satisfying denouement and prison sentence for a high-profile banker.

But the sweet taste of victory has quickly turned sour as the primer ministerâ€™s bungled attempt to promote the vaccine hero degenerated into an ugly institutional battle, and he faces a national outcry after the well-connected banker slipped away to safety overseas.

The election lost Costa his capital city and successor, while the center-right opposition gained a new star in the shape of former European Commissioner Carlos Moedas, now theÂ incoming mayor of Lisbon.

Moedasâ€™ shock victory in the race for Lisbon was the headline story of elections for all 308 of Portugalâ€™s city halls earlier this month.

Few gave the former European research commissioner any chance of victory in his debut election, but Moedas confounded opinion polls, bringing to an end 14 years of Socialist rule in the capital.Â

â€œWe won against all the odds,â€ Moedas told cheering supporters. â€œWeâ€™ve shown we can change the system â€¦ Weâ€™ve started a new cycle; this has started in Lisbon, but Iâ€™m certain it wonâ€™t end in Lisbon.â€

But the Lisbon defeat was widely seen as a turning point in the Socialistsâ€™ hold on Portuguese politics since Costa came to power in 2015.

The elections â€œwere of national significance. The PS may still dominate the municipal map, but it comes out of these elections enfeebled, with a clear sense that its power has reached its limit,â€ Manuel Carvalho, director of the PÃºblico newspaper,Â wrote Monday.Â â€œThe PSD was the clear winner.â€

Moedas defeated the incumbent Fernando Medina, who succeeded Costa as Lisbon mayor in 2015. Medina was also a favorite to take over as party leader and prime minister when Costa steps down to seek a top European post ahead of the next parliamentary elections in 2023, as is widely rumored. Medinaâ€™s hopes now look dead in the water.Â

Other key cities also slipped out of the PS grip, including Funchal, capital of Madeira island, and the ancient university seat Coimbra, long a Socialist fief. In the second city of Porto, the PS scored its worst-ever result â€” just 18 percent.

The results were a vindication for PSD leader Rui Rio, who picked Moedas as a candidate and staked his political future on securing a good score in the local elections.

On the day after the results, Costa seemed to have found the perfect antidote to the bad news.Â

Following a shaky start to the vaccine campaign, Costa put Gouveia e Melo in charge in February. With quiet efficiency, the former submarine commander made Portugal the worldâ€™s champion jabber.Â

Later, the government leaked it was promoting Gouveia e Melo to head of the navy.Â

Unfortunately, Costa and his defense minister JoÃ£o Cravinho appeared to have forgotten that top military appointments are the job of Portugalâ€™s president, Marcelo Rebelo de Sousa.Â

The head of state promptly rescinded the decision to dump current navy commander Admiral AntÃ³nio Mendes Calado, who happens to be an outspoken critic of government plans for armed forces reform.Â

â€œThereâ€™s only one person who can take that decision, and thatâ€™s the president of the republic,â€ said a clearly irritated Rebelo de Sousa, who censored the government for dragging the vaccine hero into such a mess.Â

Costa and Cravinho rushed to the presidential palace for late-night talks amid a wave of criticism from military figures and the opposition.Â

Adding to Costaâ€™s woes is the flight of banker JoÃ£o Rendeiro.Â

Rendeiro had already been sentenced to a total of 15 years for money laundering, tax fraud and other crimes, but lawyers had managed to keep him out of jail.Â

His conviction on fraud charges Tuesday with an additional three-year sentence, however, looked set to put him behind bars â€” until RendeiroÂ announcedÂ he would not be returning to Portugal,Â apparently after receiving judicial authorization for a trip to London.Â

Media reports had him variously in Belize and Singapore.Â

His escape provoked howls of outrage and seemed to confirm a widely-held belief, fanned by radicals on the right and left, that business and political elites are above the law.

â€œThese cases almost always leave the bitter taste of impunity,â€ Mariana MortÃ¡gua, a deputy from the opposition Left Bloc partyÂ told parliament. â€œDecisions based on shady criteria â€¦ undermine the application of justice and its credibility in the eyes of the public.â€