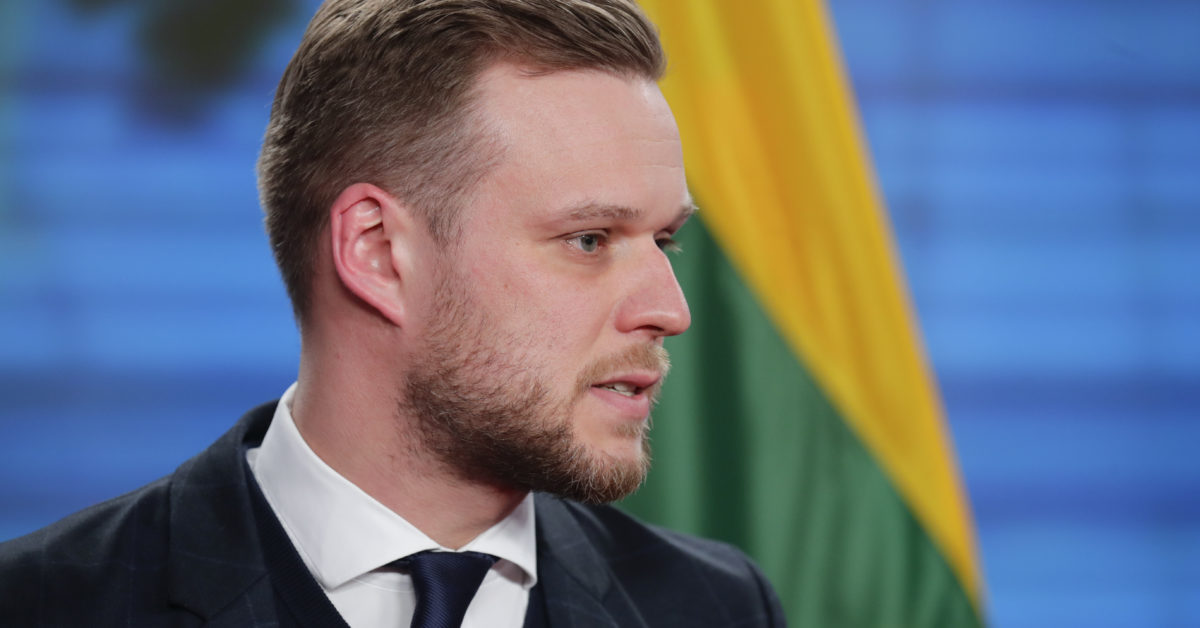 The Franco-German dominance of EU-China relations should end and be replaced with a “united format” and a summit with President Xi Jinping involving all 27 EU leaders, the Lithuanian foreign minister told POLITICO.

The call from Gabrielius Landsbergis came a day after Lithuanian President Gitanas NausÄ—da called on European Council President Charles Michel to organize such a summit this year.

“I hope President Xi would accept your joint invitation for such a meeting in Brussels in the second half of this year,” NausÄ—da wrote in a letter to Michel, seen by POLITICO. “I would furthermore encourage that such 27+1 summits take place on a regular basis and are preceded by a strategic discussion on China” among the 27 EU leaders.

NausÄ—da added: “Regrettably, in recent years China has become less of a cooperating partner and more of an unfair competitor and a systemic rival.”

Lithuania has in recent months advocated a tougher line on China, first by quitting the “17+1” format Beijing created to coordinate with Eastern Europe, then by beefing up diplomatic support for Taiwan, including the donation of COVID-19 vaccines.

On the other hand, Lithuania is asking for more EU unity while some member states, such as Germany and France, have played a bigger role in engaging China on the EU level.

Late last year, on the second to last day of the German presidency of the Council of the EU, the bloc concluded a massive investment deal with China. Apart from Chancellor Angela Merkel and the two leaders of the EU institutions â€” Michel and his European Commission counterpart Ursula von der Leyen â€” French President Emmanuel Macron was also present when the deal was signed.

Asked if this kind of Franco-German lead should be avoided in future, Landsbergis said in an interview: “Yes, I think if we see how Europe engages with China, we see it’s either bilateral, where big countries have their own track to talk with China on, you know, any number of issues, in a sort of troika format that you mentioned, or [what] is now the 16+1. But there is no united position on China, there is no united format to talk with China.”

Macron invited Merkel to join him and then-European Commission President Jean-Claude Juncker, to meet Xi at the Ã‰lysÃ©e in 2019. The EU was also planning a trip to China this summer that would have included Macron and Merkel, though things have been complicated by the pandemic and no date has been set.

Merkel had hoped to organize a summit in Leipzig during the German presidency, but the plan â€” also favored by Xi â€” was dropped due to the pandemic.

While most EU countries favor tougher action against China’s human rights abuses, Hungary has single-handedly blocked any further EU moves to speak out on Hong Kong.

“It’s not our international partners or other players that divide us, but we let ourselves be divided when talking to other international players,” Landsbergis said. “So creating a 27+1 format would solve this issue and actually put Europe as a strategic unity.”

He again urged the other EU members in China’s now 16+1 format to follow Lithuania and leave the club. “We would like to see more countries, you know, follow us, because we really feel that the format is divisive, it’s not healthy for Europe,” he said.

A spokesman for the European Council confirmed receipt of the Lithuanian president’s letter, but would not comment further on the proposal. The letter was also sent to Prime Minister Janez JanÅ¡a of Slovenia, which on Thursday started its six-month presidency of the Council.