The mayor of Atlanta, one of dozens of US cities hit by massive protests in recent days, has a message for demonstrators: “If you were out protesting last night, you probably need to go get a COVID test this week.”

As emergency orders are lifted and beaches and businesses reopen, add protests to the list of concerns about a possible second wave of coronavirus outbreaks.

After a peaceful march at the Georgia State Capitol that swelled into the hundreds, protestors returned to the area around the Centennial Olympic Park and CNN center where some confronted police, who sprayed some demonstrators with pepper spray.

It’s also an issue from Paris to Hong Kong, where anti-government protesters accuse police of using social distancing rules to break up their rallies.

Health experts fear that silent carriers of the virus who have no symptoms could unwittingly infect others at gatherings with people packed cheek to jowl and cheering and jeering, many without masks.

“Whether they’re fired up or not that doesn’t prevent them from getting the virus,” said Bradley Pollock, chairman of the Department of Public Health Sciences at the University of California, Davis.

One Atlanta protester said she has no choice following the death last Monday of George Floyd, a black man, after a white police officer in Minneapolis pressed a knee into his neck.

“It’s not OK that in the middle of a pandemic we have to be out here risking our lives,” Spence Ingram, a black woman, said after marching with other protesters to the state Capitol in Atlanta on Friday. “But I have to protest for my life and fight for my life all the time.” 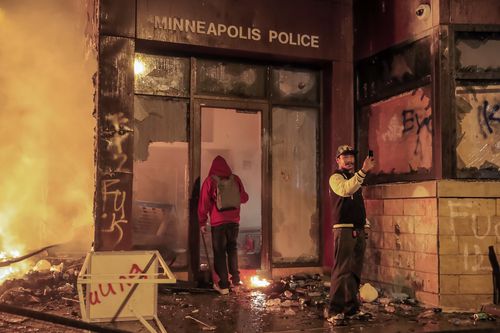 After another night of unrest in Minneapolis, Minnesota Gov. Tim Walz said that many protesters wearing masks were simply trying to hide their identities and “cause confusion and take advantage of this situation.”

The state’s health commissioner has warned that the protests are almost certain to fuel new cases of the virus. Minnesota reported 35 deaths on Thursday, a single-day high in the outbreak, and 29 more on Friday.

Spinifex Gum: the girls’ choir that has put Pilbara life on stage