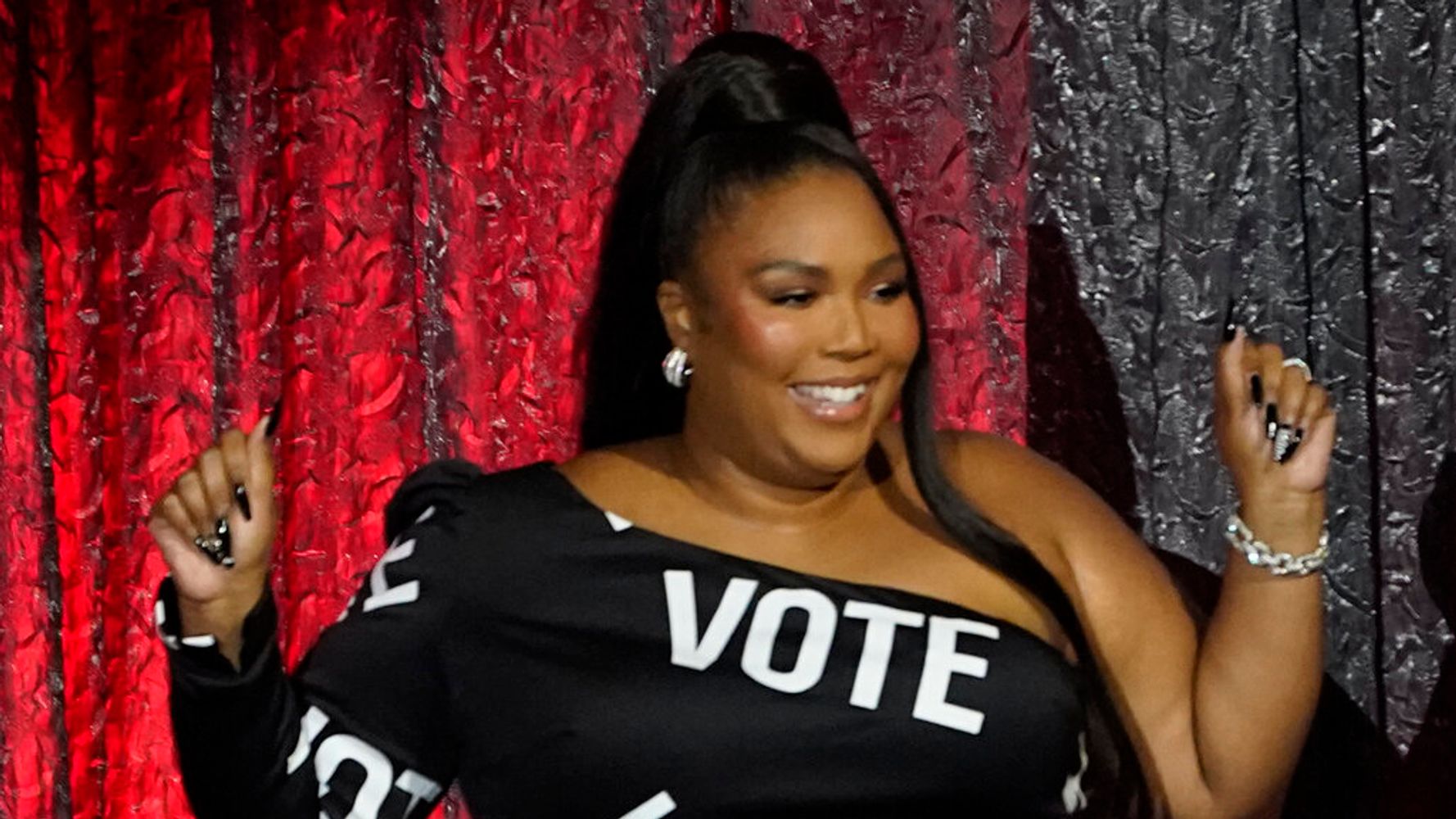 The â€œTruth Hurtsâ€ singer, wearing a black dress with a white â€œVoteâ€ print, made an impassioned call to action after winning the Top Song Sales Artist award Wednesday night.

â€œIâ€™ve been thinking a lot about suppression and the voices that refused to be suppressed,â€ she said. â€œI wonder, would I be standing here right now if it werenâ€™t for the big Black women who refused to have their voices be suppressed?

â€œI just want to say right now, if youâ€™re at home watching this and you are thinking about changing yourself to feel worthy, this is your sign to remain true to who you are.â€

Lizzo was nominated in 11 categories in this yearâ€™s Billboard Music Awards. Sheâ€™s been a vocal voting advocate, using her enormous platform to urge fans to cast their ballots in the Nov. 3 election.

Earlier this week, she incentivized fans with a video of herself twerking in an â€œAuntie Samâ€ outfit. And after the first presidential debate in September, she posted a videoÂ imploring people to â€œregister to vote, to vote and to know your power.â€