Lockdowns Have Brought Breathing Space. We Canâ€™t Afford To Waste It. 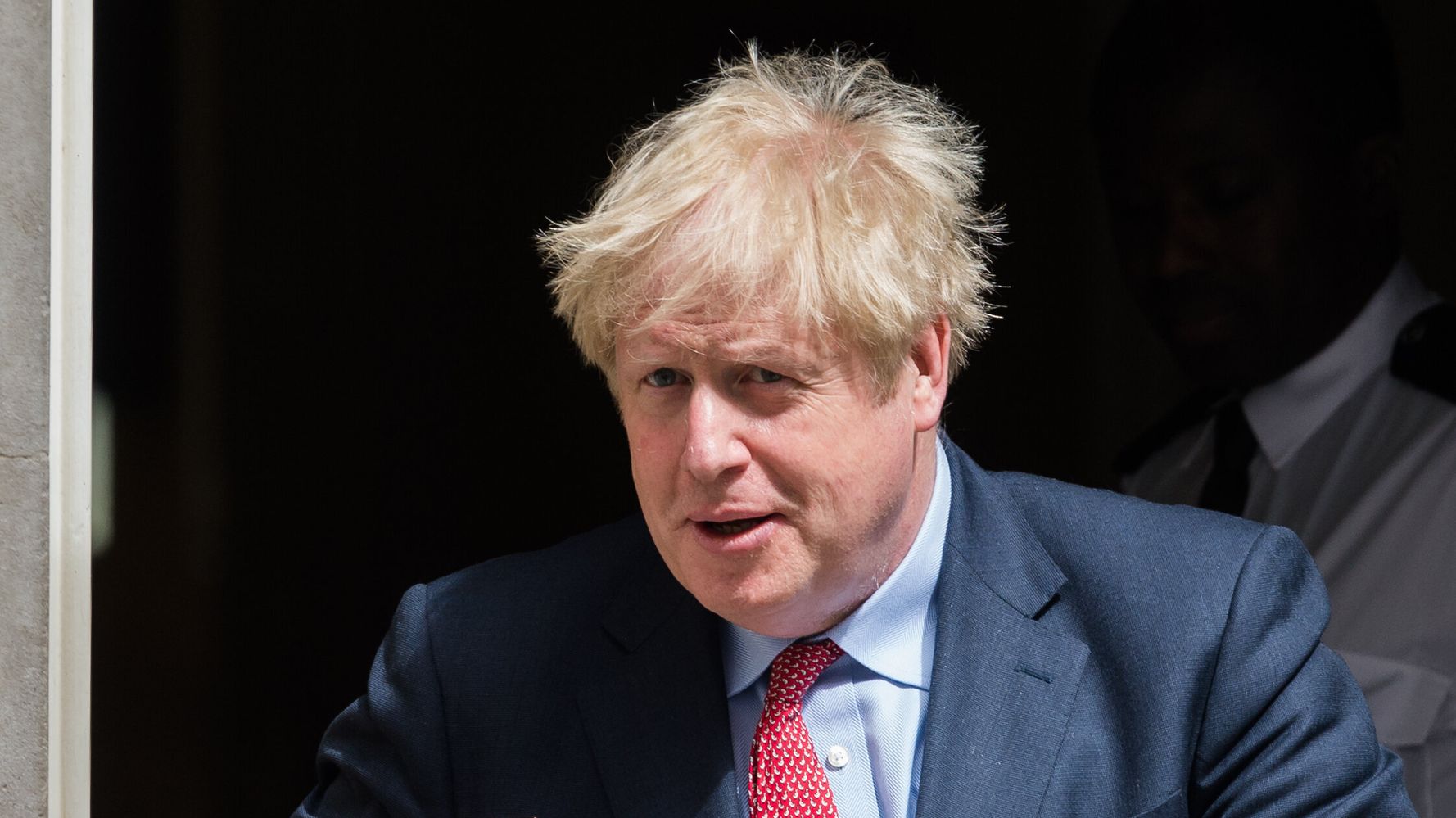 As the United States continues to struggle to contain a record number of coronavirus cases, European countries have been focused on returning to some sense of normalcy. Bars, restaurants and shops have been reopening. Travel restrictions have been lifted. Workers are commuting to their offices, and tourists are slowly returning to beach resorts and other popular destinations.

In the United Kingdom, the number of coronavirus cases has largely remained flatÂ over the last few weeks, even as the country loosens its lockdown restrictions, and Prime Minister Boris Johnson has outlined a potential timeline that would see most remaining constraints on daily life â€” including social distancing â€” lifted by the fall.

â€œIt is my strong and sincere hope that we will be able to review the outstanding restrictions and allow a more significant return to normality from November at the earliest â€” possibly in time for Christmas,â€ Johnson said on Friday.

The ability to even imagine such a rosy scenario is due to the immense sacrifices that millions of people across Europe have made since national lockdowns were implemented in March, as well as the broad cooperation between scientists and politicians on how to tackle the virusâ€™s first wave.

But it also comes with a large sense of foreboding. Globally, more than 600,000 people have died as a result of the coronavirus, and the pandemic shows little sign of letting up. Indeed, doctors and scientists warn that the fall and winter months could be even deadlier, as colder weather forces people to spend more time indoors and the combination of coronavirus and seasonal illnesses such as the flu could overwhelm public health care systems.

At this critical window when governments and science should be working together, however, the gap between economy-focused politicians and public health experts appears to be widening.

â€œLet me be blunt: Too many countries are headed in the wrong direction. The virus remains public enemy number one,â€ World Health Organization Chief Tedros Adhanom Ghebreyesus said last week. â€œIf basics are not followed, the only way this pandemic is going to go, it is going to get worse and worse and worse. But it does not have to be this way.â€

Instead of declaring victory over the coronavirus and promising a return to the â€œold normal,â€ scientists said countries need to do all they can to brace for a second wave.

â€œI think that we need to really get prepared between now and winter as much as we can,â€ Ravi Gupta, a professor at the Cambridge Institute for Therapeutic Immunology and Infectious Disease, told HuffPost U.K.Â â€œ[There is a] perception all round that things arenâ€™t as bad as they were, which people are seeing as a positive thing, but the reality is weâ€™re still in a quite dangerous place.â€

The idea that action must be taken now to avoid a second COVID-19 surge was emphasized last week in a report from the Academy of Medical Sciences, which was commissioned by the U.K. governmentâ€™s chief medical adviser, Sir Patrick Vallance.

Nearly 120,000 people in the U.K. could die from coronavirus this winter â€” more than double the countryâ€™s current death toll â€” if efforts arenâ€™t taken to mitigate its spread, according to the report.

â€œWith relatively low numbers of COVID-19 cases at the moment, this is a critical window of opportunity to help us prepare for the worst that winter can throw at us,â€ said Stephen Holgate, a clinical professor of immunopharmacology at the Medical Research Council who led the advisory group that created the report.

â€œWe are looking at what would be the worst that would happen, such as if there was a further relaxing of interventions, more contacts taking place, schools may be a factor, people going back to work and that sort of thing,â€ she told the PA news agency. â€œThose things create more contacts. Plus, people will be indoors more and more people will want to meet up indoors.â€

Ghani, who also worked on the report, said the virus was known to spread more easily indoors.

â€œOf course, during the winter, we spend far more time indoors than we do during the summer,â€ she said.

On Friday, Johnson announced that the U.K. government would increase testing capacity to 500,000 coronavirus tests per day by November, and the National Health Service will receive an extra 3 billion pounds (or about U.S. $3.8 billion) in funding to prepare for a possible second wave in the winter.

Yet, the British Medical Association has criticized the governmentâ€™s mixed messages about wearing face masks and other measures to limit the spread of coronavirus, saying that a second wave of infections could be â€œdevastating for the NHS,â€ The Guardian reported.

Alison Pittard, head of the Faculty of Intensive Care Medicine, also warned that the NHS could be â€œoverwhelmedâ€ by a second wave.

â€œPeople might think, â€˜COVID is over with. Why do I have to wear a face mask?â€™â€ she told The Guardian. â€œBut it isnâ€™t over. We still have COVID patients in intensive care. If the public donâ€™t physically distance and donâ€™t wear face coverings, we could very quickly get back to where we were earlier this year.â€

Government scientists, including Vallance and Englandâ€™s chief medical officer, Chris Whitty, have also cast doubt on Johnsonâ€™s suggestion that restrictions such as social distancing could be gone by November.

Whitty said on Friday that social distancing, face masks and quarantine would have to â€œcontinue for a long period of time,â€ while Vallance warned that lifting restrictions would likely lead to an increase in cases.

â€œAs you release measures, it is inevitable as you get more contacts that you will see more cases,â€Â Vallance said. â€œCome winter, the challenges will be very much greater, and of course there is a risk that this could need national measures.â€

â€œEveryone Iâ€™ve spoken to thinks itâ€™s highly likely that this disease will continue to circulate and will come back in waves,â€ he continued. â€œTherefore, the measures of reducing contact to reduce spread â€” the sorts of social distancing measures that weâ€™ve talked about and the hygiene measures that go along with that â€” will be necessary.â€

Health experts have been saying for months that countries need to prepare for a second wave.

Now is the â€œtime for preparation, not celebration,â€ Dr. Hans Kluge, WHOâ€™s regional director for Europe, said in May, when countries were beginning to ease their lockdown restrictions. â€œThis pandemic is not finished.â€

In the United States, Dr. Anthony Fauci, director of the National Institute of Allergy and Infectious Diseases, similarly warned in May that states needed to be cautious about how they proceeded with reopening plans.Â

At the time, Fauciâ€™s tone was cautiously optimistic. A second wave is â€œnot inevitable,â€ he had said, provided that states open â€œcorrectly.â€

â€œDonâ€™t start leapfrogging over the recommendations of some of the guidelines, because thatâ€™s really tempting fate and asking for trouble,â€ he warned in an interview with CNN.

Yet, thatâ€™s exactly what has happened in many parts of the country, as states have rushed to lift restrictions on bars, restaurants and other businesses. Coronavirus cases are surging in many states, including California, Arizona, Texas and Florida.

â€œI donâ€™t think itâ€™s an exaggeration to say we have a serious ongoing problem, right now, as we speak,â€ Fauci told the Financial Times earlier this month.Â

Having succeeded in flattening the coronavirus curve, European nations have bought themselves time to prepare for the challenge of keeping it flat as the colder months draw nearer. The United States, by contrast, may be squandering that opportunity.

â€œWhat worries me is the slope of the curve,â€ Fauci said. â€œIt still looks like itâ€™s exponential.â€

With reporting from HuffPost U.K.