Looking for Companionship, He Found His ‘Princess Bride’ 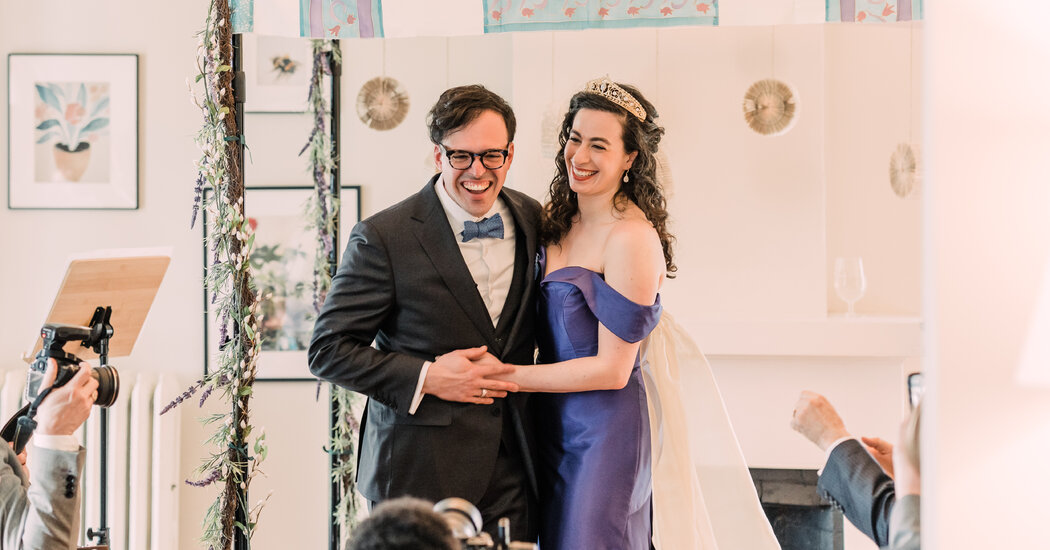 Maya Ergas Shwayder left her first outing with Nicholas Anthony Quaranto in November 2017 thinking they would just be friends.

Both Americans living in Berlin, Mr. Quaranto, 34, had arrived six months earlier with his wife, who had taken a full-time job there, and their two young sons, then ages 2 and 4. Though not yet divorced, or legally separated, he and his wife had agreed that their marriage was over and they could each see other people, he said.

Looking for companionship, he logged into the dating app Tinder and matched with Ms. Shwayder, 33, who was working in Berlin as a news anchor and on-air correspondent with Deutsche Welle, a German-owned satellite television broadcaster.

Born and raised in Farmington Hills, Mich., Ms. Shwayder, who graduated from Harvard and holds a master’s degree in journalism from Columbia, “had an extremely vibrant, outgoing personality,” Mr. Quaranto said.

“She was just an amazing person, someone who shined so brightly,” added Mr. Quaranto, a software engineer who is from Buffalo and graduated from the Rochester Institute of Technology.

After two weeks of correspondence, they made plans to see the movie “Justice League” at a theater in a local shopping mall. On what Ms. Shwayder described as “a cold, gross, rainy November night,” she arrived to find Mr. Quaranto already waiting for her at their agreed-upon meeting spot.

“That’s a very stupid hat he’s wearing,” Ms. Shwayder recalled thinking to herself. She began laughing, and Mr. Quaranto, who was wearing a blue newsboy cap, began laughing along with her, though he wasn’t entirely sure why (she later let him in on it).

Ms. Shwayder had one other thought, she added: “He is kind of cute.”

Midway through the movie, the dim lights having long since faded to black, Mr. Quaranto mumbled something to Ms. Shwayder that she could not hear.

When she asked what he had said, Mr. Quaranto nervously replied, “Can I hold your hand?”

After the movie, they went to a nearby bar and began a serious conversation that revolved around Mr. Quaranto’s relationship situation, “to which he said a divorce was impending, though he hadn’t quite brought himself around to that fact yet,” Ms. Shwayder said. “So I left thinking he was going to be a really good friend.”

Having enjoyed each other’s company, they soon met again for what ended up being an eight-hour excursion that included a trip to the German Spy Museum in Berlin.

That day, “he was just so sweet and smart, and when I said something, he listened to me,” she said. “As someone who dated a lot, it was nice to find someone who treated me like a human being.”

The following month, in December 2017, Mr. Quaranto and his family left Berlin for Buffalo after his wife’s job did not work out. “It was time for us to go home and straighten out all of the divorce stuff,” he said.

Said Ms. Shwayder, “He was going through a really difficult time in his life.”

The two kept in touch by phone and took turns visiting each other for the next 15 months until Ms. Shwayder decided in the summer of 2019 to move in with Mr. Quaranto, who was by then divorced and living in Boston. He now works as a manager at Wistia, a software engineering company in Cambridge, Mass., that provides video hosting services to businesses.

“All signs pointed at me to make a change in my life,” said Ms. Shwayder, now a freelance journalist. “It just made a lot of sense for me to take a leap with him.”

In February 2021, the two became engaged at a movie theater in Portsmouth, N.H. Just before the start of “The Princess Bride,” their favorite film, Mr. Quaranto dropped to one knee and moved her to tears when he asked, “Will you be my princess bride?”

They were married April 20 at Zingerman’s Cornman Farms, an events venue in Dexter, Mich., before Julie Gales, a leader of the Jewish Cultural Society in Ann Arbor, Mich., and 16 fully vaccinated guests.

“Nick has given me a great sense of comfort these past four-plus years,” the bride said. “All the traveling to see each other was well worth it. Now everywhere we go we will travel together.”