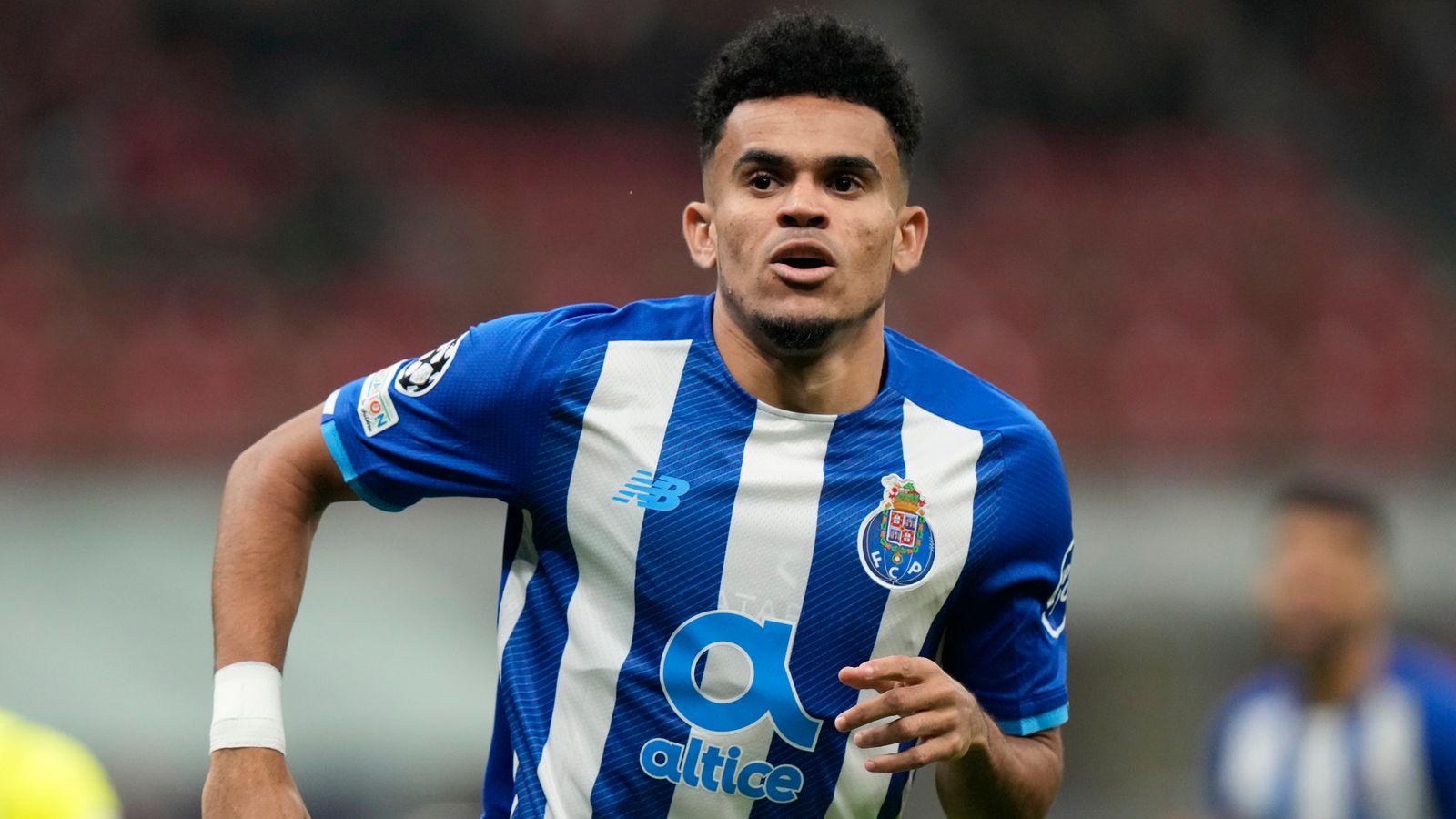 Liverpool have made a late Â£45m bidÂ to signÂ Luis DiazÂ from Porto, who are also in talks with Tottenham for the forward.

The Colombia winger was manager Jurgen Klopp’s first-choice for the summer transfer window, but Liverpool have accelerated their plans due to Spurs’ strong interest.

Liverpool are said to be offering an initial Â£37m, with bonuses included in the deal that will only be triggered if Diaz becomes a big success at Anfield.

Tottenham have been locked in talks with Porto over Diaz this week, with the Premier League club said to be willing to pay up to Â£46m.

Sources in Portugal suggest Spurs are prepared to offer Â£37.6m up front for Diaz, with an additional Â£8.4m in performance-related add-ons.

Diaz, who signed for Porto from Colombian side Junior in 2019, has 16 goals and six assists in 28 games for the Portuguese side this season.

The Transfer Talk panel discusses the possibility of Tottenham signing Fiorentina’s Sofyan Amrabat, with the Morocco international wanting a move away from the club

Missing out Luiz would be another big blow for Spurs this month, after the breakdown of the deal for Wolves winger Adama Traore, who now looks set to return to Barcelona on loan.

Spurs want to make at least one signing this month, and according to Sky in Italy they are also in talks to sign Morocco midfielder Sofyan Amrabat from Fiorentina on loan, with a â‚¬16m buy option being discussed.

They could do more business if they are able to offload Dele Alli, Tanguy Ndombele or Giovani Lo Celso.

Paris Saint-Germain are closing in on a deal to sign Ndombele on loan from Spurs, with an option to buy.

Analysis: Liverpool view this as an excellent deal

“Obviously, it’s far from done and could easily come to nothing.

The deal Liverpool are looking at for Diaz would â‚¬45m (Â£37m) plus a maximum of â‚¬15m in bonuses. Kloppâ€™s first choice for the summer brought forward because it was clear player would move and wouldnâ€™t be available. Still far from done, but theyâ€™re trying.

“However, Liverpool view this as an excellent deal if it gets completed – very much close to a Diogo Jota-type fee. Also, it is far better value than the original â‚¬60m asking price.

“Diaz was Jurgen Klopp’s first choice for the summer, but they have brought those plans forward because it was clear if Liverpool didn’t act this window, the player would move on.

“This isn’t done and could yet collapse – the player is in South America with his national team, so it will be far from straightforward to complete the deal.

“However, if it does get done, it’s a big coup for Julian Ward, who is to succeed sporting director Michael Edwards in the summer. It was a deal in which Ward lead for the first time, but it is fair to say he’s been supported strongly by Edwards who put together the strategy to secure the player this month.”

What would Diaz bring to Liverpool?

A quick glance at his headline stats in the Portuguese Primeira Liga this season suggests the 25-year-old provides serious goal threat – but also offers so much more.

The winger ranks top for goals, shots and touches in the opposition box and is among the elite for winning back possession in the final third, creating chances, attempting fast breaks, aerials, dribbling and passes in the attacking third.

The radar graphic below puts those strengths into perspective, with the Colombia international hitting the outer rim across a raft of attacking metrics – which represents the top five per cent of wingers in Europe’s top leagues.

The maps below narrow down his goal threat to Champions League appearances over the past two seasons and reveal Diaz is most potent from his favoured left channel, frequently carving chances for team-mates with diagonals into the box.

Besides scoring goals, his most striking attribute is participation in overall play, with above-average numbers for passes in the final third – but the graphic below suggests Diaz also frequently tracks back to support the team.

When visualising his goal and passing averages, Diaz emerges among an elite crop of players in Europe’s top leagues, with returns on par with Karim Benzema and Mohamed Salah.

His heat map below emphasises his work-rate with concentrations of activity in his defensive half, while his ability to reclaim possession high up the pitch would certainly suit a high-press style.

The clock is ticking. Who will be on the move before the transfer window closes at 11pm on Monday January 31?

Follow every Liverpool game in the Premier League this season with our live blogs on the Sky Sports website and app, and watch match highlights for free shortly after full-time.

Get all this and more – including notifications sent straight to your phone – by downloading the Sky Sports Scores app and setting Liverpool as your favourite team.