Lukashenkoâ€™s gift to the West 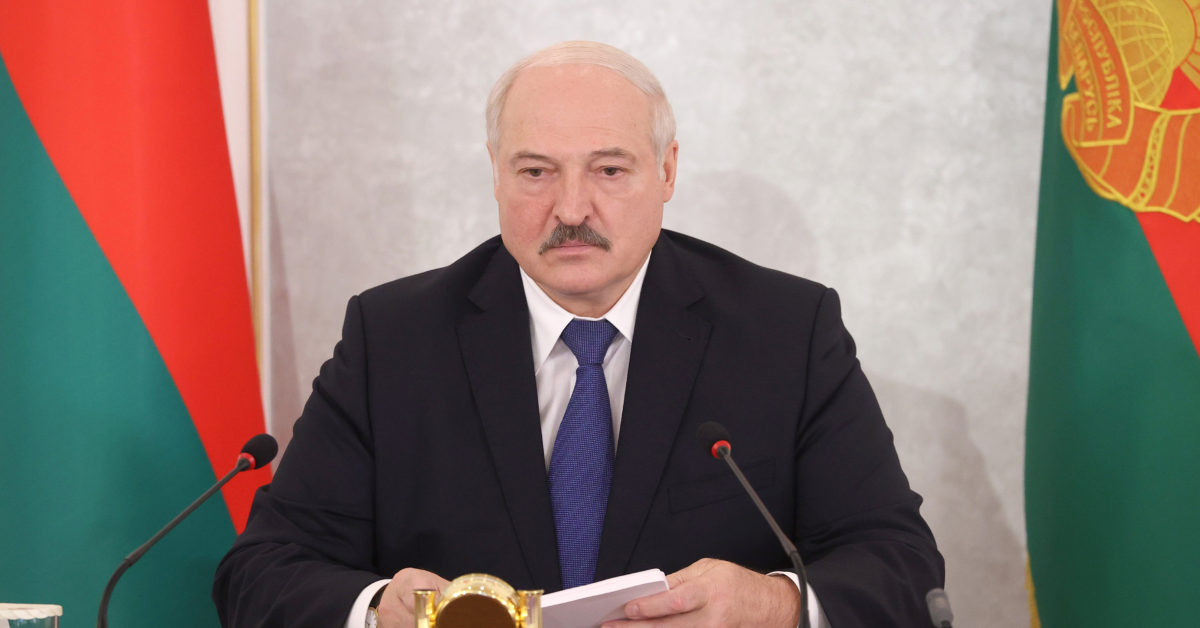 Elisabeth Braw is a resident fellow at the American Enterprise Institute.

The West may not be able to thank Alexander Lukashenko for much, but this summer heâ€™s bestowed it with a singularly useful token: a master class in gray-zone aggression.

From flooding Lithuania with migrants to launching government-sponsored aviation piracy, the Belarusian president has been keeping the rest of the world in suspense as to what other crazy tricks heâ€™s got up his sleeve. Fortunately, though, Belarus is neither wealthy nor powerful, making its leaderâ€™s antics a useful test case of how other countries could try to harm the West. Instead of simply getting mad at Lukashenko, we might consider thanking him.

Most people could tell you about former U.S. President Donald Trumpâ€™s efforts to build a border wall. Fewer will have heard that Lithuania is now building one too. Unlike Trump, however, the Baltic state had never expected to do so, because asylum seekers and undocumented migrants donâ€™t normally head for Lithuania.

Last year, the countryâ€™s border guards detained a total of 81 undocumented migrants at the border with Belarus. In 2019, that figure was 46; in 2018, it was 104 and in 2017, it was 72. Since the beginning of this year, however, the figure has skyrocketed: By July 1, 672 people â€” mostly claiming to be Iraqis, though many didnâ€™t have passports â€” had tried to illegally enter Lithuania from Belarus. On that day, the EUâ€™s external border force, Frontex, sent officers to assist the Lithuanians. It had minimal effect. By July 7, another 779 undocumented migrants had crossed the Belarus-Lithuania border.

According to Lithuanian authorities, travel agencies have been bringing Iraqis to Minsk for travel to the Lithuanian border. Indeed, soon after the EU banned inbound and outbound flights from traversing Belarusian airspace â€” following Belarusâ€™ abduction of opposition journalist Roman Protasevich back in May â€” Lukashenko threatened to flood the EU with migrants and drugs. And in early July, he vowed to keep the migrant surge going: â€œWe will not hold anyone back. We are not their final destination after all. They are headed to enlightened, warm, cozy Europe.â€

As such, Lithuania has now concluded it has no choice but to build a border barrier. Poor Lithuania, having to use precious resources just to keep up with a crazed dictator next door.

The foreign affairs committee chairs of various Western parliaments have reacted with fury to Lukashenkoâ€™s antics, proposing, among other things, more sanctions and a ban on suspected migrant flights bound for Minsk. But from another perspective, we should also be grateful to the de facto dictator.

Agitating tactics aside, Lukashenko presides over a country whose economy only survives thanks to Russian support, whose famed agriculture depends on unsustainable subsidies and whose population has to make do with a GDP per capita of about $6,400. Lukashenko may have new, innovative cards to play when it comes to gray-zone aggression, but Lithuania and its allies will ultimately prevail. And thatâ€™s what makes his aggression such an extraordinarily useful lesson for the West.

Lukashenko and his regime in Minsk wonâ€™t be the last to try to weaken the West by subversive means. In fact, Russia and China (and to a lesser extent Iran and North Korea) are already doing so. For now, theyâ€™re largely using measures less brazen than Minskâ€™s, but we canâ€™t assume that will always remain the case.

The responses to such provocations to date have been feeble. That will only convince these regimes theyâ€™re on the right path. Criminal cyber gangs that bring down pipelines and supermarkets, artificially built islands in waters legally claimed by other countries, foreign citizens detained on spurious charges â€” all of that is frightening enough. But like Lukashenko, hostile countries could try brasher schemes still.

During the Cold War, Western commercial flights between Asia and Europe or North America were not allowed to travel through Soviet airspace, which made the journeys extremely long. These days, the Russians allow international airliners to cross their airspace, and weâ€™re all better off for it. But what if they decided otherwise? Or what if China did? Or what if China suspended exports of some of the many goods we depend on every single day?

Thereâ€™s any manner of things a regime bound on harming another country can do without resorting to war. Thatâ€™s the beauty of gray-zone aggression, and Lukashenko is doing us the favor of demonstrating that even an old communist who has rigidly stuck to power for 27 years can think innovatively. We can only imagine what others might be capable of.

In the short term, Lithuaniaâ€™s allies should try to help the country deal with Minskâ€™s ongoing mischief. And over the weekend, Frontex announced that it will be providing the country with additional support this week. Beyond that, however, Lithuania and its friends should make sure they donâ€™t forget to learn from Lukashenkoâ€˜s crucial training session in gray-zone aggression.