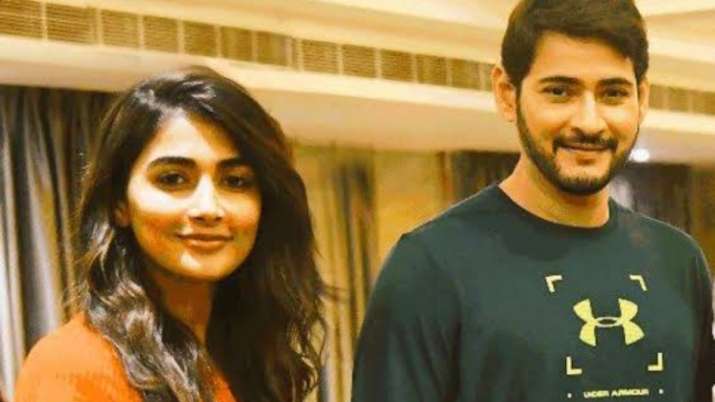 Mahesh Babu has teamed up with director Trivikram Srinivas for his next, tentatively titled SSMB28. The unit of Telugu action entertainer, has wrapped up the film’s first schedule of shooting, its makers announced. The film, which went on floors last week, also stars Pooja Hegde, who will join the sets after Dussehra. Mahesh Babu along with his team filmed high-octane action-packed scenes, choreographed by KGF fame AnbAriv masters.

Taking to Twitter, producer Naga Vamsi tweeted, “The first schedule of #SSMB28 has been completed with some kick-ass high octane epic action scenes. Thank you Anbariv masters for amazing stunt choreography. The second schedule will start post Dussehra with our Superstar Mahesh garu and butta bomma Pooja Hegde. More updates as they happen.”

This is the third time that Mahesh Babu and Trivikram Srinivas are working together. They have worked together twice prior to this film and both films that they worked together on — ‘Athadu’ and ‘Khaleja’ — have gone on to become massive blockbusters. Needless to say, their combination has raised expectations from this film as well. #SSMB28 is to be edited by National Award-winning technician Navin Nooli, while the team also comprises art director A.S. Prakash, National Award-winning music director S. Thaman and cinematographer P.S. Vinod. ALSO READ: Mahesh Babu collaborates with SS Rajamouli for his next ‘globetrotting action adventure’

The film is scheduled to hit theatres across the globe on April 28, 2023.

Apart from this, Mahesh Babu has joined hands with one of the most celebrated directors in Indian cinema SS Rajamouli whose films ‘Bahubali’, ‘Bahubali 2’ & ‘RRR’ among many others have left a huge impact on the audience. Talking about the same, Rajamouli disclosed that his film with the actor is going to be a globetrotting action adventure. The director is currently in the USA to attend a film festival where some of his movies are screened. ALSO READ: Mahesh Babu raises the temperature as he poses shirtless in pool. Photo courtesy Namrata Shirodkar

Meanwhile, Mahesh Babu was last seen in the hit Telegu film ‘Sarkaru Vaari Paata’. The movie also starred Keerthy Suresh and was directed by Parasuram Petla. It was released in theatres on May 12. In the film, Mahesh played the role of a US-based money lender, who travels to India for personal reasons. But, as the story proceeds further, he is drawn into a woman’s life, who has suffered from the nexus between politicians and banking officials. He then takes a pledge to help the woman and ends up fixing the banking system in the country. The film wasn’t received well by critics and didn’t do expected business at the box office either.