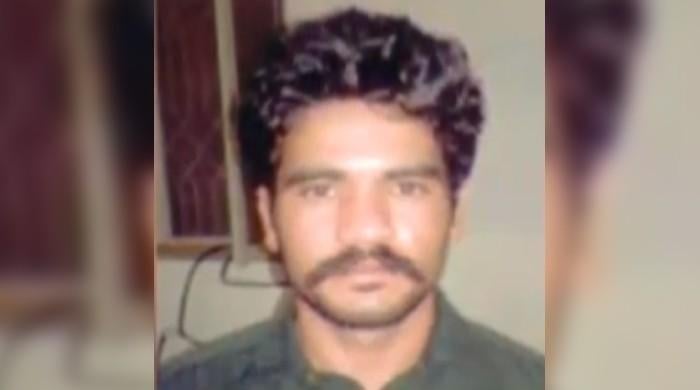 LAHORE: The prime suspect in the Lahore motorway gang rape case, Abid Malhi, was on Tuesday sent on a 14-day judicial remand by an anti-terrorism court for identification parade.

A team of CIA Model Town police station presented the criminal before the court of Judge Arshad Hussain Bhatta who approved a police request to hold an identity parade of the suspect.

Shafqat Ali, the other suspect in the case, was handed over to police on physical remand till October 28.

The motorway incident saw a mother of two allegedly gang-raped on September 9 by two armed men before her children when her car ran out of petrol on the motorway late at night while she was travelling to Gujranwala. It had sparked countrywide protests.

According to a police report on the incident, Abid Malhi and his accomplice Shafqat Ali had allegedly raped her before depriving her of money and other valuables.

Shafqat Ali, who is also currently on judicial remand, was arrested a few days after the incident but Abid Malhi had continued to dodge the authorities before he was nabbed from Manga Mandi, following 33 days of a manhunt by the Punjab police.

On Monday, Inspector-General of Police (IGP) Punjab Inam Ghani said that a special investigation team led by DIG Investigation Lahore Shehzada Sultan, through the use of modern technology and scientific approach, arrested the prime suspect of the Lahore-Sialkot motorway gang rape case.

In a statement issued from his office, the IGP said that Crime Investigation Agency (CIA) Lahore, led by SP Asim Iftikhar, had also played a significant role in the arrest of Abid Malhi, adding that nine teams of CIA Lahore were behind the tracing of the accused in various districts, including Faisalabad, Chakwal, Gujrat, Sialkot, Kasur, Nankana Sahib, Gujranwala, and Bahawalnagar.

He said that the raid conducted on Monday for the arrest of the accused was also led by SP CIA, adding that investigation pertaining to this case would be put forward as per law and evidence so that the accused could be punished.

The IGP said that a special investigation team had submitted a daily report on a regular basis to Chief Minister Usman Buzdar and IGP Office about the efforts and steps taken for the arrest.

During the interrogation, Abid Malhi revealed the details of how he had managed to hide from the law for almost a month before falling into a trap laid out by the police.

According to sources, Malhi revealed to the police that he spent a month travelling through various cities in Punjab by using public transport and wearing a mask over his face.

The motorway rape prime suspect revealed that he had first fled to Nankana Sahib after allegedly raping the woman while his accomplice, Shafqat, escaped to Dialpur.

With the police on his trail, Malhi escaped from Nankana Sahib and went to Bahawalpur, where he managed to evade the police and avoid detection by wearing a mask.

“I travelled through various cities on public transport,” sources quoted the suspect as saying, adding that he ultimately got caught after he ran out of money and was forced to contact his wife.

“Me, Shafqat and Bala Mistri went [to the highway] to commit robberies near Karol village,” he said, according to sources. “Mistri did not proceed with us. However, Shafqat and I went towards the jungle in Karol.”

Malhi disclosed that he and Shafqat robbed two to three truck drivers near Karol village near the motorway before they sexually assaulted the woman.

He said that the car’s flashing indicators caught his attention and upon seeing a woman inside, Malhi told her to come out. Confirming initial reports of the crime that had been reported in media, he said that when the woman refused to oblige, he broke the vehicle’s window and dragged her outside.

“After robbing the woman of her watch, jewellery, and money, we told her to go down the motorway,” he said, according to sources. “When the woman refused to do so, we took her children off the motorway, and the woman followed to protect them.”

Malhi then revealed that the suspects gang-raped the woman when she came down the motorway to protect her children. The suspect revealed that he and his accomplice fled when the Dolphin Police force arrived and fired shots in the air.Â