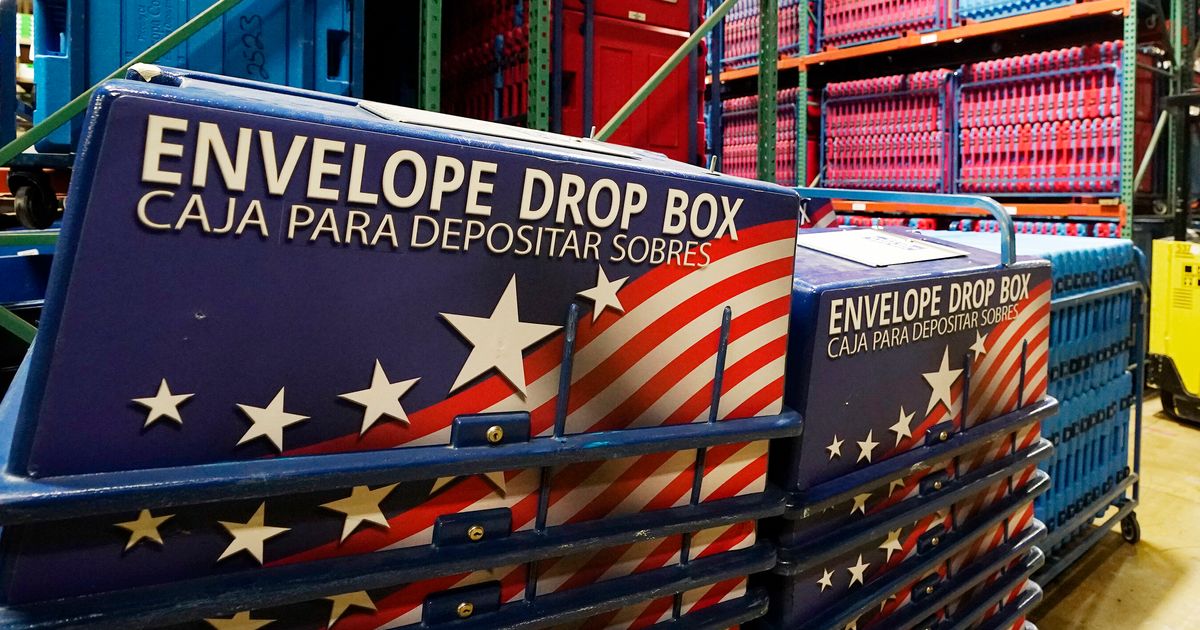 Americans from across the political spectrum say misinformation is increasing political extremism and hate crimes, according to a new poll that reflects broad and significant concerns about false and misleading claims ahead of next month’s midterm elections.

About three-quarters of U.S. adults say misinformation is leading to more extreme political views and behaviors such as instances of violence based on race, religion or gender. That’s according to the poll from the Pearson Institute and The Associated Press-NORC Center for Public Affairs Research.

“We’re at a point now where the misinformation is so bad you can trust very little of what you read in the media or social media,” said 49-year-old Republican Brett Reffeitt of Indianapolis, who participated in the survey. “It’s all about getting clicks, not the truth, and it’s the extremes that get the attention.”

The Pearson Institute/AP-NORC survey shows that regardless of political ideology, Americans agree misinformation is leaving a mark on the country.

“This is not a sustainable course,” said independent Rob Redding, 46, of New York City. Redding, who is Black, said he fears misinformation will spur more political polarization and violent hate crimes. “People are in such denial about how dangerous and divisive this situation is.”

About half say they believe misinformation leads people to become more politically engaged.

Roughly 7 in 10 Americans say they are at least somewhat concerned that they have been exposed to misinformation, though less than half said they are that worried that they were responsible for spreading it.

That’s consistent with previous polls that have found people are more likely to blame others than accept responsibility for the spread of misinformation.

“Just because it’s on the internet doesn’t mean it’s true,” said 74-year-old Shirley Hayden, a Republican from Orange, Texas. “A lot of it is opinions and a lot of it is just troublemaking. I don’t believe any of it anymore.”

The poll finds that Americans who rate misinformation as a major problem are more likely to say it contributes to extreme political beliefs and distrust of government than those who do not. They’re also more likely to try to reduce the spread of misinformation by running claims by multiple sources or fact-checking websites.

Overall, roughly three-quarters of adults say they have decided not to share something on social media at least some of the time because they didn’t want to spread misinformation, including about half who do that most of the time. Similar percentages regularly check the sources of news they encounter and check other sources of information to ensure they’re not encountering misinformation.

Only 28% of Americans consult fact-checking sites or tools “most of the time,” though an additional 35% do some of the time. About a third say they do so hardly ever or never.

“My Facebook page is loaded with this stuff. I see it on TV. I see it everywhere,” 63-year-old Democrat Charles Lopez from the Florida Keys said of the misinformation he encounters. “Nobody does the research to find out if anything is fake or not.”

The spread of misinformation in recent decades has coincided with the rise of social media and declines in traditional, often local journalism outlets.

The results of the Pearson Institute/AP-NORC poll didn’t surprise Alex Mahadevan, director of MediaWise, a media literacy initiative launched by the Poynter Institute that works to equip individuals with defenses in the fight against misinformation.

“You have uncertainty, polarization, the decline of local news: it’s a perfect storm that’s created a flood of misinformation,” Mahadevan said.

People can teach themselves how to spot misinformation and avoid falling for dubious claims, according to Helen Lee Bouygues, founder and president of the Paris-based Reboot Foundation, which researches and promotes critical thinking in the internet age.

First, rely on a variety of trusted, established sources for news and fact checks, Bouygues said.

She also encouraged people to double-check claims that seem designed to play on emotions like anger or fear, and to think twice about reposting content that relies on loaded language, personal attacks or false comparisons.

“There are steps people can take — simple steps — to protect themselves,” Bouygues said.

Lopez, the survey respondent from Florida, said he has lost friends after pushing back on misinformation they posted online and that new laws are needed to force tech companies to do more to address misinformation. Maybe that will happen, he said, if voters can pierce the fog of misinformation ahead of next month’s election.

“You can always have hope,” Lopez said. “We’ll see what happens after this election. You may want to call me back then.”

The poll of 1,003 adults was conducted Sep. 9-12 using a sample drawn from NORC’s probability-based AmeriSpeak Panel, which is designed to be representative of the U.S. population. The margin of sampling error for all respondents is plus or minus 4.0 percentage points.

Learn more about the Associated Press-NORC Center for Public Affairs Research at www.apnorc.org.