The 50-year-old Sydney man, from Picnic Point, was sentenced to nine years in prison, with a non-parole period of five years, yesterday.

The charges related to a 2019 cocaine import that was seized by police.

Investigators later observed the man moving hundreds of aluminium ingots and trying to access the cocaine he thought was hidden inside.

The man was already in prison for an unrelated matter when he was charged.

Police estimate the seized cocaine had a street value of $47 million.

The man pleaded guilty on April 29 to various drug charges.

“The high demand for cocaine in Australia is at the forefront of our battle with organised crime syndicates; they see that big dollar sign over Australia and know the profit they can make is substantially more than any other target market,” Wilson said.

Police said this shipment, along with most of the cocaine found in Australia, originated from Colombia and other parts of South America. 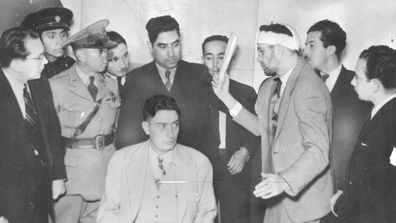 Ice-axe murderer gets a medal for cold-blooding slaying

Saudi Arabia was chosen on Tuesday to host the...
Breaking News

Suspect In Killings Of 22 Elderly Texans Goes On Trial Again

The former president “is in a downward psychological, emotional...

Most bizarre international driving laws from around the world

Driving overseas can be a daunting experience at the best of times and not being properly across international road rules could land you in...
Read more

Faking her job as an immigration lawyer, Marleen Charan ripped off four clients for nearly $80,000.They thought she could help them to apply for...
Read more