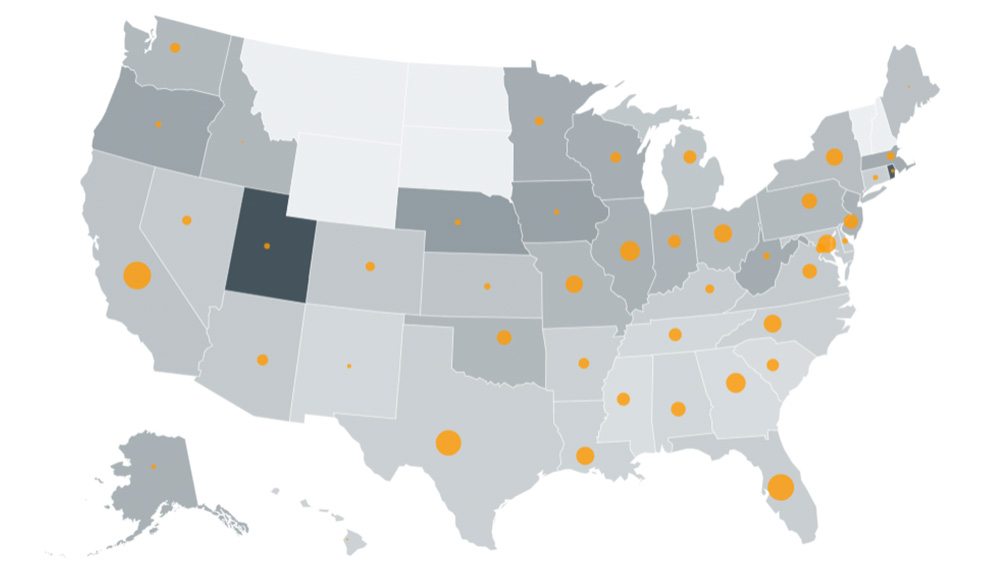 Between 2013 and 2019, police in the United States killed 7,666 people, according to data compiled by Mapping Police Violence, a research and advocacy group. On May 26, 2020 at 9:25pm (02:25 GMT, May 27), George Floyd, a 46-year-old resident of Minnesota, became yet another victim of policeÂ brutalityÂ as he was killed in police custody while unarmed. Floyd’s death has prompted thousands of protesters to march in cities around the country demanding justice and an end to police violence.Â

The number of police killings in the US disproportionately affects African Americans. Despite only making up 13 percent of the US population, Black Americans are two-and-a-halfÂ times as likely as white Americans to be killed by the police.Â

The map below shows how disproportionate these killings are across the US’s 50 states.

Unsurprisingly, the three largest states – California, Texas and Florida – have the highest total number of killings of Black people by police officers. Once these figures are adjusted for the population size and demographics, in nearly every state, African Americans face a significantly higher risk of being killed by police officers than white Americans.

In Utah, the African Americans comprise just 1.06 percent of the population but they accounted for 10 percent of police killings over the past seven years – a disproportional rate of 9.21 times. In Minnesota, Black Americans are nearly four times as likely to be killed by law enforcement, with Black victims comprising 20 percent of those killed, despite comprising only 5 percent of the overall population.