Margaret Thatcher statue egged and booed after being erected in Grantham 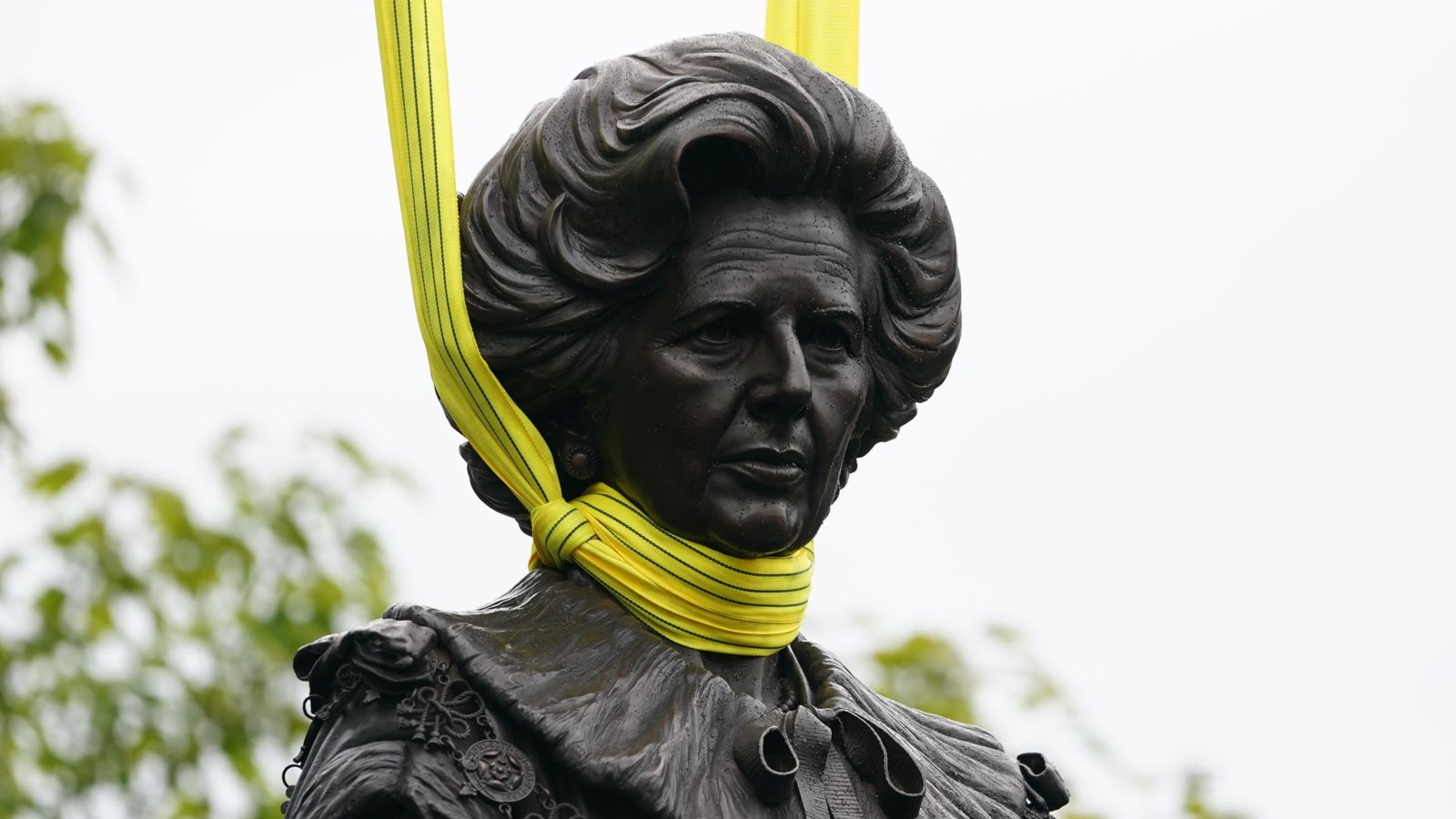 Eggs have been thrown after a statue of Baroness Margaret Thatcher was lowered into place in the former prime minister’s hometown of Grantham.

Within hours of the monument being erected on Sunday, loud booing could be heard from some motorists as they drove past, with one man shouting: “Tear it down!”

Other less vocal passers-by could be seen taking selfies with statue.

The £300,000 statue was originally intended for Parliament Square in Westminster, but it was decided that it would be erected in Lincolnshire instead, due to fears of a “motivated far-left movement… who may be committed to public activism”.

Initially approved back in 2019 and delayed due to COVID, the 20ft statue was finally erected on its 10ft-high granite plinth, situated in between statues of Sir Isaac Newton and Frederick Tollemache in the town’s Civic Quarter.

After South Kesteven District Council approved a £100,000 unveiling ceremony in 2020, a Facebook group proposing an “egg-throwing contest” at the event attracted interest from more than 13,000 people.

Around 2,400 others visited the Facebook page to say they would go to the event including “egg throwing … and potentially graffiti art”.

In response, the council has installed a CCTV camera directly opposite the memorial.

The statue was paid for by the Public Memorials Appeal, which is funded through donations.

The monument will be unveiled “at a later date” according to a council spokesman.

The leader of South Kesteven District Council, Kelham Cooke, said “we must never hide from our history”, adding it is “appropriate the debate that surrounds her legacy takes place here in Grantham”.

He said the statue would be a “fitting tribute to a truly unique political figure”, calling Baroness Thatcher “a significant part of Grantham’s heritage”.

The daughter of a grocer, Baroness Thatcher was born, raised and went to school in the market town.

Mr Cooke went on: “We must never hide from our history and this memorial will be a talking point for generations to come.”

He said he hoped it would encourage people to visit Grantham to learn more.

Graham Jeal, of the GCHA, said: “There has long been a conversation in Grantham about a more permanent memorial to the country’s first female prime minister who was an enormous political figure, both nationally and internationally.

“The delivery of the memorial has secured the museum for the next few years and has helped the museum finances survive the Covid pandemic.

“It is recognised that the full spectrum of views exist in Grantham about the legacy of Margaret Thatcher and an exhibition inside the museum illustrates this.”

Grantham also has a plaque to mark Baroness Thatcher’s birthplace, on the corner of North Parade and Broad Street.