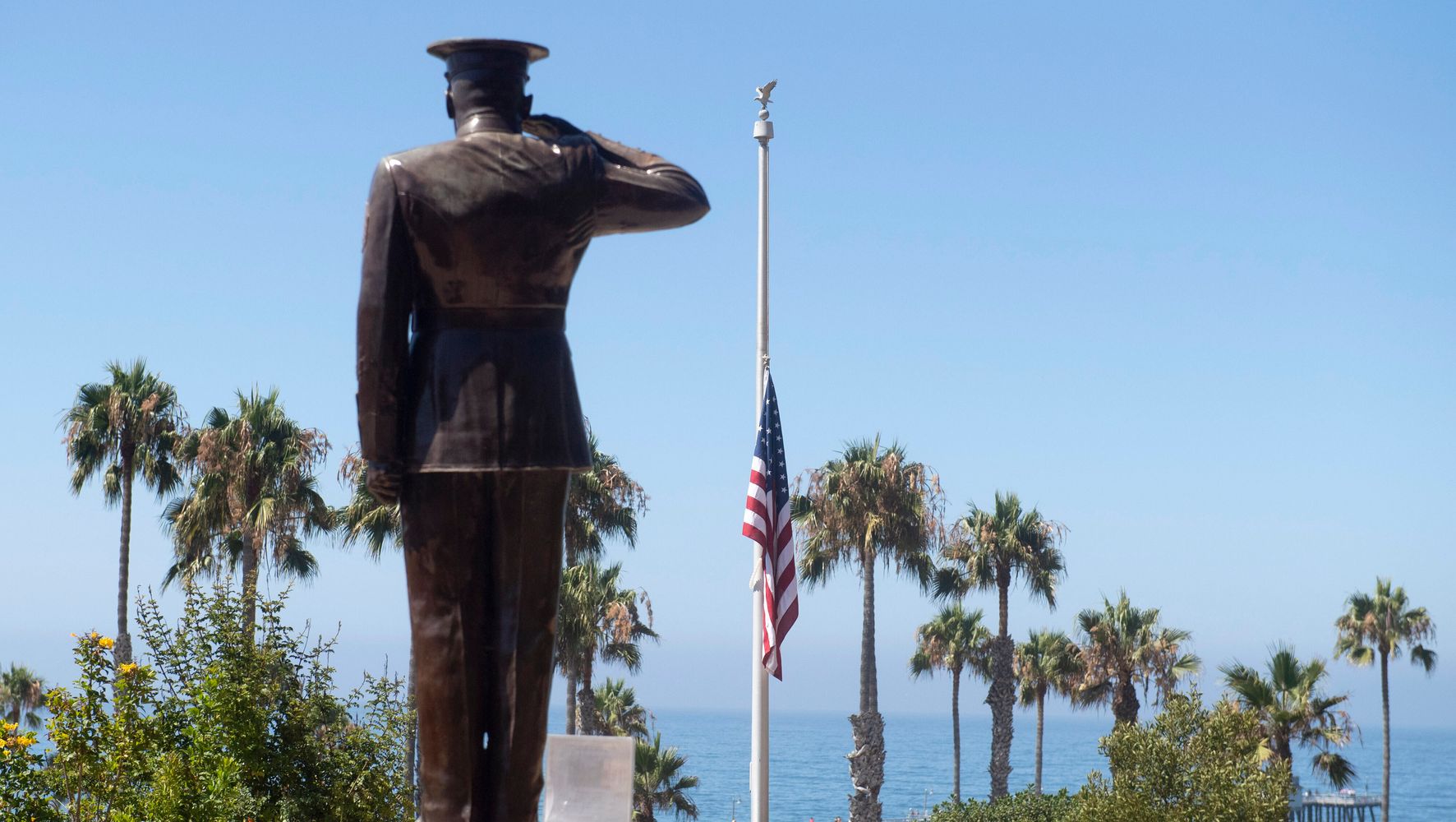 The Marines said they had called off the search that started late Thursday afternoon when the amphibious assault vehicle sank with 15 Marines and one Navy sailor aboard. Eight Marines were rescued, but one later died and two are in critical condition.

The 26-ton, tank-like craft took on water and quickly sank in hundreds of feet of water â€” too deep for divers â€” making it difficult to reach.

â€œIt is with as heavy heart that I decided to conclude the search and rescue effort,â€ said Col. Christopher Bronzi, commander of the 15th Marine Expeditionary Unit.

All of the Marines aboard were attached to the 15th Marine Expeditionary Unit, based at nearby Camp Pendleton, north of San Diego. They ranged in age from 19 to early 30s and all were wearing combat gear, including body armor and flotation vests, according to Lt. Gen. Joseph Osterman, commanding general of the 1st Marine Expeditionary Force.

The craft was one of 13 amphibious assault vehicles that had just completed an exercise. It was heading back to a Navy ship when it began taking on water about a half-mile from the Navy-owned island off San Diego.

Troops on board two other amphibious assault vehicles responded quickly but couldnâ€™t stop the sinking, Osterman said at a Friday news conference.

Over the course of the search, dozens of helicopters and ships searched more than 1,000 square nautical miles (2,590 square kilometers) of sea.

Efforts will now turn to finding and recovering the service members and investigating the circumstances surrounding the sinking, officials said.

The names of the victims will be released 24 hours after their families are notified.

The vehicle, nicknamed an â€œamtracâ€ â€• short for â€œamphibious tractorâ€ â€• was designed to be buoyant and had three water-tight hatches and two large troop hatches. The Marines use the vehicles to transport troops and their equipment from Navy ships to land.

The vehicles have been used since 1972, and continually refurbished.

The Marine Corps commandant, Gen. David Berger, suspended waterborne operations of all of its more than 800 amphibious assault vehicles across the branch until the cause of the accident is determined. He said the move was out of â€œan abundance of caution.â€

It was the deadliest of several accidents involving amtracs that have occurred during Camp Pendleton exercises in recent years.

In 2017, 14 Marines and one Navy sailor were hospitalized after their vehicle hit a natural gas line at the camp, igniting a fire that engulfed the landing craft.

And in 2011, a Marine died when an amphibious assault vehicle in a training exercise sank offshore of the camp.